Team KATUSHA is happy to announce that the German company Alpecin joins the team as partner for the 2017 season. The team will be registered as a Swiss UCI WorldTour team.

The clear transformation of Team KATUSHA, from a predominately national team to a solid international project, was already very visible in the 2016 peloton. The team of owner Igor Makarov set a new standard in 2016 cycling. The iconic 2016 jersey, elected as the most beautiful jersey of the WorldTour peloton, was not only the reflection of the launch of the new KATUSHA clothing brand; the new design and look of the team was a symbol, showing that cycling is the ideal vector to bring messages to fans and media.
– We are pleased that Alpecin embraces the opportunities of our innovative marketing concept. Riders like Alexander Kristoff, Tony Martin and Ilnur Zakarin are the perfect ambassadors for our brands. In the past months we could already notice their effect on brand awareness of KATUSHA Sports. Alpecin will have the same access to this opportunity to deliver their brand messages. We found each other, we are on the same wavelength, and look forward to having a long marriage together, says Alexis Schoeb, Board Member of KATUSHA-Alpecin, on Tuesday at the press meeting in the Alpecin headquarters in Bielefeld.

– Two years ago we started our involvement in cycling. Many people were initially very critical but in the end it was a great success. Now we see major opportunities for the new approach of KATUSHA. We want to drive the project forward together from 2017 onwards and to gain the benefits for Alpecin. This will be an exciting task and it is the next logical step. In addition to possible sporting successes, we will continue to support German cyclists and positively change cycling as a whole, says Eduard R. Dörrenberg, managing partner of the family-run manufacturer of the successful men’s shampoo Alpecin. 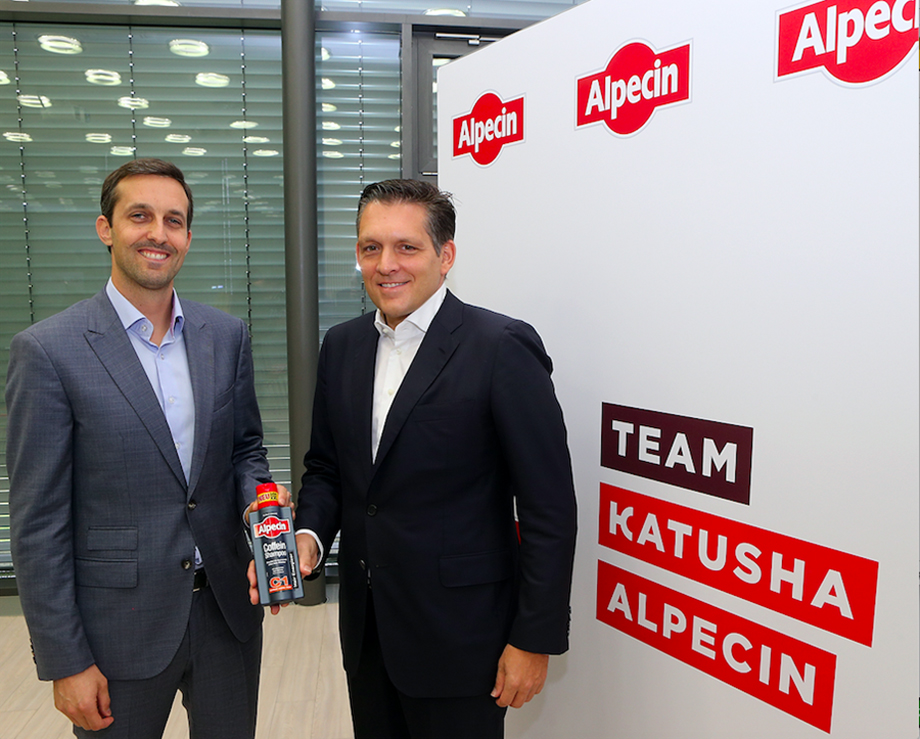 – As we are now a real international team, it was logical to change the team nationality to the neutral Swiss nationality. Moreover, all KATUSHA company offices have always have been located in Switzerland for the past eight years. Our move to Switzerland is especially symbolically important, – added Alexis Schoeb.