Kids and Fans Become Stars in the Tour de Pologne

We’re getting closer to the Tour de Pologne scheduled from July 27 to August 3 which will take off this year from Italy, with the first two stages in Trentino. According to tradition, the atmosphere of the race will be enhanced by two important events that were officially presented this week by the Tour de Pologne organizers in Warsaw. 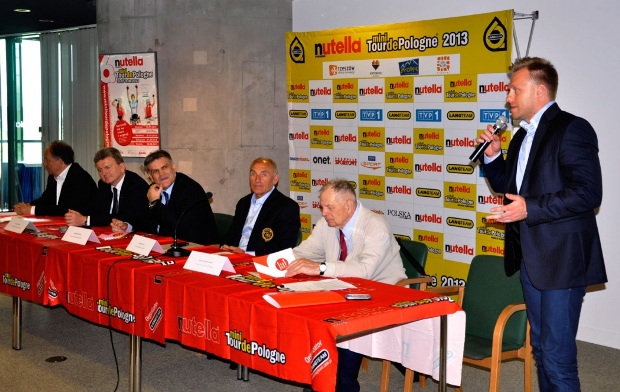 The introductory press conference took place on Tuesday, June 4 at the offices of the Polish Olympic Committee. In addition to General Manager of the Tour de Pologne Czeslaw Lang, Enrico Bottero (General Manager of Ferrero Polska) was also on hand, along with Janusz Majcher (Mayor of Zakopane), Wacław Skarul (Presidente of the Polish Cycling Federation) and Marian Wieckowski (three time winner of the Tour de Pologne and promoter of youth cycling). 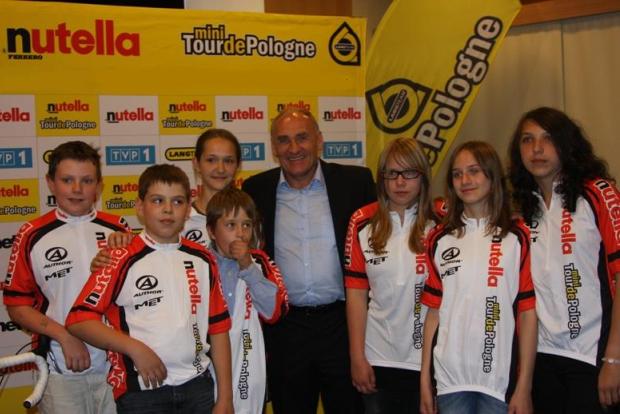 “The Nutella Mini Tour de Pologne has become an integral part of the Tour de Pologne” explains Czeslaw Lang. “We are very happy because each year there are always more young participants and this strongly testifies to the enthusiasm that surrounds our bicycle race here in Poland. We are extremely thankful to Ferrero, which supports us with passion and commitment in organizing this extraordinary event dedicated to children.” 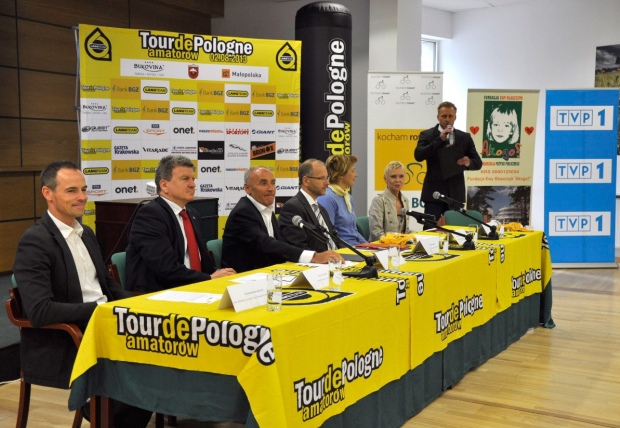 Every day, in addition to prizes for the winners, all the children who participate in the race will receive a beautiful official Nutella Mini Tour de Pologne T-shirt and plenty of splendid gadgets offered by the Tour de Pologne and Ferrero.

The second event is the Tour de Pologne Amatorow, which was presented on Wednesday, June 5 at the central office of Bank BGŻ, which is the main sponsor of the initiative. This is the event dedicated to cycling tourists and all the fans who want to put themselves to the test on the same roads faced by the pros in the Tour de Pologne. After the fantastic success of past editions, which saw the participation of more than 1500 cyclists, this year, too, the amateur race will take place on the second-to-last day of the race, on Friday, August 2, against the splendid background of Bukovina Tatrzanska. 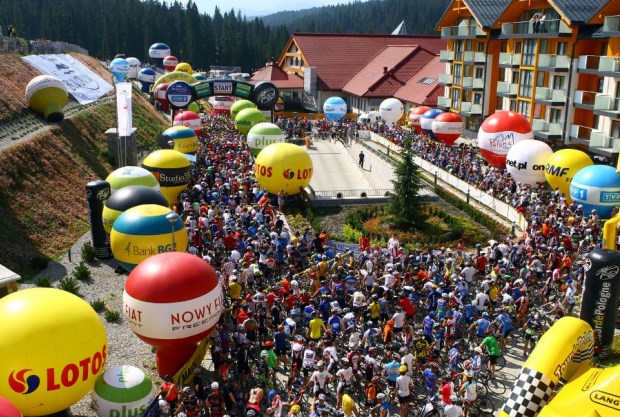 To baptize the event along with Czeslaw Lang were Witold Okarma (Vice President of Banka BGŻ), Małgorzata Zdzienicka-Grabarz (Manager of the Sponsoring Department for Banca BGŻ), Ewa Błaszczyk (President of Foundation „Akogo?”) accompanied by actor Waldemar Błaszczyk (Ambassador of the „Akogo?” Foundation) and Wacław Skarul (President of the Polish Cycling Federation).

“The route will be the traditional one, starting from the Bukovina Terma Hotel Spa and arriving at Bukovina Tatrzanska against the backdrop of one of the most spectacular stages in the 2013 Tour de Pologne” explains Czeslaw Lang. “To see the enthusiasm of all the fans who come to Bukowina every year to participate in this event is one of the best feeling imaginable. Besides participating in the Tour de Pologne Amatorow it is an important gesture for charity. This year we are continuing our partnership with the „Akogo?” Foundation, which we support with funds raised from registration fees.”

For information and registration: https://www.tourdepologneamatorow.pl/.