Kirsten Wild has continued her successful week of racing in China with a superb win at the Tour of Chongming Island World Cup.

Having already taken the overall victory at the three-day Tour of Chongming Island earlier this week, together with two individual stage wins, the Team Giant-Shimano Women’s Team knew that they and Kirsten were on a good run.

The World Cup race presented another potential sprint opportunity and the team rode to control the race and set Kirsten up for a fast finish.

Despite a fall for Willeke Knol in the final three kilometres, the team managed to get Kirsten into position on the Wiggle Honda sprint train from which point she came through for the team’s 15th win of the season.

“I’m super happy with the win today,” said Kirsten after the finish. “It was so cool – we dominated the race as a team and managed to control it from start to finish. Marijn [de Vries] and Julia [Soek] took care of things early on and then later Sara [Mustonen] and Willeke [Knol] took over for the finish.

“Things got a bit tricky after Willeke came down with 2.5km to go but Julia carried on and took over Willeke’s role. I got into the Wiggle train and started early, with 220m to go. After the stage wins earlier this week we were confident in setting the race up for a sprint and the team had faith in me being able to finish it off.”

Team Giant-Shimano coach, Ruud Verhagen said: “The race went to plan again today and it’s been a great display by the team all week. When Willeke came down the others did not panic and Sara did well to take over the lead-out at the end and put Kirsten into a good position.

“I’m proud of the performance both here and earlier on this week and together with Maaike [Polspoel] taking her first win yesterday, hopefully this can serve as the start of a good run of form for the Women’s Team.” 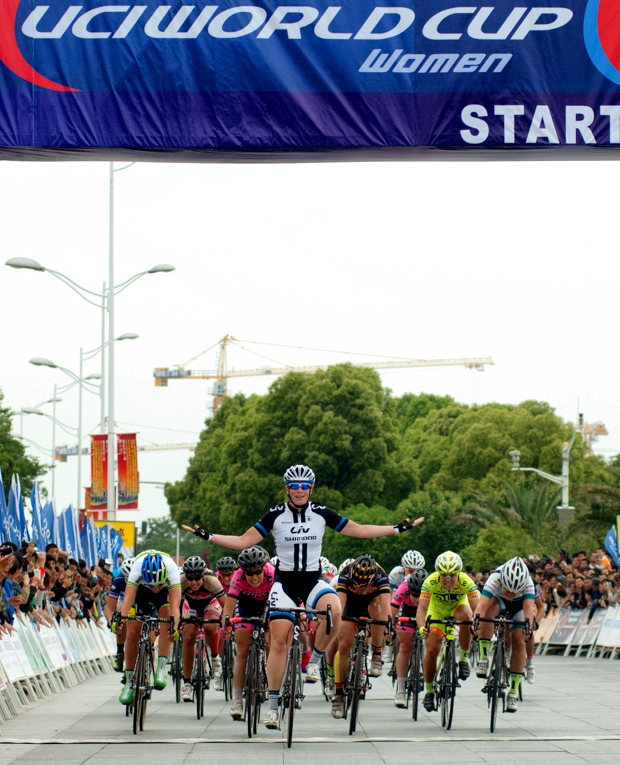 Ciavatta Conquers the Red Jersey for the GPM