Tinkoff-Saxo finished off on a positive note in Tour de Langkawi. Michael Kolar took third place in the final sprint, behind stage winner Andrea Guardini and Caleb Ewan, while Jesper Hansen moved up from seventh to sixth due to intermediate bonus seconds.

Following the 8th and final stage of the Malaysian race, Tinkoff-Saxo’s DS Tristan Hoffman noted that the riders had kept the pressure high until the final kilometer of the race.

“I’m happy with Jesper Hansen and the fact that he moved up to sixth. He advanced a single spot due to bonus seconds along the stage but it shows that he’s willing to fight for every single position. It’s a good result for him and also for Michael Kolar, who was third on the stage behind Guardini and Ewan, who have been really strong. Kolar hasn’t really had the results he had hoped for until today, where he proved to himself that he’s on the right track”, says Tristan Hoffman. 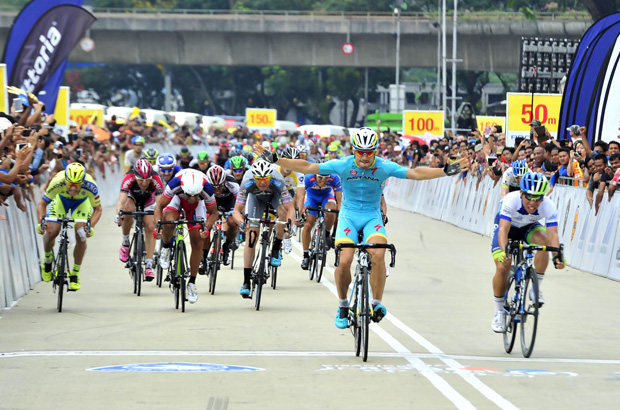 Stage 8 to Kuala Lumpur spanned 96,1km in mainly flat terrain. Bruno Pires was a part of the 4-rider breakaway that formed early on the stage and wasn’t caught until two kilometers to the finish line.

“Bruno Pires made a good effort in the break and it nearly made it to the finish line. However, the sprinter’s teams wanted to join in on the fight for the win. In the sprint, Pavel Brutt set up Kolar and I think they did well”, adds Tristan Hoffman, who was satisfied with the last effort but acknowledged the fact that the team hadn’t reached the goal of winning a stage.

“We came here to win a stage and to do well in the GC. I think we can be happy with Hansen’s performance in the overall classification but our general performance in the sprints could have been better. However, I think that we finished on a positive note. Also, the guys got a lot of kilometers into the legs, which is a good thing for the rest of the spring season”, finishes Tristan Hoffman. 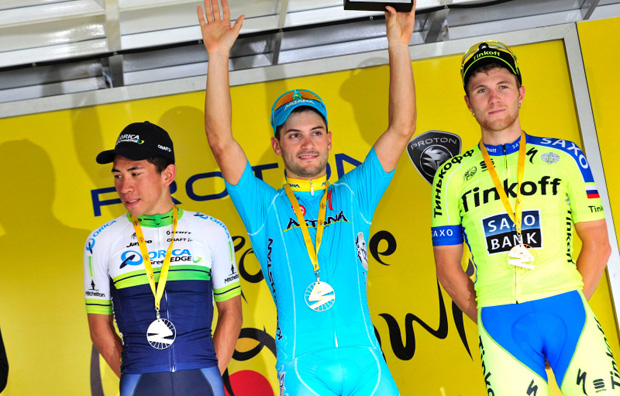