Ignatas Konovalovas has once again claimed the national time trial championship, adding to Team MTN-Qhubeka p/b Samsung’s collection of national titles. It was the fourth title for the Lithuanian, who previously won the title from 2008 to 2010, and was runner-up in 2012.

“I am so happy to finally win again. I wasn’t feeling great all day but am very happy now,” Konovalovas said. “Thanks the team for the great support.”

The newly crowned champion will be able to show off his national jersey soon. “Ignatas will be able to proudly present his new outfit at the Tour of Austria,” said sport director Jens Zemke. “That’s a good feeling.”

It was the first win for the 27 year-old in three years – since winning the title in 2010, in fact. This season he had to pause for over a month with muscle problems, and showed signs of his returning good form with a tenth place finish in the Tour of Bavaria time trial the end of last month.

Sergio Pardilla will wear the colours of the first African Professional Continental team in the Spanish national road race, and Konovalovas will ride the Lithuanian road race. 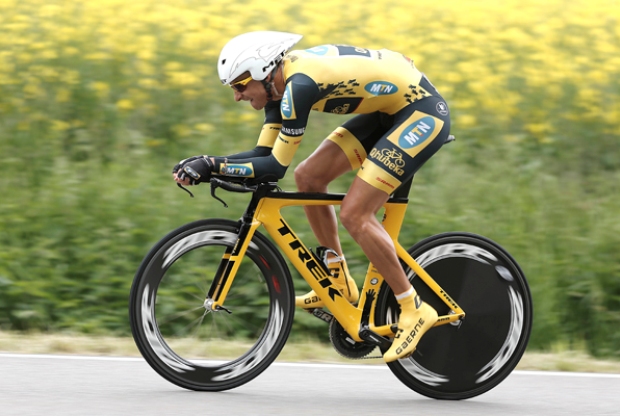