Krakow to be the “Capital” of the Tour de Pologne

Presentation of the 2018 edition’s “Grand Depart” and the other stages in the Malopolska Region.

The city of Krakow is already known throughout the world as the historic and cultural capital of Poland, and now it has become one of the showcase cities in the Tour de Pologne. Throughout the years this magical, fascinating and historically significant town has hosted starts or arrivals for many editions of the major Polish bicycle race. 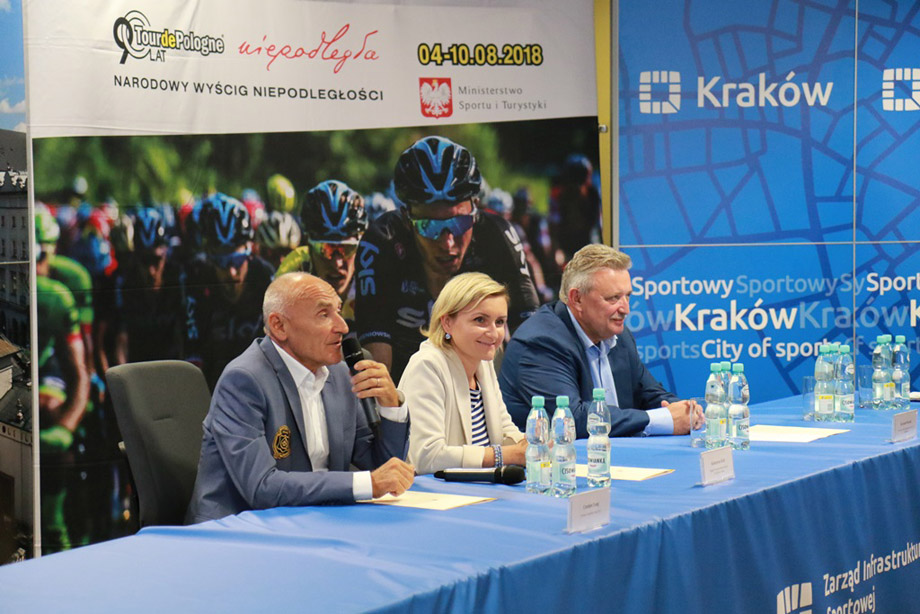 For the second year in a row the Tour de Pologne has chosen Krakow as the location for the Grand Depart of the race, which will kick off from here on Saturday, August 4th. 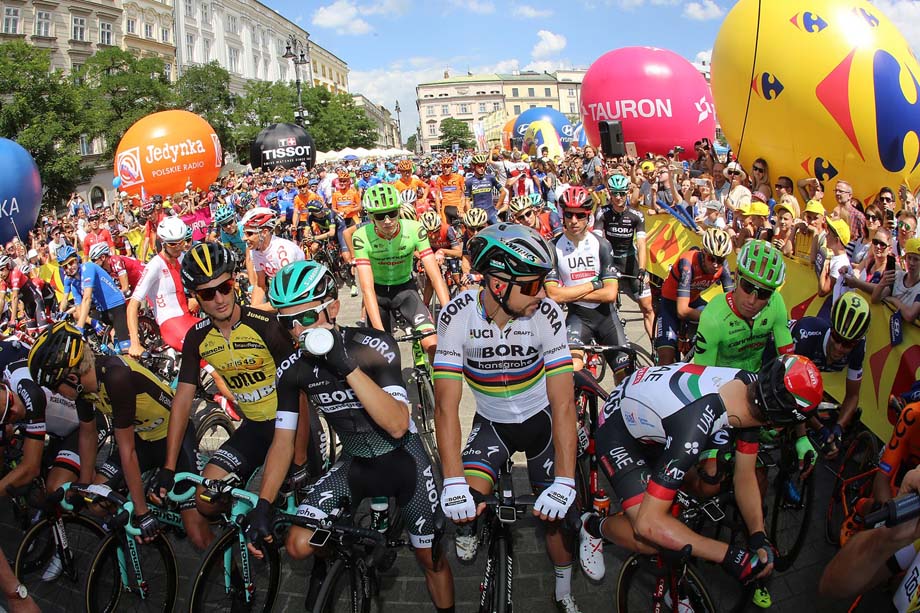 “In the year celebrating the centennial of Polish independence and 90 years of history in our race, Krakow provides the perfect location for the Grand Depart of this 75th edition of the Tour de Pologne. It’s an edition that promises to be special in terms of both sports and symbolic perspective. Just consider recent history to rediscover all the memorable stages hosted in Krakow: spectacular sprinting arrivals, time trial tests with arrivals amidst roaring crowds in the awesome Rynek Glowny (i.e. the downtown central market square), but also stage starts featuring plenty of special attractions. Krakow is to the Tour de Pologne what Paris is to the Tour de France” explains General Director for the Tour de Pologne, Czeslaw Lang. 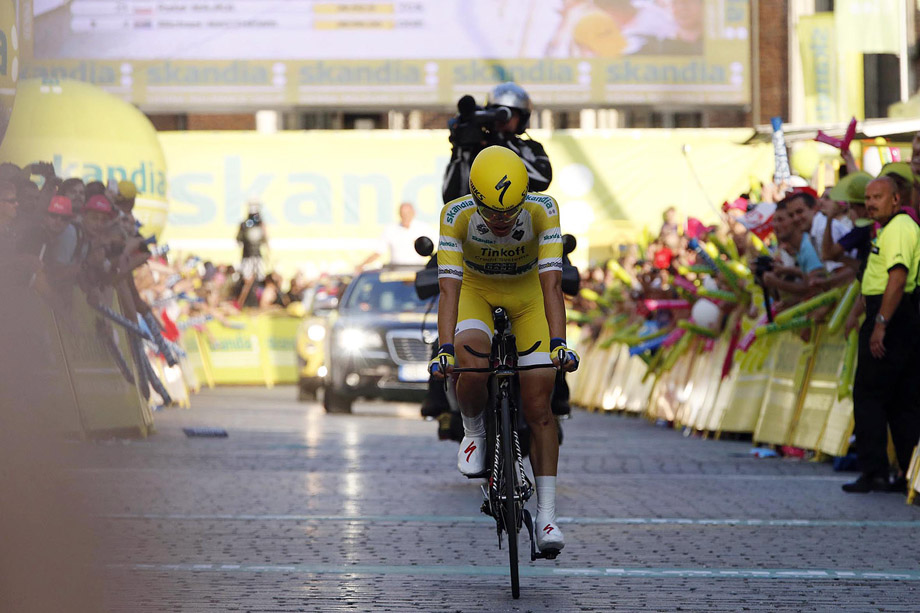 And it’s not all just about Krakow; the entire region of Malopolska boasts a long tradition in the history of the Tour de Pologne and will also play an important role in 2018 as well as in future editions. The project was outlined during the press conference that took place today, Wednesday, June 13th, at ZIS (Zarzad Infrastruktury Sportowej w Krakowie) which is the main centre for sports development in Krakow. General Director for the Tour de Pologne Czeslaw Lang was on hand for the occasion, as were the Vice Mayor of Krakow and delegate for Sports and Education Katarzyna Krol and the head of ZIS, Krzysztof Kowal. 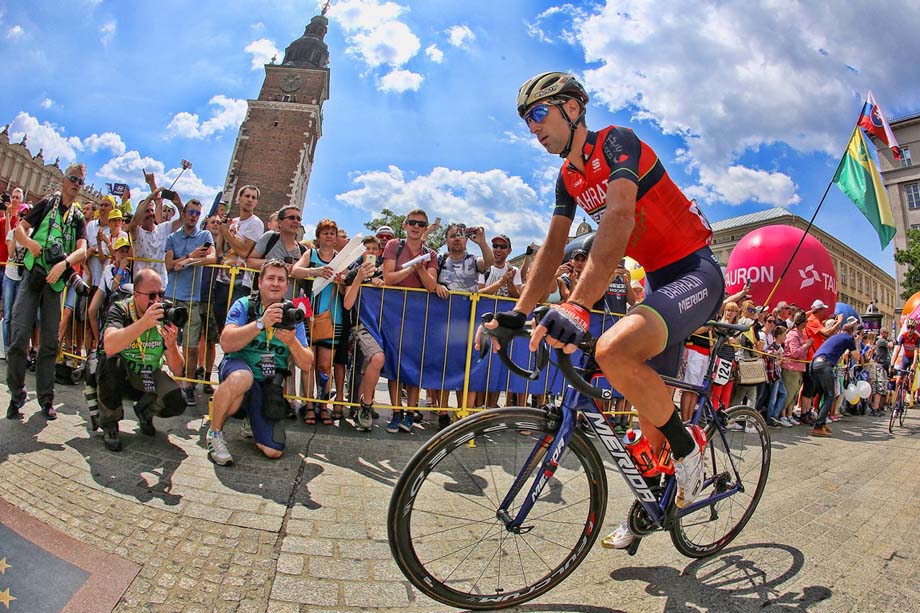 This year 4 out of the 7 stages scheduled will play out on the roads of cities in the Malopolska region. We begin with stage 1, the inaugural fraction, Krakow – Krakow for 134 km. Then we will come back to this same region for the last three stages. In fact, stage 5 will set off from the famous salt mines in Wieliczka, on the outskirts of Krakow, and arrive in Bielsko-Biala after 152 km. Then stage 6 will venture into the Malopolska mountains with a fraction dedicated to the renowned tourist resort of Zakopane.

This 6th stage took shape after the Slovakian location of Poprad pulled out of hosting the arrival, so now the stage will set off from Zakopane and arrive to the Bukovina Resort. The stage will cover a total distance of 130 km and feature 12 GPM mountain primes. 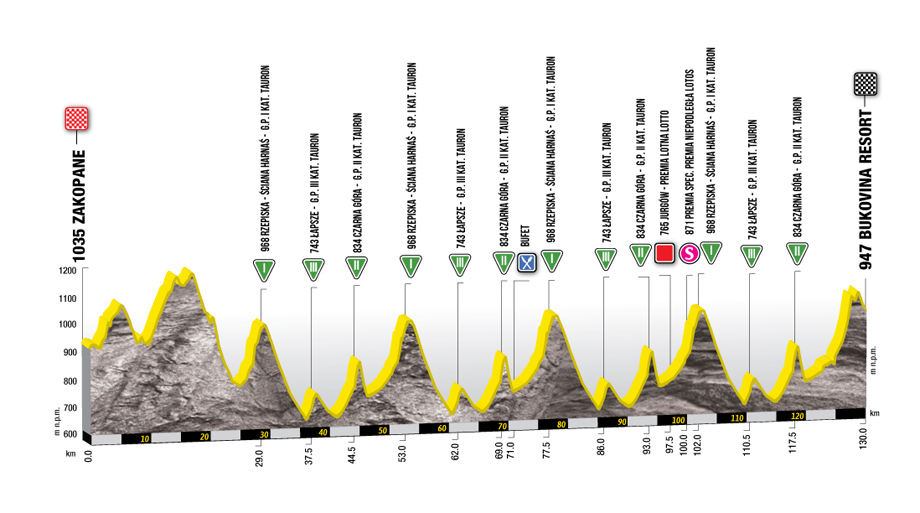 Finally, for the grand finale of the 75th edition, the Tour de Pologne once again has chosen the heart of the Tatra Mountains and the lovely town of Bukowina Tatrzanska. On Friday, August 10th, stage 7 will start out as it always has, from the Bukovina Resort. A gruelling, 136 km race will declare the winner of the final yellow jersey. And on the same day Bukowina Tatrzanska will also host the Tauron – Tour de Pologne Amatorow, the granfondo event that will take amateurs and cycling tourists for a ride along part of the same route in the race contended by the pros. 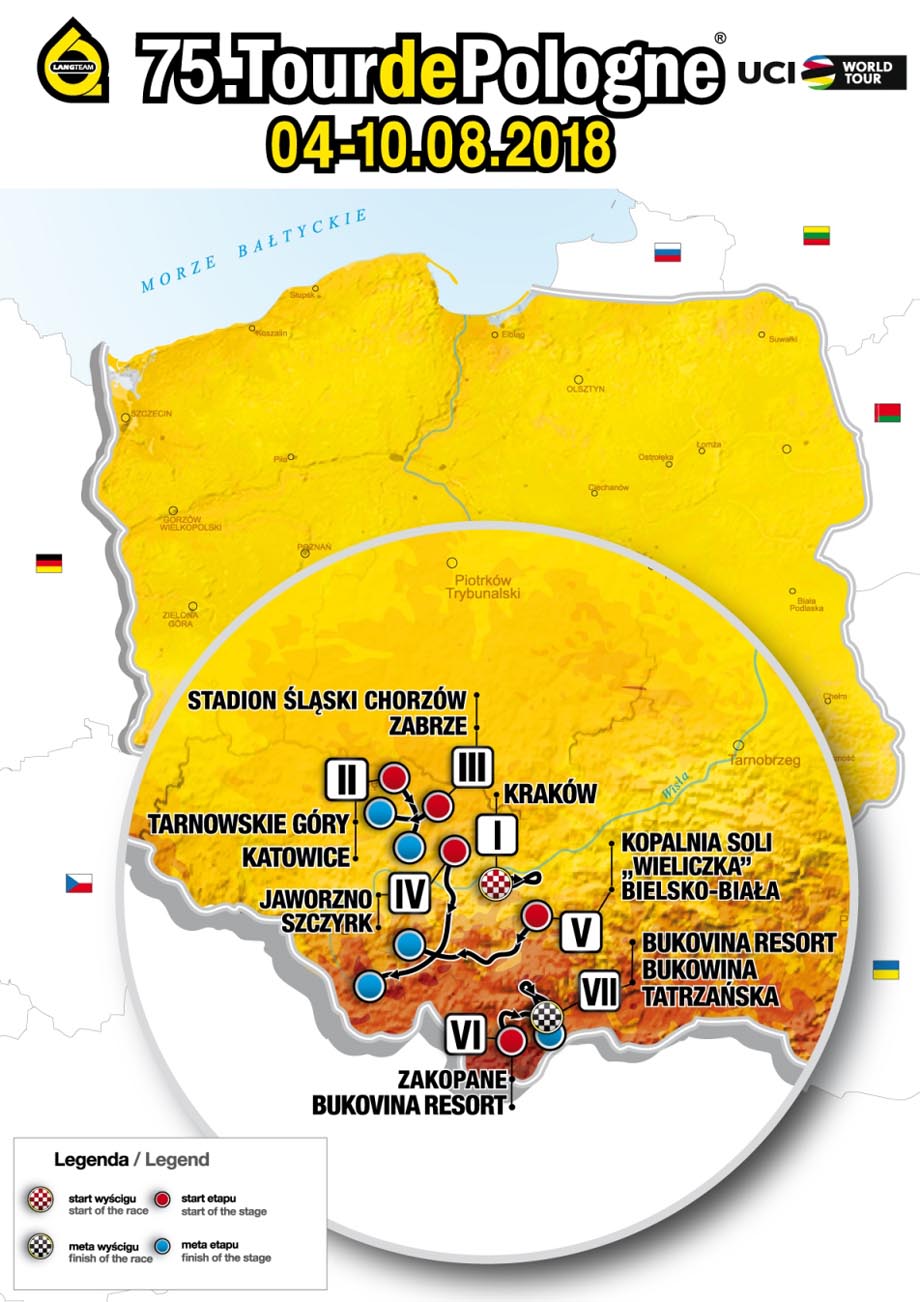