Kritskiy second in stage two of GP Udmurtskaya Pravda, stays in the lead

RusVelo rider Timofey Kritskiy came in second in stage two of GP Udmurtskaya Pravda, a result which actually gave him some more precious seconds as a cushion for his lead in the general standings. The 120 km-long race started and finished in the regional capital Izhevsk; it was marked by bad weather, multiple crashes and mechanicals. The stage was decided in a late breakaway of three who played for the stage between them. Sergey Nikolaev (Itera-Katusha) won the sprint ahead of Kritskiy and his Itera Kutusha teammate Dmitriy Kosyakov.

RusVelo DS Alexander Efimkin said:
“It was an extremely hard day with weather conditions more characteristic of an early season Belgian classic. Just +12, lots of wind, rain. I’m reasonably happy with the teamwork, the guys kept the race under control, not letting an early escape gain too much time on the leader. Then it was Timofey’s turn to look for an opportunity in the finale, and he did what he needed to do to strengthen his lead. Strategically speaking, the stage went well for us; Itera-Katusha rode very aggressively today, so it was a well-deserved win for them.” 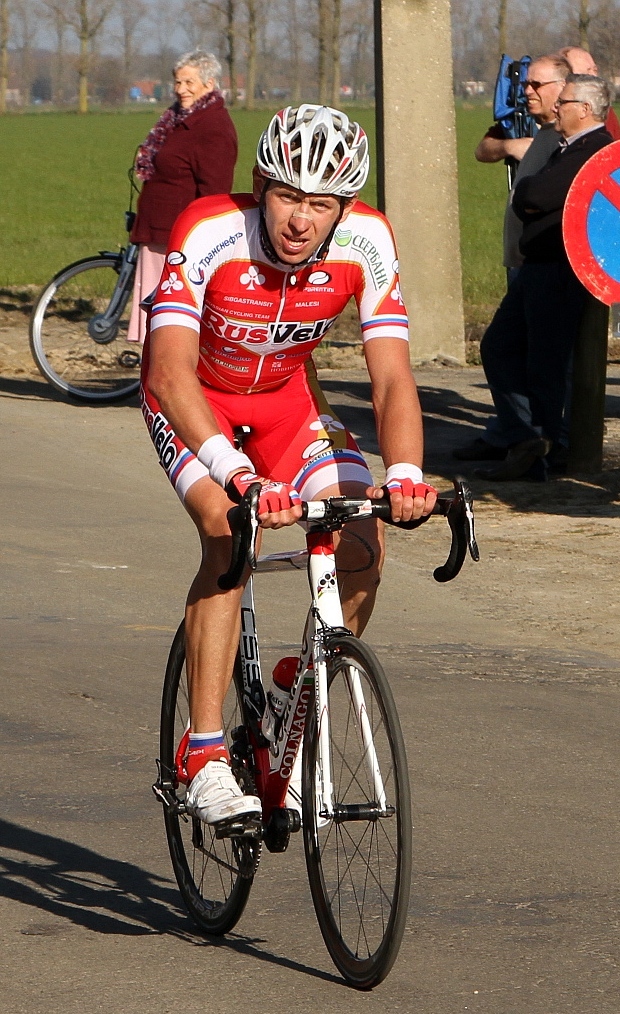