Timofey Kritskiy, true to his reputation of a regular winner in remote time zones, took stage 7 of the Vuelta Kölbi a Costa Rica. The 135 km-long course between Liberia and Puntarenas had a predominantly flat profile and it was easy to expect a bunch sprint in the end. However, in fact, the win was a result of a tuff selection and a solo to the line, just like in the Tour of Quinghai Lake where Kritskiy also soloed to the line.

RusVelo DS Alexey Markov, who coordinates the actions of the Russian national team at the race, gave his detailed account of the event: “It looked so easy on paper, but turned out pretty demanding in the reality. The profile was anything but flat; throw in a strong wind and a broiling heat too. 20 km into the stage a group of 18 rode away and was never chased down, with the time difference reaching six minutes- There were two Russians in the escape, Kritskiy and Artur Ershov, which left some room for tactical games. Right after an intermediate sprint Timofey launched a powerful attack getting a good gap almost instantaneously. A series of counterattacks in the chasing pack split it in two; unfortunately, Artur found himself behind the split. The lack of unity among the chasers played into the hands of the attacker, as a result Kritskiy finished almost a minute ahead of the fastest of them, local rider Carlos Brenes. We expected a sprint finale, but were naturally quite happy with the actual scenario”.

Timofey Kritskiy said: “There was no end of attacks all along the way; with Artur we were keen not to let anyone go and to try our luck with a breakaway closer to the finish. It felt like we had a better level of endurance than most of them, so an attack from afar could do the job. We were looking for a chance of a counterattack, and when it turned up, I made the most of it. We are here to get ready for the track events from January on, but when an opportunity presents itself, we don’t let it pass. There are four days left, and we hope for another chance”. 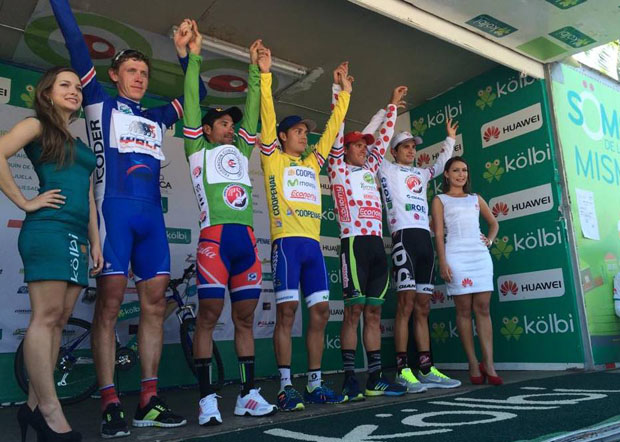 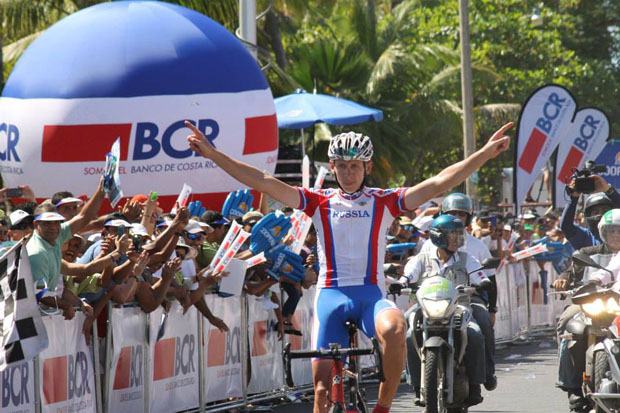