Vuelta’20 Route: This Tuesday, the Madrid Marriott Auditorium Hotel hosted the official presentation of the La Vuelta 20 route. This will be a very special year for the Spanish grand tour as it celebrates its 75th edition. La Vuelta 20 will take off from The Netherlands on the 14th of August, with a first stage taking place entirely in Utrecht (TTT); and will end in Madrid on the 6th of September. With a top level audience, and 11 winners of La Vuelta among them, some of the best riders of the peloton such as Alejandro Valverde, Nairo Quintana, Miguel Ángel López, Miguel Indurain have discovered the course of the next edition of La Vuelta. 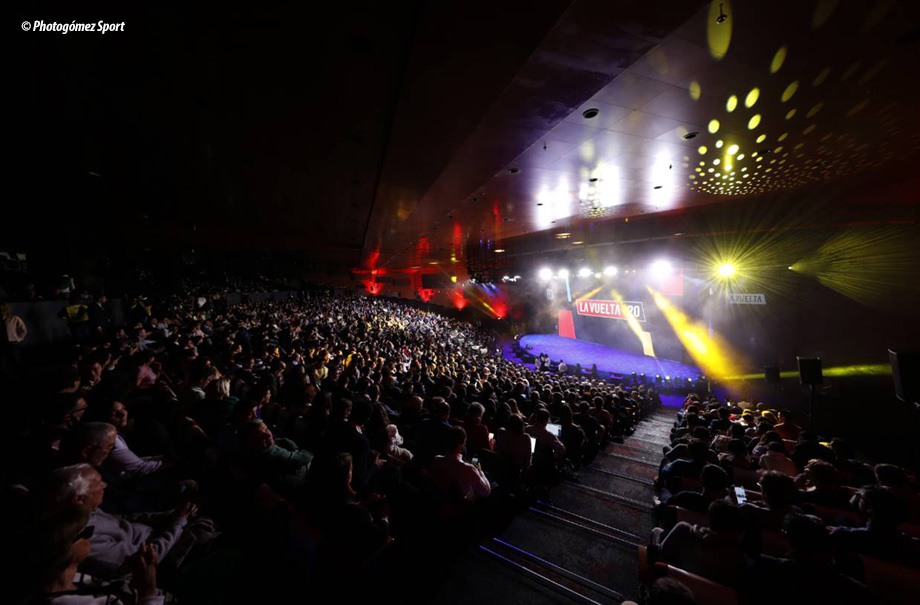 On Tuesday the 17th of December, Unipublic presented the route of La Vuelta 20, that will take place between the 14th of August and the 6th of September 2020. For the fourth time in its history, the Spanish grand tour will start abroad. The peloton will depart from The Netherlands, a territory that is already familiar to La Vuelta, as it celebrated an official departure from Assen in 2009. On this occasion, Utrecht, ‘s-Hertogenbosch and Breda will be the cities in charge of signalling the start of the race.

Following the first rest day, back on Spanish territory, the race will recommence from a place that is very special to cycling: the Basque Country. Basque fans will fill the roads for a stage taking place entirely in Guipúzcoa. Later, the peloton will pass through the Chartered Community of Navarra, Soria, Zaragoza and Huesca, before crossing the border yet again for an iconic stage finale at the Col du Tourmalet, in the French Pyrenees.

A second rest day will allow the riders to recover before an extremely demanding second week that will take place in the Northern half of the peninsula. Back in the Basque Country, the race will continue on through Álava, La Rioja, Burgos, Palencia, Cantabria and Asturias. The Principality has been offering us the best cycling spectacles for years and 2020 will be no exception. Two La Vuelta icons will test the peloton over two consecutive days with high-altitude finales in Alto de La Farrapona and in Alto de L’Angliru.

During its last week, the race will take place in the peninsula’s West, with two entire stages and one departure held in Galicia, including an individual time trial with a finale in the beautiful Mirador de Ézaro. A Galician adventure that will cross the four provinces of the autonomous community in just three days. Our return to the peninsula’s centre will take the most direct route: through Portugal, that will host a finish-line (Porto. Matosinhos) and a stage departure from Viseu. Salamanca will be the cherry on top with a final stage in La Covatilla that will precede the final procession in Madrid. 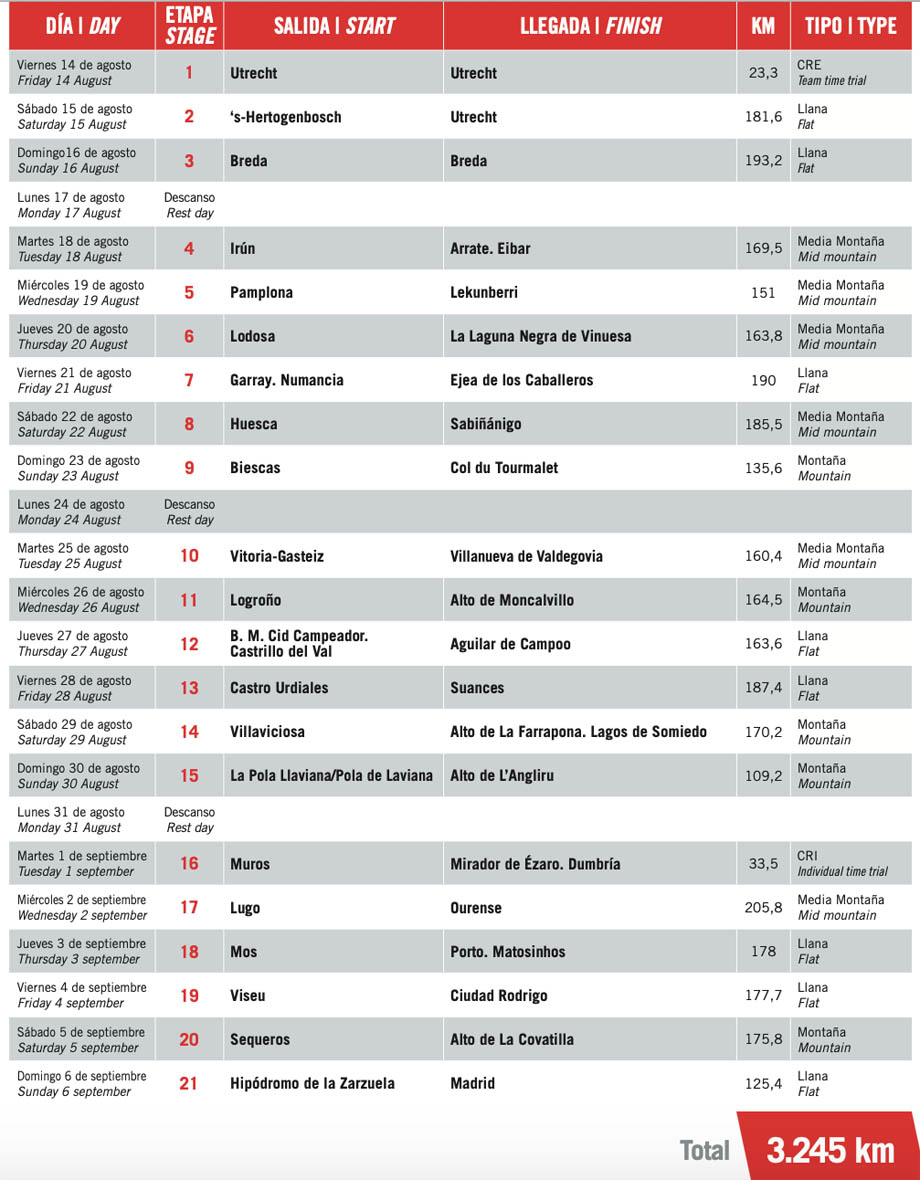 75TH EDITION OF LA VUELTA
84 years and 74 editions have passed since the departure of the very first edition of La Vuelta, in 1935 (85 years ago). “The race has undergone many transformations throughout its history, but I would go as far as to say that we are currently in our best moment. We have built a real personality for the race, characterised for its spectacular and unpredictable nature as well as for its innovative and daring spirit. 74 editions under our belt that show just how hard we’ve worked to get where we are today”, said Javier Guillén, General Director of La Vuelta.

THE MOST INTERNATIONAL EDITION OF LA VUELTA
The 75th edition of La Vuelta will be very special due to its anniversary year, but also due to its official departure from The Netherlands, only the fourth time in La Vuelta’s history that it begins abroad. “I can think of few places better than Holland to celebrate a cycling anniversary. It is a territory that lives and breathes for cycling. That said, for the 2020 edition, we wanted to do something extra special and ended up designing the race’s most international route in its long history. We will visit four countries: Holland, Spain, France and Portugal, thus becoming one of the most relevant European sporting events in 2020”, concluded Guillén. 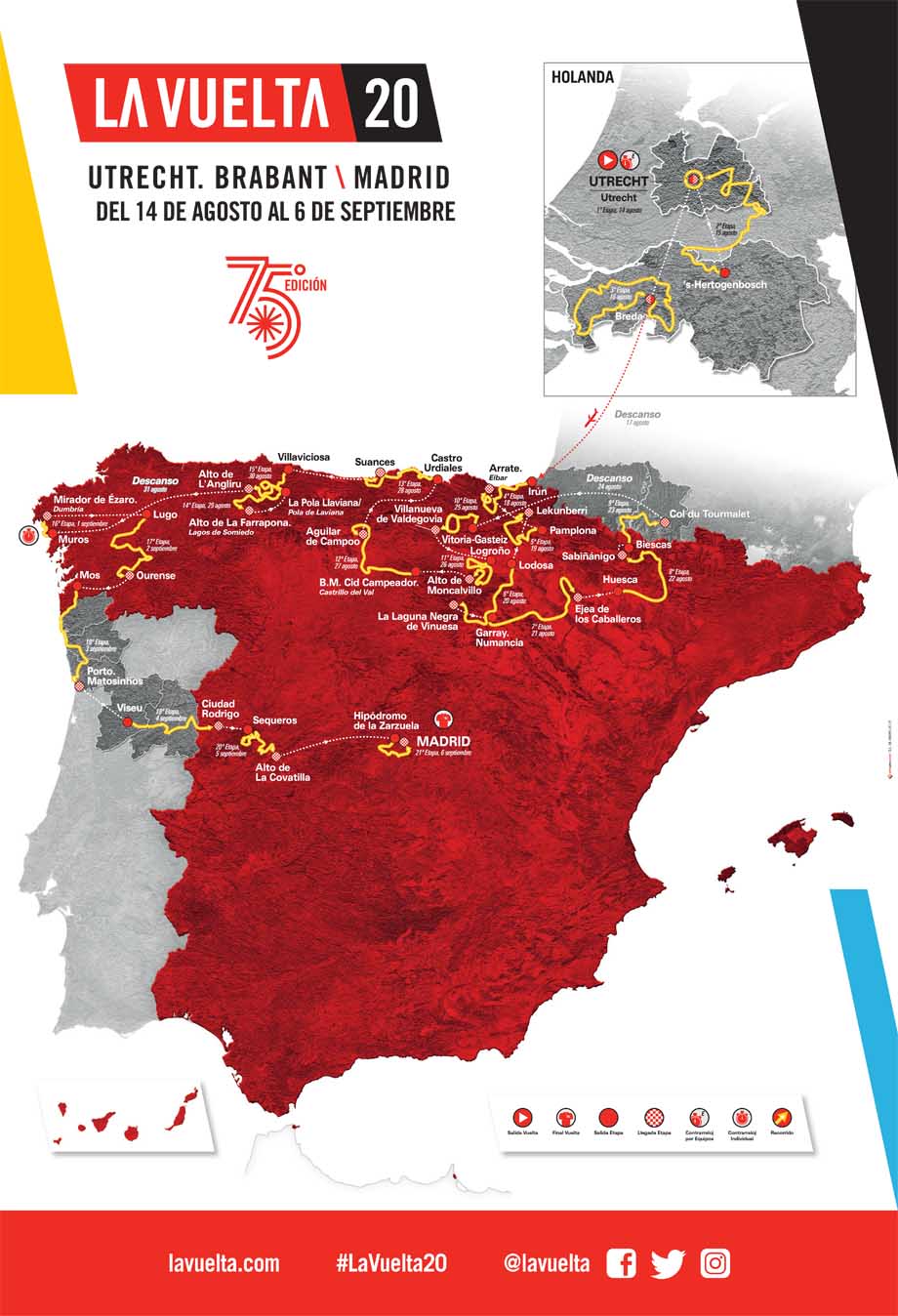