Ladies Tour of Qatar: First Race and First Podium for the #yellowfluo Ladies

Second position for Shelley Olds, at her debut in #yellowfluo jersey. Great debut also for Barbara Guarischi, 7th, best of the Italian cyclists. Good race for the whole team.

First race of the season and first podium for ALÉ – Cipollini – Galassia: in the opening stage of Tour of Qatar the #yellowfluo ladies can celebrate for a good second place, conquered by the American Shelley Olds, at her debut in the Italian women dream team.

Great bedut in #yellowfluo jersey also for Barbara Guarischi that ends in 7th position: she is the best among the italian cyclists.

As expected, the opening stage of the sixth edition of Tour of Qatar (Museum of Islamic Arts – Mesaieed 97km) was marked by the wind and, as predicted, it was decided with a final sprint. 88 cyclists at the start, representing 15 teams. The first hour of the race running fast, at an average of over 46km/h, and the group remains compact. The strategies begin to emerge when the girls arrive in the final circuit, to go twice. 20 athletes decided to fight for the victory. Their advantage arrived to more than one minute, the girls at the head of the group, in the last kilometres, had the opportunity to studied each other and to understand which could be the best tactic to deal with the final sprint. Kirsten Wild, the winner of three of the five previous editions of the race, including the last one, launched the attack, winning the two intermediate sprints and also the final one. The first stage of Tour of Qatar is won by her, but the #yellowfluo Shelly Olds does not miss the second place, so going to crown the great work done by the whole team. So, for her this was an excellent debut in #yellowfluo jersey, as well as for Barbara Guarischi, 7th at the finish line, the best one among the Italian cyclists.

“It was important to start well, it was what we wanted, and we succeeded in doing this” – says the Sporting Director ALÉ – Cipollini – Galassia Luisiana Pegoraro – “We worked well today”. 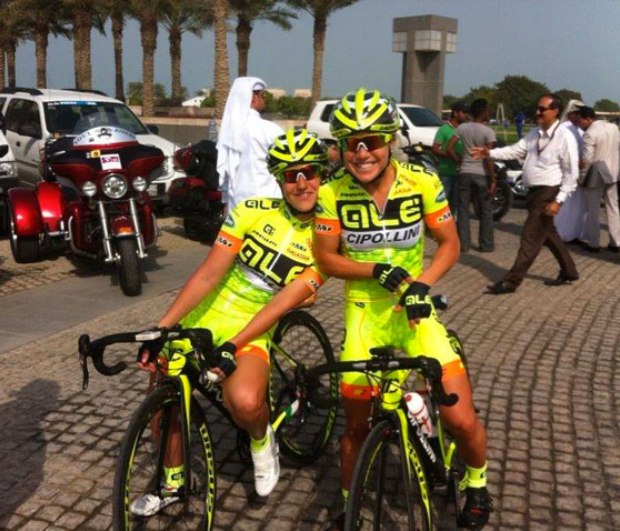