Ladies Tour of Qatar: #Yellowfluo Protagonists of the Third Stage

Alé – Cipollini – Galassia near the second podium of the season: Shelley Olds ends the stage in 4th position. Barbara Guarischi is 6° and once again she is the best among the Italian cyclists.

“A very good race, we have been always among the strongest cyclists. We did a great work, we ran as I like” Luisiana Pegoraro, Sporting Director of Alé – Cipollini – Galassia, is very satisfied with the performance of her girls, that have been protagonists of the third stage of Tour of Qatar. The regret for the second podium of the season tinged with a whiff there is, but it remains in the background: “The podium could be the culmination of all the work done today, but I’m satisfied. We have shown to be able to stay with the strongest cyclists: we were always at the head of the group, I want to congratulate the girls”.

The #yellowfluo are really among the protagonists of the third stage of Tour of Qatar, Katara Cultural Village – Al Khor Corniche 93.5 km. The cyclists are compact up to 38 km, then the speed increases and the pack brokes up into several groups. When there are still 25km to go: 14 the athletes that come off, among them there are two #yellowfluo, Barbara Guarischi and Shelley Olds. She launches the final sprint, probably a little too early. Kirsten Wild is really terrible on these roads and takes her seventh success among the sand of Qatar. Unfortunately, today Olds fails to conquer the podium: she ends in 4th position. Barbara Guarischi crosses the finish line in 6th place, even today, as in the first stage, she is the best among the Italian cyclists. 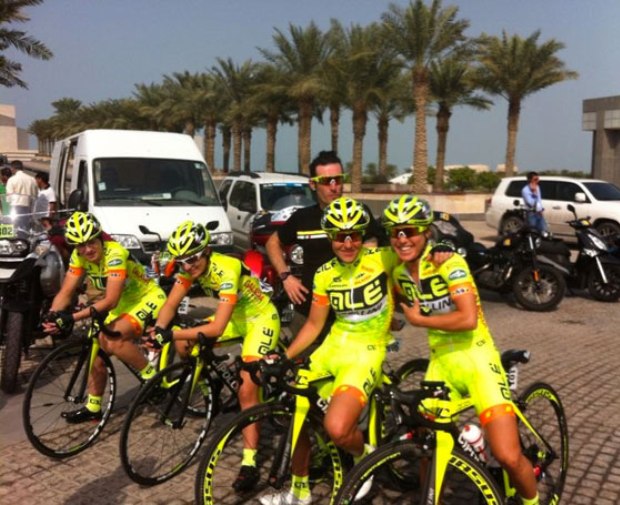