Orlando Maini: born in Bologna (Italy) on 1958, he began to work as sport director on 1995. He joined Galbusera family’s team in 2011, taking care especially of the performances in Grand Tours.

Josè Antonio Fernandez Rodríguez Matxin: this Spanish technician, born in 1970, has a long experience as technician, having made his debut in 1993 working for Gas Euskadi. In 2013 his cooperation with LAMPRE-MERIDA, as director for foreign races.

Simone Pedrazzini: born in Lugano (Switzerland) in 1967, as sport director of Velo Club Lugano he gave a fundamental contribution to cycling development of Oscar Camenzind, Robert Hunter and Rubens Bertogliati, trhee riders that are part of Team Lampre’s history.
His skill in working with young riders will be very useful to talent valorization policy from Team LAMPRE-MERIDA.

Daniele Righi: 37 years old, after 10 years as cyclists in Lampre group, in 2013 he became assistant of the technical staff. Now, after having cleverly attended the UCI course for World Tour sport director, he’s ready to get on board of LAMPRE-MERIDA’s team cars, giving his experience support in the Classics races.

Bruno Vicino: born in 1952 in Villorba, he could be proud of 28 seasons he spent as sport director. He’ve been member of blue-fuchsia technical staff since 2005, receiving appreciation for his skills as co-director in stages races and his experience in transoceanic races.

Marco Marzano: 33 years old, he closed his 8 years career as cyclists in blue-fuchsia in 2012, becoming the assistant of the technical staff of Team LAMPRE-MERIDA and playing a key role as link between the sport directors and the cyclists.

“We’re ready to face the season thanks to a qualified technical staff – team manager Copeland explained – All the sport directors obtained then necessary licences by their national federations and they all received the licence as World Tour directors by UCI.
We started a management program that is founded on the open dialogue and on the cooperation: the harmony standed our in the meetings we’ve organized until is good and the experience level will allow us to set the best programs to try to reach the goals”. 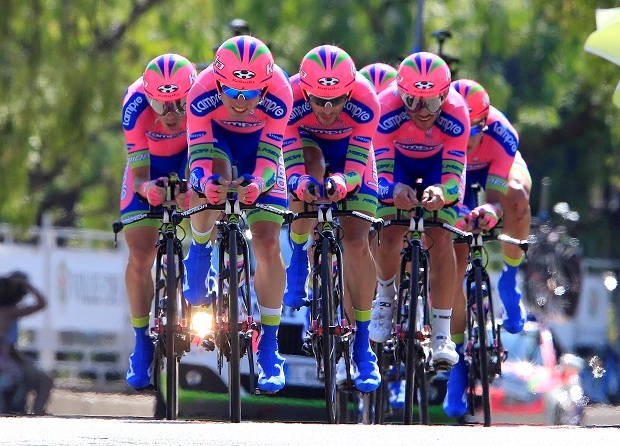