Team LAMPRE-MERIDA is flying to United Arab Emirates in order to take part in the second edition of the Dubai Tour.

Filippo Pozzato will be the team captain for the overall classification, Davide Cimolai will fight in the sprints: they both will receive the support by Jan Polanc, Luka Pibernik, Rafael Valls and Xu Gang, who all will have the chance to be in the breakaways.

Two important debuts in LAMPRE-MERIDA: Ilia Koshevoy will take part in his first race as pro, after having spent the second part of 2014 as trainee in blue-fuchsia-green; Chun Kai Feng will set a new limit for the Asian cycling, being the first Taiwanese rider to race in a World Tour team.

The team will be directed by Marco Marzano and Simone Pedrazzini, who’ll receive the support by the masseurs Capelli and Napolitano, by the mechanics Romanò and Viganò, by the doctor Beltemacchi, by the press officer Carlo Saronni and by the media manager Zhao Haoyang. 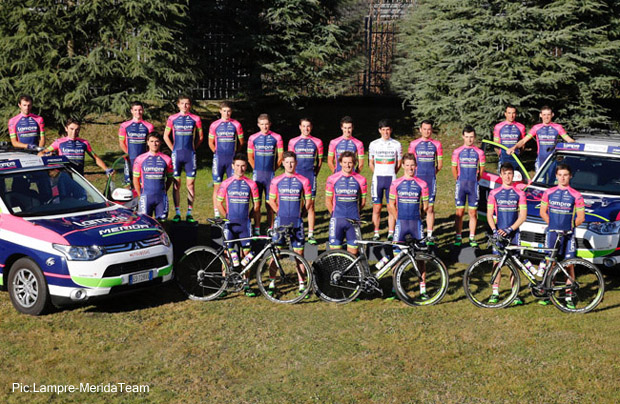