Massimo Graziato hit his second result in the top 10 of a Tour of Qinghai Lake’s stage.

After the 2nd place he had obtained Yesterday, LAMPRE-MERIDA’s Young gun was 7th in the 3rd stage of the Chinese race, 140 km from Guide to Qinghai Lake.
Graziato reached the arrival in a 39 athletes group, at 52″ to the Iranian duo that ruled the stage (1° Poor Seiedi, 2nd Kolahdozhagh).

In the overall classification, Graziato is 4th at 13″ to the leader Poor Seiedi.

“The stage was very demanding: 50 km from the start, that was placed at 2240 mt of altitude, we reached the summit of a climb at 3757 mt – Graziato explained – Despite the courses doesn’t match my skills, my fit is good and I can be competitive: I’m happy about this and I’d like to get to a top result, I think I could do it”. 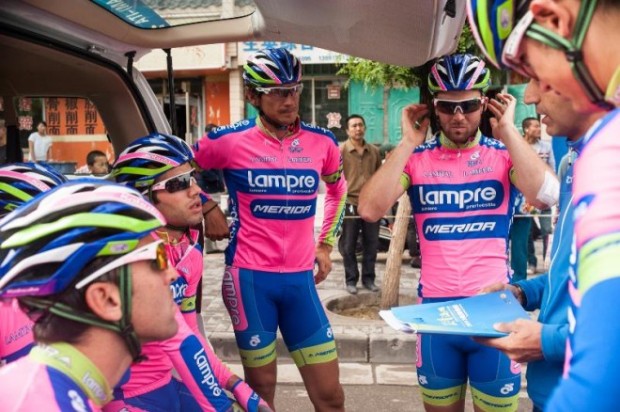 In photo (www.tdql.cn), the team in the pre-race meeting