Team LAMPRE-MERIDA is willing to be ready for the early appointments of 2014, Tour Down Under and Tour de San Luis.
That’s why four Italian athletes that will debut on January in Australia reached Los Cristianos in order to exploit the warm climate and the Amazing courses that Tenerife Island offers to cyclists.

Ulissi, Wackermann, Mori and Bono (photo) are performing intense trainings on the Spanish island, also thanks to the support by Marco Marzano (technical assistant from Team LAMPRE-MERIDA) and by masseur Redaelli, following a program that began on December the 12th and December 23rd.

“The temperature is really good, more or less 23°, and the courses are perfect for our aims – Ulissi explained – I’m sure these sessions of trainings will be very useful in order to improve our fit”. 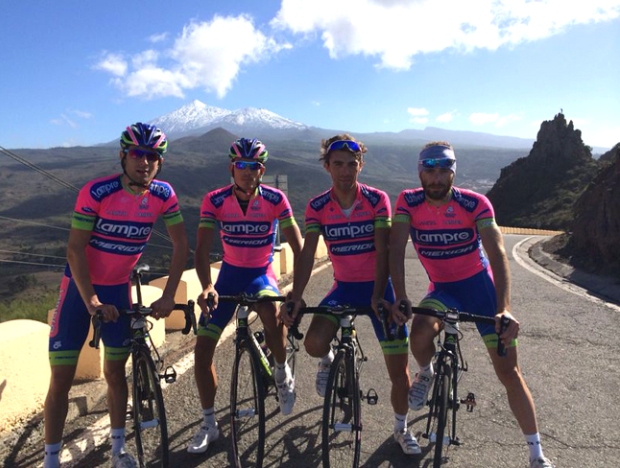