The long-time member of the Australian Professional Continental team described the result as one of the best efforts he had been a part of in the five-plus years he has been riding for Drapac.

Lapthorne set up his third overall on Saturday’s 115km penultimate stage, which concluded with a 22km climb. Escaping early on with 15 other riders, the former Australian Champion put in a gutsy ride to finish in fifth place at 1:57 behind stage winner, Linus Gerdemann (MTN-Qhubeka) with the same deficit to Ilnur Zakarin (RusVelo) who took over the GC lead from Drapac’s Will Clarke.

“I felt great today surprisingly,” said Lapthorne. “Every day of this tour I have felt better. Today was such a tough stage so there was a chance of losing positions on GC. This race was very much on the line.”

Sunday’s 202km stage concluded with six laps of a 13.6km circuit in Baku with the early break eventually caught with one lap remaining. Lapthorne chose the punchy, 1.5km cobbled climb through Baku’s Old Town to attack, following the move of Karol Domagalski (Caja Rural). Also rolling the dice was MTN-Qhubeka’s Youcef Reguigui and Lapthorne’s compatriot Robert Power (Australia). With two kilometres to go, the race was back together and 30 riders were left to fight it out for the bunch sprint, won by Justin Jules (La Pomme Marseille). Lapthorne was the best-placed Drapac rider on the stage in 14th place.

“I thought it was a good opportunity to attack towards the end of the stage,” explained Lapthorne. “Rob Power was willing to ride but the chase bunch managed to get organized on the final descent.”

However, not all was as it seemed with Lapthorne’s attack. A mechanical issue meant that his rear wheel was rubbing on his brakes, making his effort all the more remarkable.

“I felt nervous coming into this tour,” Lapthorne continued. “I knew the terrain and conditions suited me. I have also been training very well so my form was also there to do something.

“It’s a great result for our team but Will Clarke’s ride earlier in the week, gaining the leader’s jersey set me up perfectly for the last couple of mountain stages as well.

“The team rode as a strong unit all week which was crucial with the crosswinds and leading into the climbs,” Lapthorne said. “The general vibe has been great and very positive which was reflected in our results and attitude here in Azerbaïdjan.”

Giramondo also praised the efforts of the squad from a week where Clarke had worn the blue leader’s jersey for two days and the together with Lapthorne, earned two top-five results.

“All the riders should come away from this race with confidence and form as some head to Japan and others back home before going to Korea or the USA,” he said.

“I’m very happy with the results this week.”

Drapac’s race program continues next Sunday with the UCI 2.1 Tour of Japan. 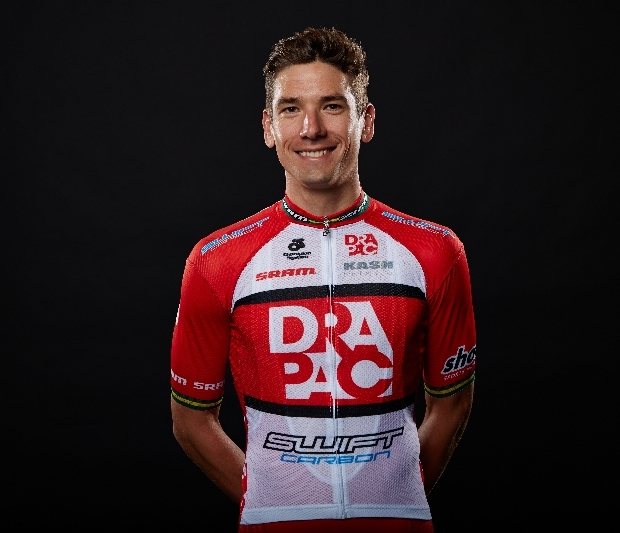