Leigh Howard To Stay With ORICA-GreenEDGE

ORICA-GreenEDGE is excited to announce that Leigh Howard will continue to call the Australian-based squad his home for another two years. Howard is a former multi-discipline track World Champion who took his sprinting skills to the professional level on the road four years ago. In his two years riding with ORICA-GreenEDGE, Howard has found success, stability and comfort amongst his comrades.

“It has been a dream come true to race for an Aussie team,” said Howard. “Every year has been slightly better. I’ve gotten stronger and scored more results each year.”

Howard started off the season with a run of good form that netted him two wins at the Challenge Mallorca and podium places at Tour de San Luis and Paris-Nice. In the second half of the season, he played an integral role in several of his teammates’ victories, most notably two Vuelta a España stage wins courtesy of Michael Matthews.

“Leigh had some really good, encouraging results early in the season this year, and he also played a consistent role supporting the team throughout the year,” said Sport Director Matt White. “He’s going to continue to develop as a sprinter and, with our support, we think he can really fulfil his potential in the next two years with the team.”

As one of a handful of sprinters on the team, Howard appreciates the camaraderie among his teammates and the mutual respect they have for each other. Howard points to the honesty and lack of ego amongst his teammates as the main factors in the team’s continued success.

“At Paris-Nice I got support from guys like Simon Clarke and Simon Gerrans,” recalled Howard. “They are awesome riders but not pure lead-out men. We managed to come in with the most perfect lead-out you could imagine in one of the early stages of the race. It shows what our team is capable of and what the riders will do for each other.”

“As a team, we’re also good at not letting ego prevent us from riding for the best rider on the day,” Howard added. “This year’s Vuelta was a perfect example of that. I was going well but I certainly wasn’t at my best, while Michael was obviously on some great form. I was happy to ride for him the whole Vuelta and that paid off with his wins. That happened in reverse at Paris-Nice where I was on some of the best form and Michael wasn’t 100 percent. He was happy to work for me in the lead out. In this team, there isn’t much of a pre-determined pecking order.”

Howard is hopeful of repeating his early season success again next year, and plans to focus on gaining experience and improving his results in the spring classics. A change to his race program for 2014 will see the young Aussie start the year slightly closer to home.

“I have a different early season race program for next year,” noted Howard. “I will focus on riding the Classics in the best form possible. Dwars door Vlaanderen and Gent Wevelgem will be big goals for me. But first, I’ll start off with Qatar and Oman. It will be good to get back to how it was when I scored my first pro victory.”

Howard recognises the changes underfoot within the GreenEDGE family. He has been vocal on social media in extending welcomes to his new teammates: Adam and Simon Yates, Mat Hayman, Ivan Santaromita, Esteban Chaves, Damien Howson and Caleb Ewan. He expects their abilities will allow the team to expand their collective strengths.

“Now that we’ve brought in some pure climbers, Gerro and Clarkey will have help on the days that the sprinters aren’t going to get to the finish line,” said Howard. “These guys can also go for pure mountain stages themselves. It’s a new line we’re going for, but it’s an exciting change from the sprint and Classics oriented team we started out as.”

“For me, I’m happy to offer advice to the younger guys,” added Howard. “I don’t see myself as being one of the older, more experienced guys. But at the same time, I’m going into my fifth year pro and I think I can be helpful to our new younger guys next year.”

“It’s great to have Leigh continue with the team,” said White. “We’ve seen him improve during his time with us, and we believe that he will continue this growth. He’s had a few strong results at the early season races and we’re confident that in his future with the team, he can develop to the point where he will be contending in the sprints throughout the entire year.”

Howard is also using his off season to raise awareness and funds to fight prostate cancer and men’s depression. To learn more or make a donation, https://www.movember.com/au/donate/payment/member_id/2714810/ visit Howard’s fundraising site.

“Every dollar helps,” said Howard. “Please dig deep and donate for a great cause.” 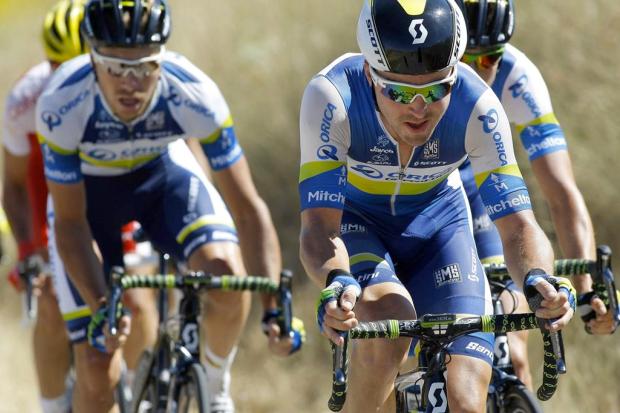