Leo Koenig on the Podium in the Tour de Pologne

Leopold Koenig rode into third place in the sixth stage of the Tour de Pologne. The selective stage had ten category one mountain classifications. John Darwin Atapuma (Columbia) was able to prevail over Christophe Riblon (AG2R) and the 25 year-old Czech from Team NetApp-Endura. Bartosz Huzarski also stamped his seal on the race today with a solo breakaway covering almost 50 kilometers. The Pole had already secured the jersey as most active rider of the tour in advance yesterday.

“Today, the guys performed very well right from the start. The three who were supposed to be in the group were there. Bartosz rode a super race. And Leo showed once again that he can keep up with the best riders. You can see that his form is improving, and we can thus be very satisfied with the tour, even looking ahead to the Vuelta,” said Enrico Poitschke after the stage.

The first attacks from the field were launched shortly after the start. Other riders were able to catch up to the quartet with Bartosz Huzarski, so that a large group of 32 riders was formed. Team NetApp-Endura was present with Paul Voss and Leo Koenig in addition to Huzarski. Huzarski attacked 80 kilometers into the race. As a soloist, he managed to win the following three mountain classifications. The chasing riders picked up the tempo with 60 kilometers to go and challenged Huzarski. In terms of team strategy, Leo Koenig was able to create a presence in the finishing stretch. Only at the last hill did he have to let the subsequent stage winner go ahead. He was able to pull away from the chasing riders again in the last difficult kilometer, but unfortunately was not able to catch up to the leader.

The final stage tomorrow will be ridden as a time trial covering 37 kilometers from Wieliczka to Krakow. 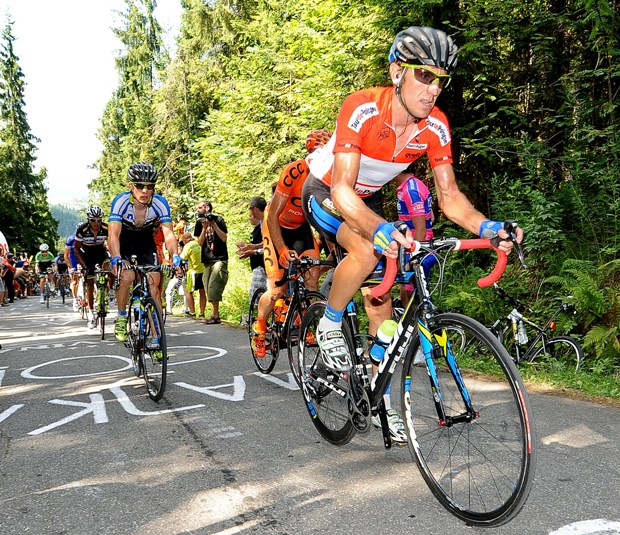