Lepistö bounces back with WorldTour podium in Italy

Lotta Lepistö returned to form on stage 3 of the Giro Rosa on Sunday. The Finnish national champion sprinted to second as the race saw its first bunch sprint of this edition. Hannah Barnes (Canyon-SRAM) ended the day as the winner.

Lepistö has returned to racing after facing weeks of illness recently. She also suffered an unfortunate puncture in the opening team time trial which affected her and the teams plans at the start of the race. Ashleigh Moolman-Pasio didn’t take to the start after falling ill yesterday but the team again showed resilience to fight back.

Lepistö was supported by Cecilie Uttrup Ludwig, Clara Koppenburg, Lisa Klein, Nicole Hanselmann and Stephanie Pohl who were seen covering dangerous attacks as the stage came to a close.

“The last 5km was hectic. It was a very busy finish. I was following the wheels and was a little bit boxed in the final but I had a good speed once I came out. I feel like if the finish line was 5 metres longer I could have passed Hannah but well done to her. She is coming back from an injury last year so it’s good for her. There are 7 stages to go and we will keep trying,” Lepistö concluded.

The Italian Grand Tour continues tomorrow with stage, a 118km course starting and finishing in Occhiobello. 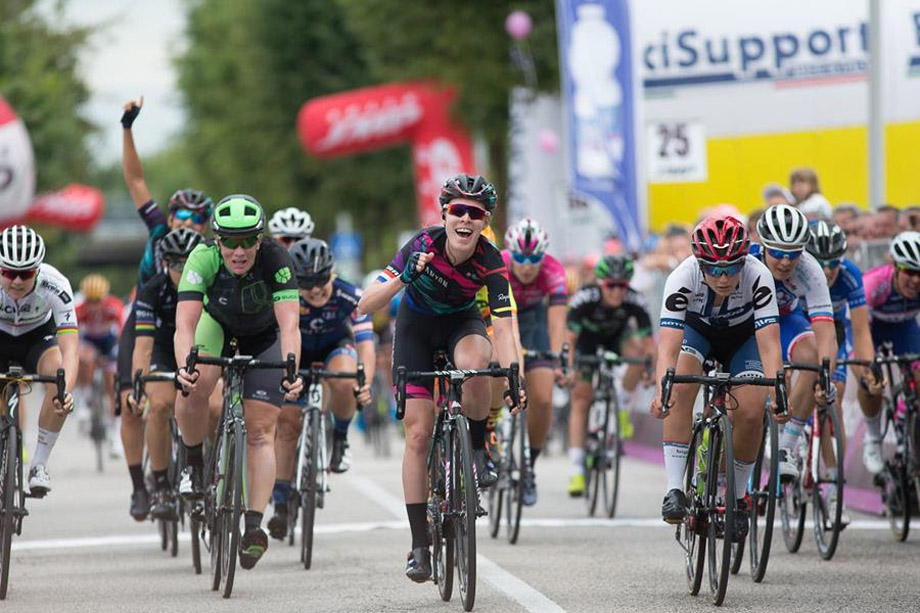 Photo: Lotta Lepistö is second in Stage 3 of the Giro Rosa – a 100 km road race, between San Fior and San Vendemiano on July 2, 2017, in Treviso, Italy. (Photo by Balint Hamvas/Velofocus.com)