The next round in the UCI World Cup rolls around this Sunday, 2 August, the Sparkassen Giro. The same line up that took part in La Course last weekend will make up the team.

The route is relatively flat and one that should favour the sprinters. A bunch sprint is expected but the same was to be said for La Course last weekened. The race is 124 kilometres long and made up of eight laps of a 15.5 kilometre circuit.

After not having the race on her program initially, Lotta Lepistö finished on the podium last year in third place.

“If I remember right, I wasn’t even on the first list to go Sparkassen Giro but then one girl got sick and I could replace her. I was really happy about that spot,” Lepistö said.

“I was really surprised by my result. I couldn’t believe it in first place. It felt awesome.”

Last year the race was won from a reduced bunch by then World Champion, Marianne Vos. Lepistö explains what happened in the last 3 kilometres.

“My teammate brought me to the front 3 km to go and then I tried to stay in the front as long as possible. I remember that I was sprinting already with 1 km to go so that I would have a good position. I took the left side of the corner and I was second, (Marianne first), into the corner. Then I just tried to finish as fast I could. Giorgia Bronzini passed me 50 m to go but I could hold 3rd position.”

“I am really excited for the upcoming weekend. I think it’s going to be a hard race. I guess there might be more attacks than last year but we will see if it’s going to finish in a bunch sprint,” Lepistö added.

The Finnish national champion has been in fine form lately, winning a stage in Thuringen Rundfahfrt along with several top tens in the race. She also finished fifth on the Champs-Élysées during La Course by Le Tour de France last Sunday. 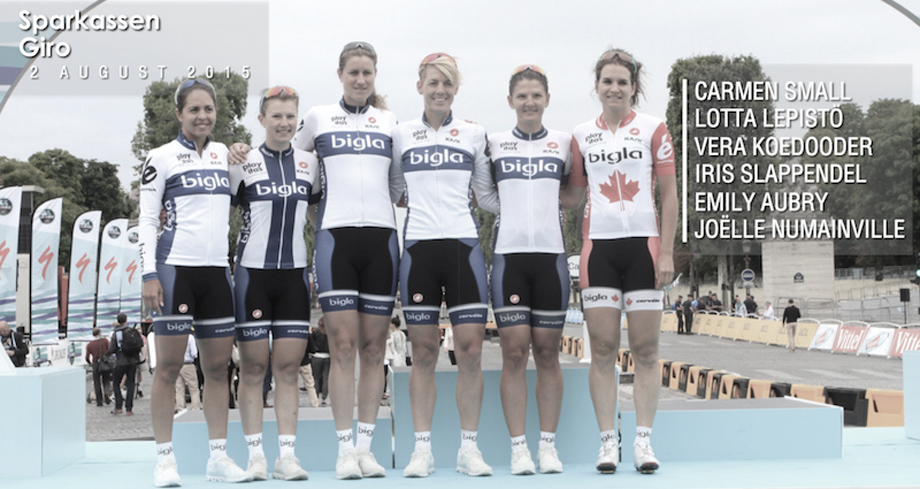