Lieselot Decroix has Retired From Cycling

The last stage of the Lotto Belgium Tour on Friday 9 September, with finish on the Vesten in Geraardsbergen, was the last race of Lieselot Decroix as a cyclist. It isn’t a final goodbye to cycling though, she will be involved in the sport in several ways.

Last winter, Decroix decided to retire as a cyclist in 2016 because the combination with a fulltime job at the Free University of Brussels was tough. Lieselot has been working on a PhD since October 2014 at the department of human physiology, led by professor Romain Meeusen. She does research about the effect of a food supplement, enriched cacao in this case, on the physical and cognitive performances. Her PhD is financed by the Belgian National Lottery.

Lieselot Decroix: “Last winter I decided that 2016 would be my last season as a cyclist. I’ve been working fulltime since 2012 and since two years I’ve been working in Brussels while I live in West-Flanders. It was difficult to combine this with cycling. Physically because I could train much less, although my body coped pretty well with that aspect, but especially mentally. I could only train late in the evening and couldn’t take sufficient rest. Because of a lack of time I had to drop certain things that are important when you are cyclist like physio, stabilisation exercises and power training.”

“I am very grateful that the National Lottery has made this PhD possible. As a physiologist I’d love to remain involved in the team. With the University we already assisted the Lotto Soudal team the past two years on a scientific level.”

It has been clear for a long time that Lieselot would retire in September. How did she handle the fact that this season was the last time she started in all those races?

Lieselot Decroix: “Actually, it went through my mind a lot more often than I had thought it would. During the races I always focussed on my job, until the very last day, that didn’t make any difference. Before the start of the last stage of the Lotto Belgium Tour people told me to enjoy my last race, but we had to defend jerseys that day, so I had work to do. The way I prepared for a race and how I felt afterwards did differ from other years though. If I didn’t want to train in the evening I told myself it was the last year, it motivated me to go for it one last time. I wanted to show that I was still worth it of riding in the peloton. Last summer it was a difficult time for me because I was ill. I couldn’t race for nearly two months. In September I did do well in the Lotto Belgium Tour, where I got ninth overall. I really enjoyed racing again and I decided to add one more season to my career so I could have a nice goodbye.”

Decroix rode in the pro peloton for ten years, of which five years as a rider of the Lotto team. In 2007, 2008 and 2014 for the Lotto Belisol team and since 2015 for Lotto Soudal. Which moments will she always remember?

Lieselot Decroix: “I had my share of bad luck during my career, but it is how it is. Rather than asking ‘what if’ I look at it from the bright side. Each time I had to fight back it shaped me as a person. I can’t forget the bad luck and injuries because it was part of my career, but I will mostly remember the beautiful moments. Being at the Olympics of 2008 in Beijing for example. Or finishing twelfth at the Worlds in Stuttgart in 2007, my first year with the elite. And of course my only UCI victory: in 2011 I won the fifth stage of the Czech stage race Gracia Orlová. This year I was third at the Ronde van Gelderland, a nice result in my last season. Apart from that, there have been so many unforgettable moments because of the success of teammates that I contributed to. Winning the Giro with Claudia Lichtenberg in 2009 when we both rode for Cervélo was so wonderful. Cycling has taken me to so many places in the world and I enjoyed it so much. No one can take that away from me. I will never forget the fact that I was appreciated by the leaders for the work I did for them all those years, that meant a lot. The atmosphere at Lotto Soudal was really great, that’s also why I decided to continue racing in 2016. I felt at home. It was sports director Ivan Depoorter who introduced me in this team, we always had a tight bond. My career started at this team and it’s great to end it here.”

“I will still be involved in cycling. Through my job I want to be part of the scientific guidance of the Lotto Soudal riders. I will also become a sports director for the KSV Deerlijk Gaverzicht cycling club. I will assist these young riders. And as of next edition I will be part of the organisation of the Lotto Belgium Tour.” 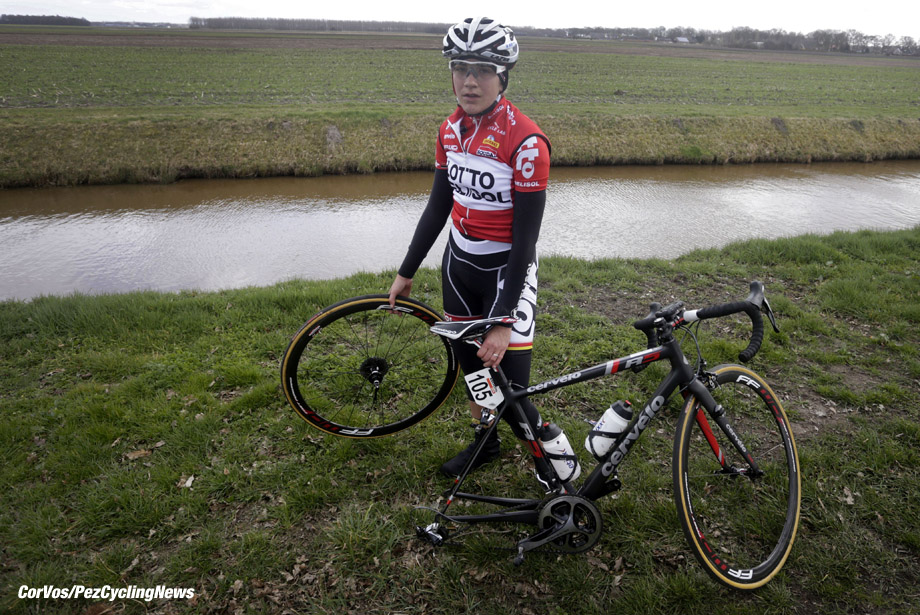 Gilbert and Sánchez Return to Racing at Italian One-Day Races