Lilian Calmejane, who rides with team Direct Energie, is a new name joining the team of Sidi champions. The French rider was born in 1992 and he just turned 25 in December.

With all the promise Calmejane has shown in the last two seasons, he is getting ready for 2018 with plenty of drive to continue impressing and growing. Calmejane has established himself as one of the major talents to come out of transalpine cycling in the last several years. For him the highlight of 2017 was definitely the stage victory he captured in the Tour de France, when he prevailed in the 187.5-km 8th stage, Dole – Station des Rousses; at the end of a long breakaway he earned the day’s victory and got the chance to wear the polka dot jersey for the best climber. Not to mention the stage victory he scored in the 2016 Vuelta España and many other successes in 2017, including short but important stage races like the Etoile de Besseges and the Circuit Cycliste Sarthe in France, and the one-week Settimana Coppi e Bartali in Italy.

In 2018 Lilian Calmejane will be one of the point men for team Direct Energie, a French Pro-Continental category team that is striving to stand out, particularly on the national front but also in the major cycling races of the season.

After these first two brilliant seasons in the pros, Lilian Calmejane is starting 2018 with lots of confidence and motivation. His main objectives are to do well, first in the Paris-Nice and then on the roads of the Tour de France. He will be sharing this adventure with Sidi Shot shoes, the top models in the Sidi road cycling collection. These modern, light shoes have already been chosen by the best riders in the world for their remarkable performance.

“Besides focusing lots of attention on great champions who are already established, Sidi has always sought to discover emerging talents in the peloton and follow them closely. Last year we got a chance to know and appreciate Calmejane for the way he often rides on the attack, with courage and determination, even managing to win, which is no easy task in modern cycling. This is an attitude that fans of great cycling also really seem to like. We hope that in 2018 Calmejane can grow even further, garnering important successes together with Sidi,” says Rosella Signori, who heads Sidi along with her father, Dino Signori.

Lilian Calmejane (Direct Energie) poses in the Sidi Shot shoes he will be wearing in the 2018 season: 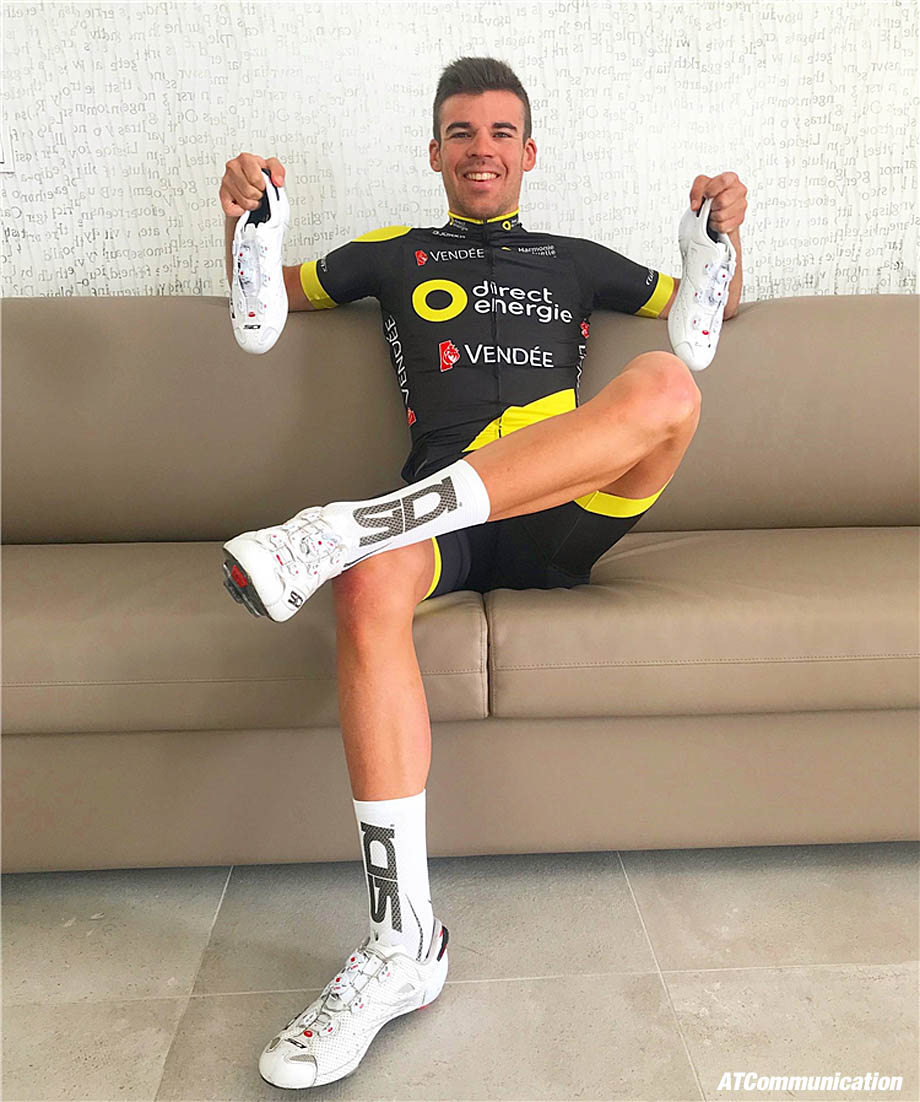 Sagan Wins Through The Heat!