Starting on February 1st, Caja Rural – Seguros RGA will be racing in both Spain and France as the team takes on Volta a la Comunitat Valenciana and Etoile de Bessèges. Both races consist of five stages, which will present opportunities for sprinters as well as climbers, time trialists and those strong in undulating terrain.

Volta a la Comunitat Valenciana starts out with a 37.9 km team time trial around Orihuela, which will give the first strong indicators of the overall favorites. The remaining four stages all take place in hilly terrain with the queen stage on day four. Here, the riders finish on the short but steep ascent to Mas de la Costa with gradients up to 22 %. While stage 1 and 4 are the most important ones for the general classification, every stage offers an opportunity to gain time before the race concludes in Valencia next Sunday. The majority of the Caja Rural – Seguros RGA lineup is the same as the team that just raced in Argentina in Vuelta a San Juan last week. One of the riders joining in for Volta a la Comunitat Valenciana is the American climber Chris Butler who will make his debut for the team.

Sports director, Eugenio Goikoetxea: ”We arrive in Spain right after our first race of the season, Vuelta a San Juan, which was very exhausting in high temperatures and with an average speed of over 45 km/h every day. This means that the rider are a bit worn down as we continue with the same lineup. Also, Benito suffered a crash on the final stage. However, the goal is to start out February in the best way possible”.

Chris Butler: “I’m very eager to get started. Nothing really replicates racing. I’m still not at my best level but I’m ready to help the team and build my form for the next races”.

While Etoile de Bessèges isn’t as hilly as Volta a la Comunitat Valenciana, it isn’t flat either. Usually, the sprinters have their say in the first stages before the opportunistic riders get a chance to fight for glory later on. The final stage is an 11.9 km time trial with a steep ascent at the end. Last year, Caja Rural – Seguros RGA took its first of 11 victories in the French race. This time, the team hopes to repeat that performance, bringing riders able to shine in both the sprints and in the breakaways.

Sports director, Josemi Fernández: “Racing in France is always difficult as each race has a very high level. However, we aim to be protagonists every day and fight for a stage win. With Dylan Page and Eduard Prades we have two strong cards to play for this kind of racing”.

Eduard Prades: “In Mallorca, I saw that my condition wasn’t bad, so now, I would like to try to go for a stage win. I will also continue to help my teammates, which in my case means help setting up Dylan [Page] for the sprints. I think that we both have good options in this race”. 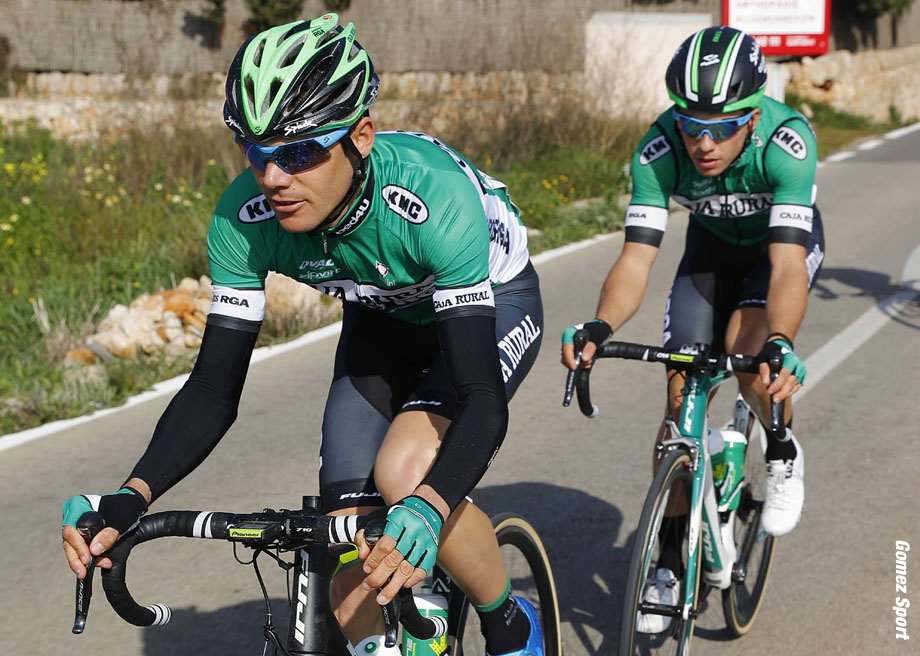