Team MTN-Qhubeka p/b Samung is proud to welcome Linus Gerdemann for the 2014-2015 seasons. The German rose to fame in 2007 when he won a stage of the Tour de France and earned himself the yellow and white jerseys. Since then he went on to enjoy more successful years at the highest level of the sport winning races like Bayern Rundfahrt and Tour of Luxembourg. He will now use that experience to grow the momentum within Africa’s first Professional Continental team.

Team MTN-Qhubeka p/b Samsung races for a higher purpose, to mobilise people on bicycles in Africa through the Qhubeka foundation, making it a unique differentiator in professional cycling. Gerdemann joins the team as part of a strategic move by the management team, a strategy that proved successful this year. His experience will be used to fast track the development of the African athletes on the team, something he is relishing.

“I see that as part of my job here, to make African cycling bigger. The racing in Europe at the moment is tougher and bigger so it’s important to have the experience to share. From what I’ve seen though the guys are motivated and with my experience I think I definitely want to help for African cycling to grow.”

“MTN is excited that Linus Gerdemann will be joining Team MTN-Qhubeka p/b Samsung for the 2014 and 2015 seasons. Our Proudly SA Brand is making ground-breaking strides in Europe, through a very successful partnership with Team MTN-Qhubeka. Part of the dream of taking a South African team to the Grand Tours of cycling represents the pioneering spirit MTN SA has become well-known for entering new markets and facing new challenges. The teams’ performance and getting a South African team to the highest levels of world cycling is in essence a reflection of the character of MTN SA and why we have become the most successful African Brand,” he explains.

“We are incredibly happy to have Linus join our team,” added Team Principal Douglas Ryder. “With 8 Grand Tours under his belt he will really strengthen our team in our Grand Tour aspirations for 2014 and 2015. We have shown that we are able to support and build talent from the African Continent as well as resurrect rider careers due to the teams high performance culture, management and sponsor support. Our focus of racing for the Qhubeka Project inspires our riders to do so much more on the bike and give back to the sport they love, their success makes a huge difference to so many other people. A GC rider like Linus will bring our team more opportunities as we aim to take African Cycling to the highest levels of World Cycling.”

Left without a contract for 2013, Gerdemann was left to look for motivation and keep fit with no set goals. He says Gerald Ciolek’s victory in Milan San Remo was a major motivator.

“I’ve trained for a long time with him. For me he is like a young cycling brother as we spend a lot of time together on the bike and off the bike. It was such a great moment for me because I knew he had that potential and I was really happy to see him use it in one of the most important races on the calendar and that was very inspiring and motivating for me.”

He expects joining a team registered in South Africa to be a seamless transition.

“I have travelled a lot but for me, South Africa is probably the nicest country I have been to. I’ve spent one entire summer in Cape Town for three or four months and really loved it. Another time I spent a few weeks in Crystal Springs for altitude training, which isn’t too far from Johannesburg. For me South Africa is fascinating and an amazing place,” Gerdemann said. 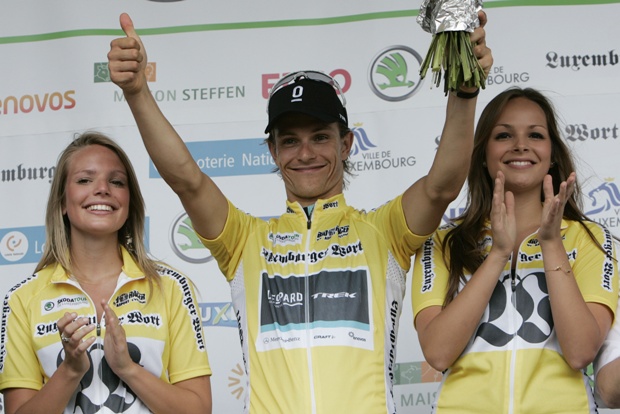 Katusha Team is preparing to start Vuelta a España

OPQS to La Vuelta a España