After spending the entire day in the breakaway, Lluis Mas was rewarded with the leadership of the Mountains classification at the Boucles de la Mayenne (2.1).

The Mallorcan veteran who is now in his fourth year with the team formed the six-man break who were clawed in by the peloton just under ten kilometres from the line. The sprint victory went to Dutchman Mathieu Van der Poel. The race will be decided tomorrow on the 180km test from Saint Cyr-le-Gravelais to Laval which should see a shake up in the overall GC.

Rafa Reis is the teams best placed rider in 17th place, just 35 seconds off the lead, while Mas will look to defend his lead in the climbers classification.

Lluis Mas: “After three weeks of competition today was one of the days where I felt really good.It has been a while since I have felt that good in a breakaway. It was a tough group and we worked hard together to stay away but it was always going to be complicated with Van der Poel and his team chasing behind.” 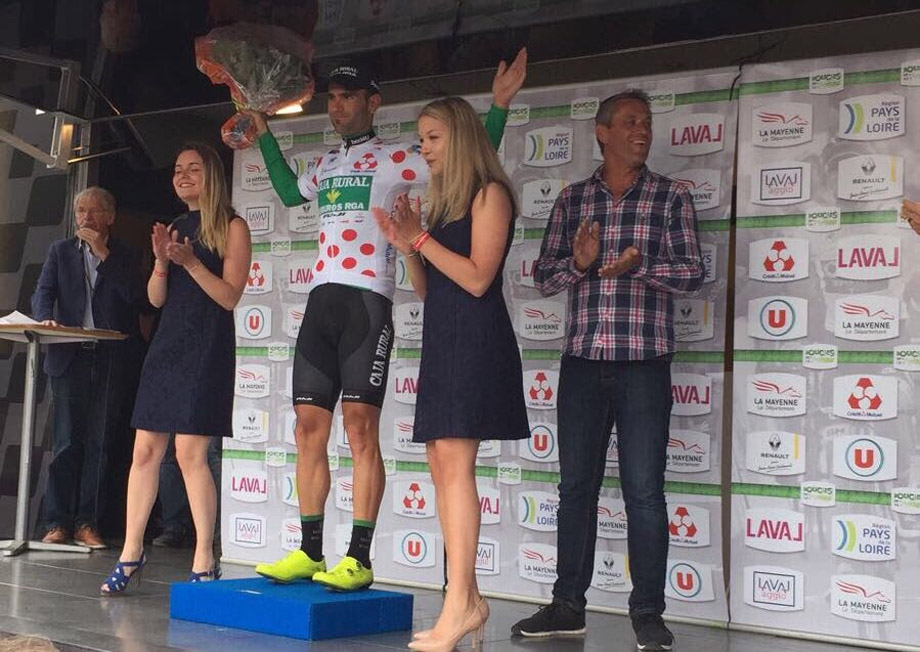 “Necessity is the Mother of Invention.”