Logan Owen and Axeon Hagens Berman Ready For U23 Liège

Axeon Hagens Berman Cycling Team’s Logan Owen will have a formidable roster of talent around him when he lines up Saturday as the defending champion of Liège-Bastogne-Liège Espoirs. 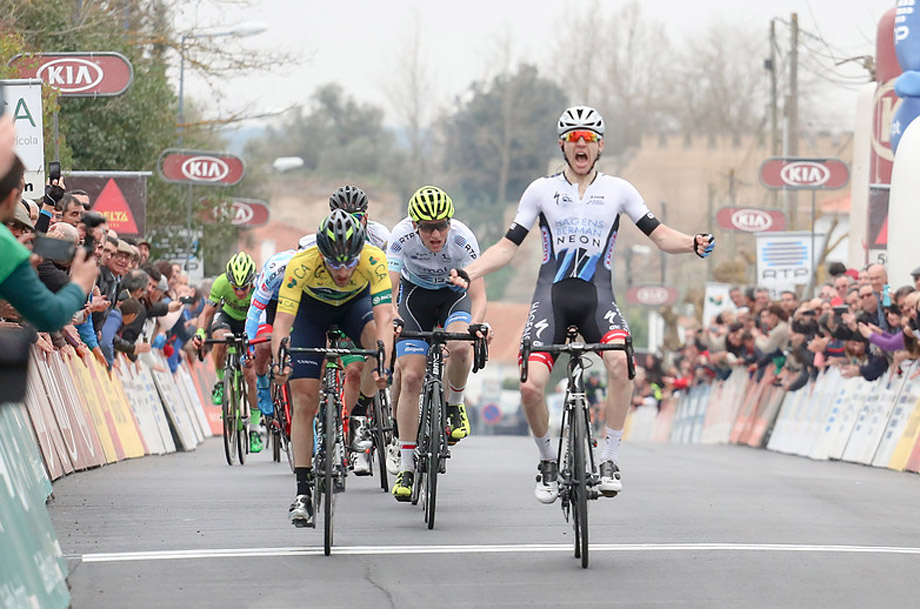 Among the riders joining him on the American development team’s roster are Irishman Eddie Dunbar, winner of the Under 23 edition of Ronde van Vlaanderen last Saturday, and Jhonatan Narvaez of Ecuador, overall winner and best young rider at Circuit des Ardennes International on Sunday.

Three other Americans – Will Barta, Adrien Costa and Neilson Powless – comprise the rest of Axeon Hagens Berman’s six-man roster. Barta and Costa helped Narvaez win the overall and the team title at the Circuit des Ardennes while Powless was 10th at Ronde van Vlaanderen. Powless also won the individual time trial at Triptyque des Monts et Châteaux earlier this month, edging out Dunbar by fractions of a second.

All of that firepower, said Axeon Hagens Berman Sport Director Koos Moerenhout, provides a number of options for the 177.9-kilometer race in Belgium that features nine classic climbs.

“We are here with a very good group,” Moerenhout said. “The guys have proven that in the past few weeks and they have also improved a lot. They are also showing the mentality that they need for a hard race like this.”

Owen got off to a quick start this spring, his fourth season with the team. He won Stage 4 of Volta ao Alentejo in Portugal in February, then earned the “king of the mountains” title at Classica da Arrabida (also in Portugal) in March. But the lead-up to Saturday’s race has not exactly been ideal, he said. Recovery from a crash and some sickness before the Under 23 edition of Gent-Wevelgem a few weeks ago were setbacks.

“However, I feel like I am back on good form and where I need to be to contest for the win again”, he said. “We have a strong team showing up and any one of us can win. I do not feel any extra pressure, but it will be special to line up wearing No. 1 on Saturday.”

Much like last year, Moerenhout said the weather could play a factor.

“Temperatures will be between 8 and 12 degrees Celsius,” he said. “We could have some rain, too, so that could make a difference. It makes racing in the Wallonne hills even harder.” 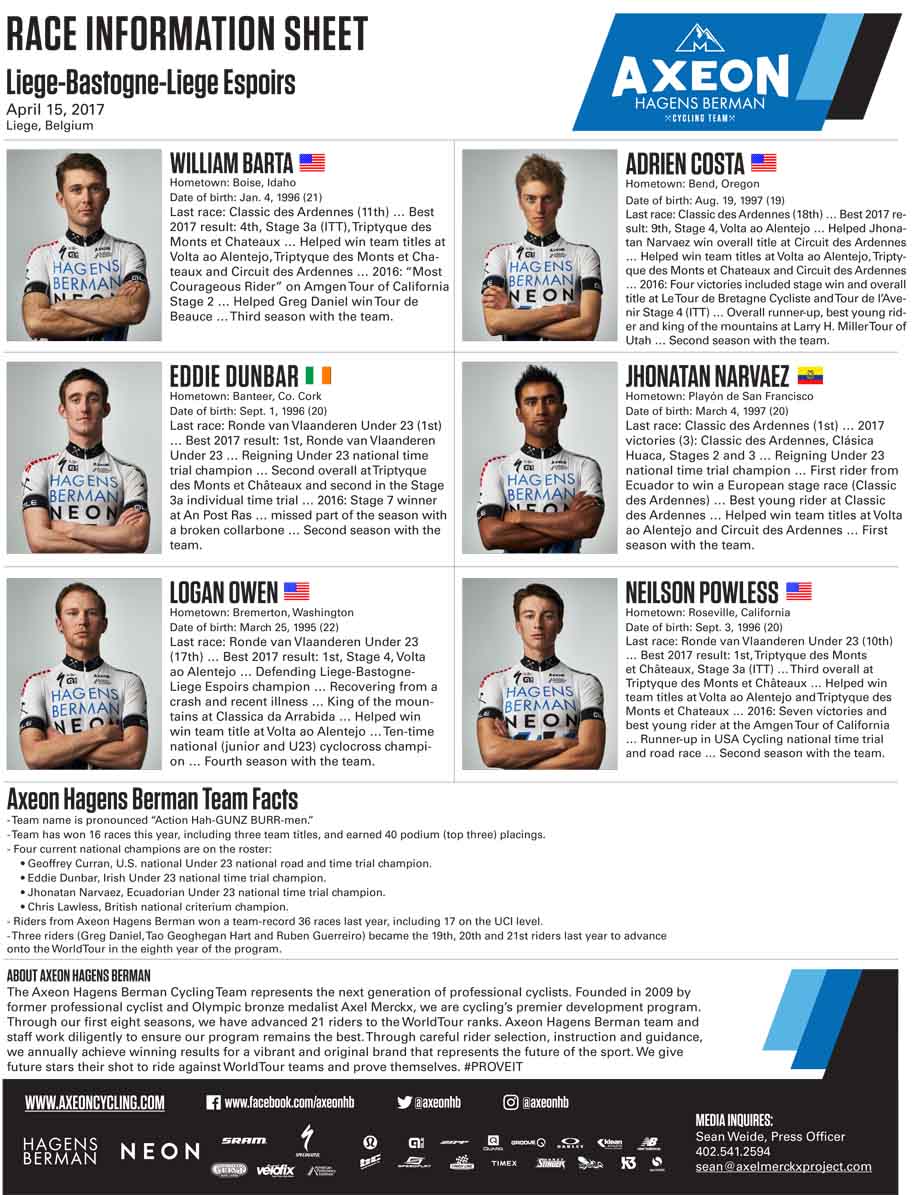