Look Out For Those Three…

It was a special day at the Sidi house in Maser. How could it be otherwise when the knock on the door comes from three great sport celebrities? And Dino Signori, along with his daughter Rosella, obviously welcomed them with open arms because not only are they champions, they have always been Sidi’s true friends. Who are we talking about? These three: Paolo Bettini, along with Luca Paolini, his companion in a thousand adventures wearing the same team jersey, and especially with Italian National jersey, and Manfred Moelgg, who’s a star on the Italian National Alpine Ski Team. 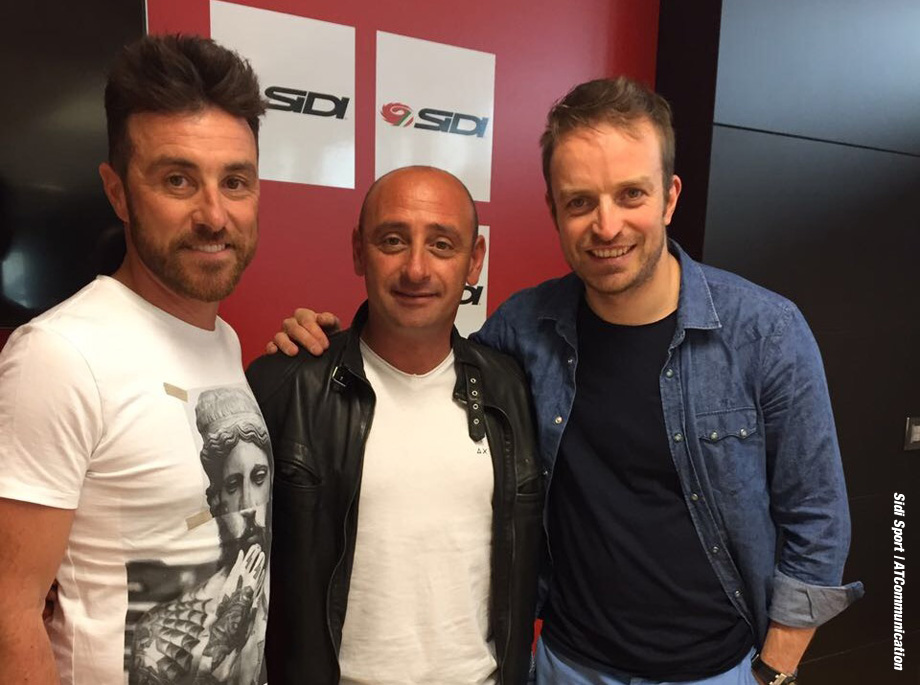 These are three artistes in their respective fields. Bettini needs no introduction; just recall his two World Titles (Salzburg 2006 and Stuttgart 2007), but above all his Olympic title in Athens 2004, the victory that’s worth more than all the others; yes, because successes come and go, but a gold medal is forever, launching its holder directly into sporting legend. Paolo Bettini’s career has always been tied to Sidi and even today he still pedals with his special edition Sidi shoes, which Dino Signori designed especially for him. Bettini still loves to pedal…only now it’s not to win but to have fun; even though, to be honest, he has always been someone who knows how to have fun on a bike, and more than anything he has known how to entertain the crowds with his awesome feats. 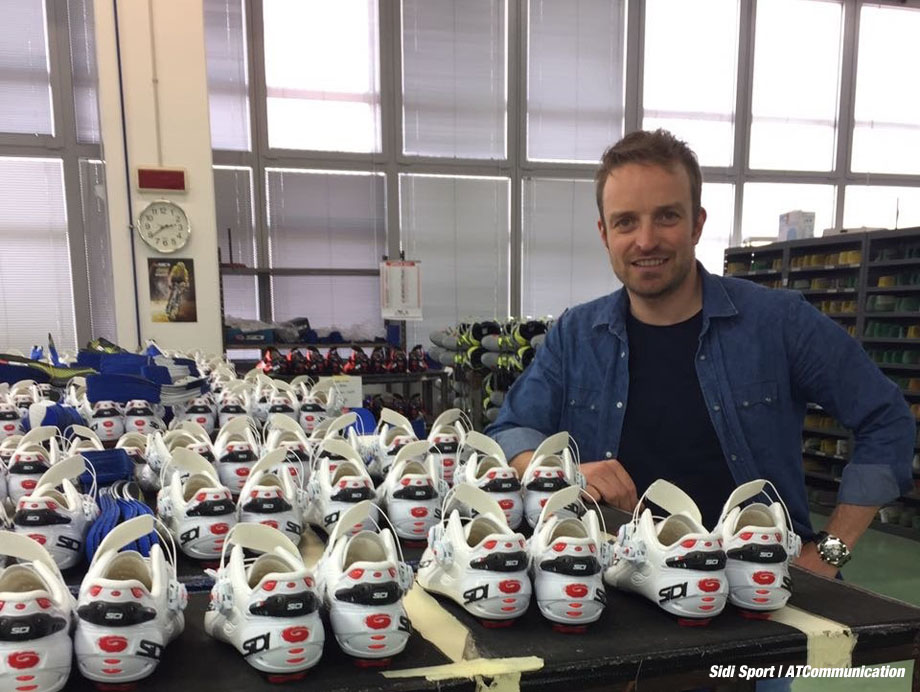 “The latest official outing was last Saturday at the Tour de Flanders for amateurs, a spectacle offered the day before the pro race. Andrea Tonti (editor’s note: another ex-pro from the Sidi team) and I accompanied a group of enthusiasts to get to know this extraordinary experience; it’s one to try at least once in a lifetime. As a pro my seasons were particularly focused on the second part of the Ardennes Classics (editor’s note: 2 Liège-Bastogne-Liège on his scoreboard), but the atmosphere you breathe in Flanders is something phenomenal, the university of cycling is here. On Saturday there were more than 15 thousand of us on those walls; we were a sea of humanity, not worried about our rankings; we all just had an intense will to pedal together against the legendary walls of the Ronde. Our next official outing? I invite everyone to come along on Sunday, April 9th, to Pomarance in Tuscany, where every year the race with my name on it, the Green Fondo-Paolo Bettini-La Geotermia takes place (editor’s note: Sidi is an official partner for this race). Of course, I’ll be there, too, for another beautiful day spent having a good time riding bicycles,” says Paolo Bettini (in the photo in action at the Ronde 2017). 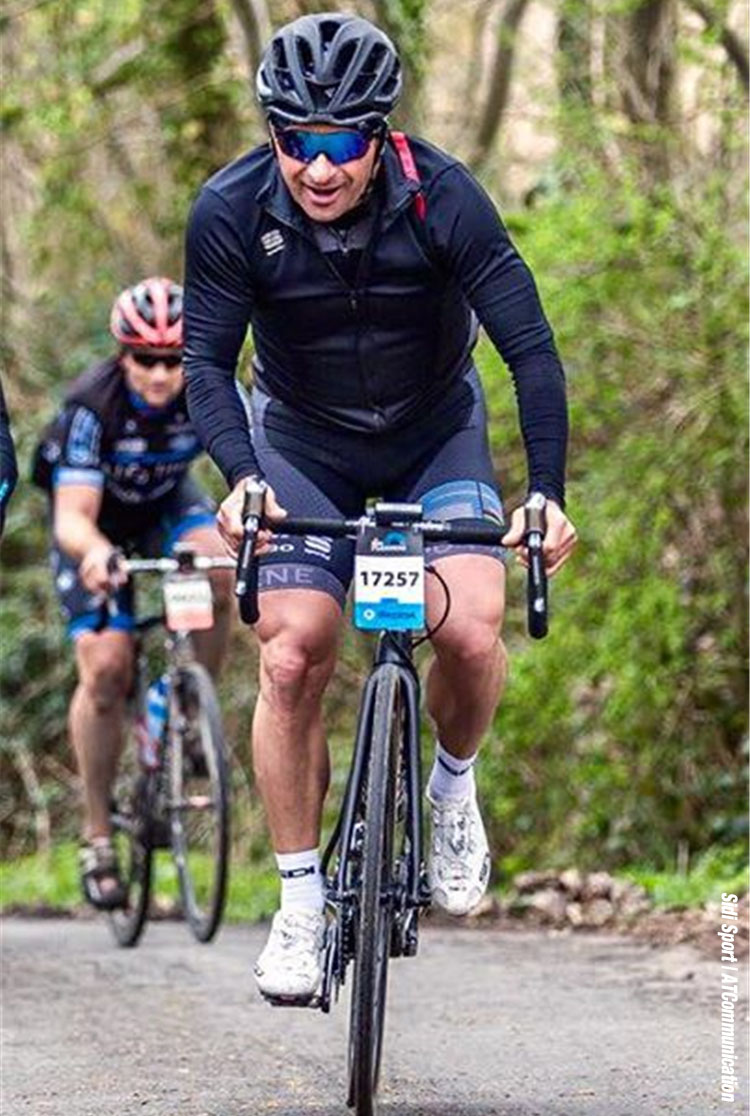 At Sidi, Bettini and Paolini came across the Italian National skier Manfred Moelgg, who was also paying us a visit. Moelgg and lots of other Italian ski champions train on bikes using Sidi shoes. Moelgg has three World Championship medals in his portfolio (1 silver and 2 bronze) and a Slalom World Cup under his belt. He has just wrapped up his 2016/2017 competitive season. “Yes, now I’ll have a little more free time to dedicate myself to cycling before resuming preparations on skis for the next season. It was nice to run into Bettini and Paolini; up until now we all knew about each other only by reputation. Now we were able to meet, shake hands and have a nice conversation together. I found out that Bettini is also a big ski enthusiast; I think we both have something to teach one another about our respective crafts,” says the skier from San Vigilio di Marebbe in Alto Adige, who won the World Cup slalom this year in Zagreb, last January 5th. 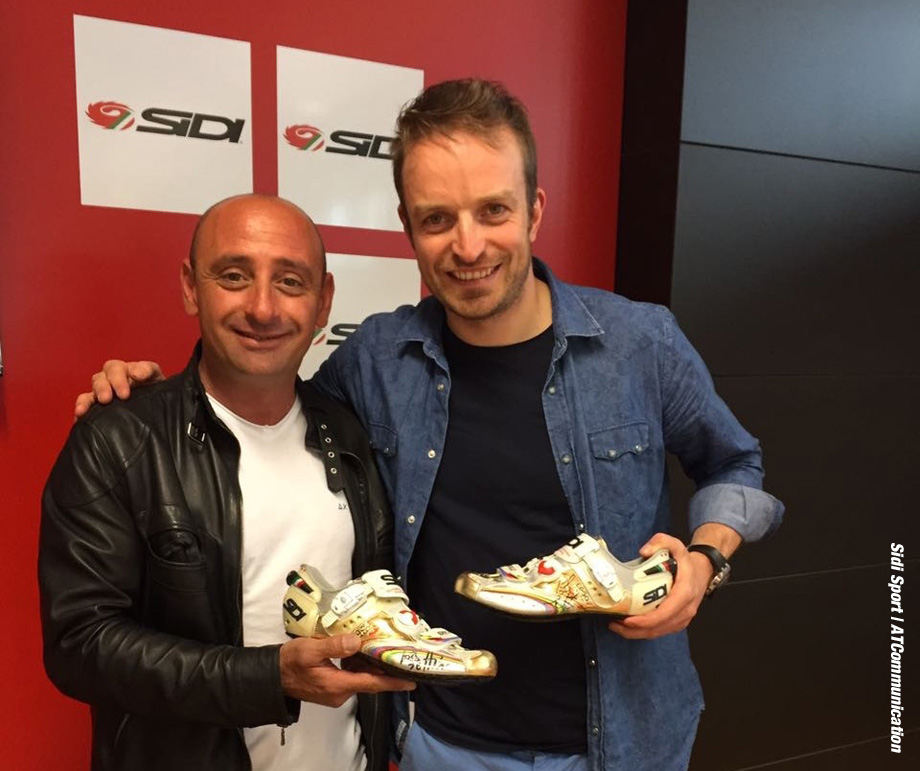 “After all, Sidi has very close ties to skiing. In addition to cycling, our family has always loved skiing and the mountains. Originally, Sidi used to produce ski boots before specializing in cycling shoes and motorcycling boots. It was none other than my dad Dino who patented the first ski boot with posterior access,” explains Rosella Signori, daughter of the owner and founder of Sidi, Dino Signori. 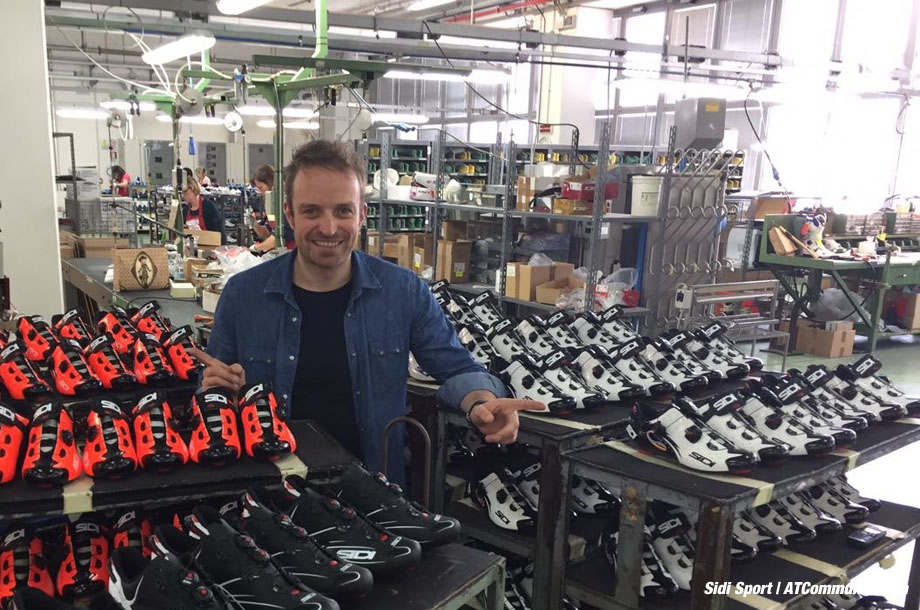