Team MTN-Qhubeka p/b Samsung is proud to announce Louis Meintjes has extended his contract with the team. The silver medalist from the world championships will remain with the team through 2015. The announcement was made at a function at MTN South Africa headquarters in Johannesburg, Friday.

Brian Gouldie, MTN SA Chief Marketing Officer says: “We’re delighted to have Louis extend with the team, especially after his amazing achievements this year. He’s represented the brand well on the world stage and is proving that Africa can compete on an international level in the sporting arena when given the opportunity. We’re extremely proud to provide the platform for the talent coming from Africa. The athletes are given the opportunity to race within the highly professional structure of Team MTN-Qhubeka p/b Samsung and we’re happy they feel comfortable in our environment.”

21 year old, Meintjes has had an impressive debut in the professional ranks. The year started with him winning the South African under 23 road race and time trial championships. He’s finished in the top ten on the general classification of several races including Tour de Taiwan, Tour de Korea and La Tropicale Amissa Bongo.

He gained more recognition recently when he came close to winning the world under 23 championships in Florence, Italy and earned the silver medal.

“I feel really comfortable here after turning professional this year,” Meintjes said. The team is great in that we as the athletes get all the support we need and the team makes our job easy for us. What we’ve achieved as a team is due to great support from everyone from the staff to the riders. I really like the professional team environment. The management brought international riders on board for us younger riders to learn from and I feel it’s worked really well to gain experience and I look forward to this continuing into the future.”

Team Principal, Douglas Ryder added, “We’re a high performance race team and have created an environment where the athletes have access to the best coaching and equipment in the world. We have set goals for each athlete throughout the season and although Louis is in his first year as a professional, we’ve given him a leadership role and it’s something he has relished. We’re an African team and believe in the talent from the continent and we’re very happy that the best athletes from the continent feel comfortable here,” Ryder concluded. 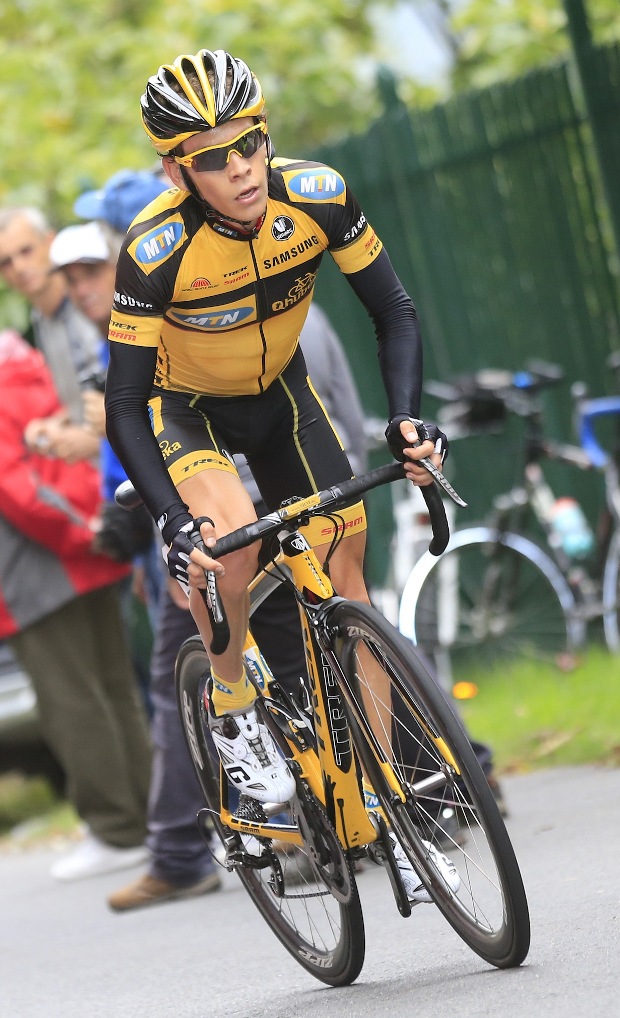