Christian Mager represented CULT Energy Pro Cycling in the long-lasting breakaway during today’s 186 kilometer long queen stage of Criterium International from Porto Vecchio to the mountain top finish on Col de l’Ospedale. But eventually, the break was caught and the top favorites were to battle for the stage and the overall win.

In the peloton, Ben King’s Cannondale-Garmin team were chasing the breakaway riders and they managed to neutralize the remains of the breakaway a few kilometers up the climb. Soon, riders started to drop from the back of the bunch and with 9 kilometers to go, the leader of the race, Ben King was dropped on the slope and the overall lead was up for grabs. From that moment, the French teams took over the reigns of the pack and with 7 kilometers to go, Thibaut Pinot (FDJ) launched an attack taking four other riders with him.

But in a counter-move, the defending champion, Jean-Christophe Peruad (AG2R) created a big gap leaving FDJ and Cofidis on the chase while CULT Energy Pro Cycling’s Linus Gerdemann ultimately was in the select group of riders chasing the Frenchman.

On the final part of the climb, the gradient rose to 12 per cent and Thibaut Pinot seized the moment and picked up the pace to explode the chase group and unfortunately, Gerdemann had to let go. But Thibaut started his chase too late and Peraud managed to take both the stage and defend his title from last year overall.

CULT Energy Pro Cycling’s Linus Gerdemann finished 15th on the uphill finish and DS, Michael Skelde was about the result as well as the team effort:

I’m content with what I saw today from the boys. First, four riders went away and Christian (Mager) single-handedly bridged across to take part of the breakaway. Christian is young and still unexperienced so I’m very impressed by his effort today. Moving in to the finale, Fabian Wegmann was an excellent co-driver for Linus and he delivered him perfectly at the foot of the climb. Eventually, Linus was up against some of the best riders in the world counting Pinot and Peraud and I couldn’t have expected more from Linus today. If only he hadn’t been so unfortunate on yeaterday’s TT, he might have finished in the top-10 overall,” says Skelde. 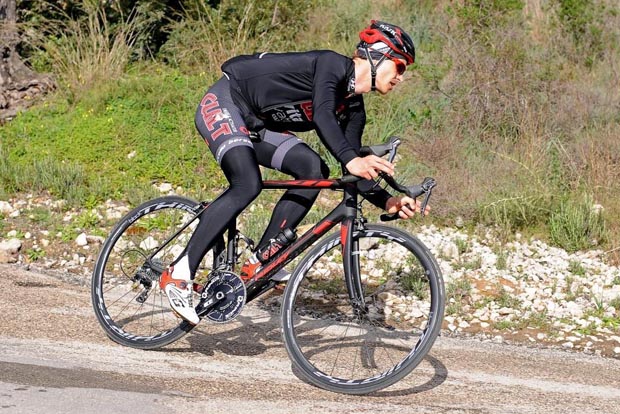