RusVelo rider Roman Maikin came in third in the fifth and final stage of the Tour of Croatia, set between the cities of Sveti Martin and Zagreb over 177 km-long predominantly flat course with a technical cobblestone uphill finish. The winner took it all, or very nearly all – Pacej Paterski (CCC – Sprandi – Polkowice) won his second stage in the race, confirmed himself as number one in the general standings as well as in the points and king of the mountains classifications. Austrian Felix Grosschartner (Felbermayr – Simplon Wels) came in second. 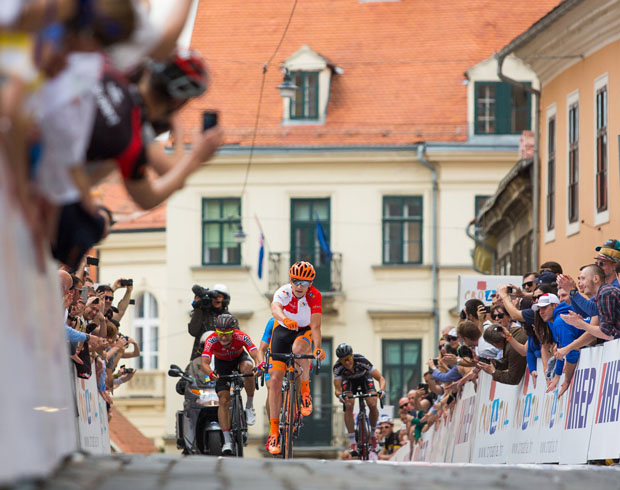 Summing up the day and the week of racing DS Alex Efimkin said:

“We had two goals today, to play for the stage win and to protect Sergey Firsanov in the GC. There were endless attacks in the beginning, and the resulting breakaway was OK for us, we had Alexander Serov in it, and he had a potential to beat everyone in this small group. But the leader’s team CCC Sprandi Polkowice was obviously not in the mood of letting anything get out of their hands today. They reeled in the breakaway and took the situation fully under control; so we changed the tactics and focused on Roman Maikin’s chances as well as defending the position of Firsanov. Roman did what he could. I feel like looking on the positive side of the things, we collected a decent sum of points in the race, the guys rode aggressively and polished up some tactical schemes fot the future. It could be better though. You’ve got to keep in mind the racing calendar, we rode in Russia just before this race, and it’s all different there, the speeds are lower, you have to re-adapt coming back to Europe. And the guys’ legs felt pretty tired, there were just two days for recovery between the GP of Adygeya and the Tour of Croatia, and one of them was taken by the flight with connections. On the other hand, we need to support international events in Russia, we just have to find the right balance.” 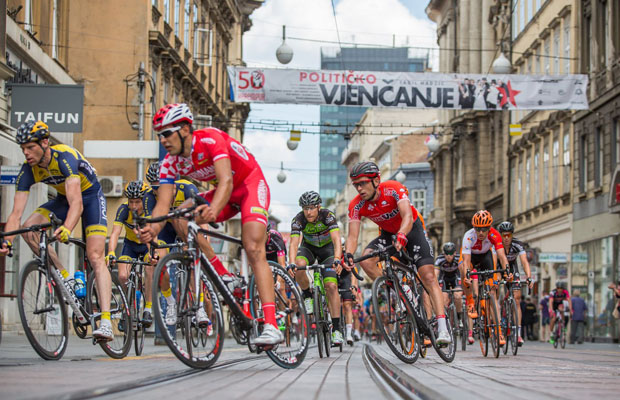 “We realized that these city laps would be highly technical with the tram rails and all, but the reality got beyond our expectations. The cobbles were large and rather far between, capable of shaking your soul out of you. It was a circuit poorly adapted for riding in trains, so I had no more than two or three guys beside me at any given moment, and that was enough. It was because of their help and concentration that I was well placed in the final kilometers and made the leading group of eight that shaped up just before the finish. The numbers in this breakaway were on the side of CCC Sprandi Polkowice but on a course like this you can compensate it with your technical skills. It’s a pity I didn’t grab the win today, it was within my grasp.

Sergey Firsanov held on to 5th in the GC, netting 20 UCI Europe Tour points; Roman Maikin took third in the points standings of the race. In the team overall classification RusVelo placed third. 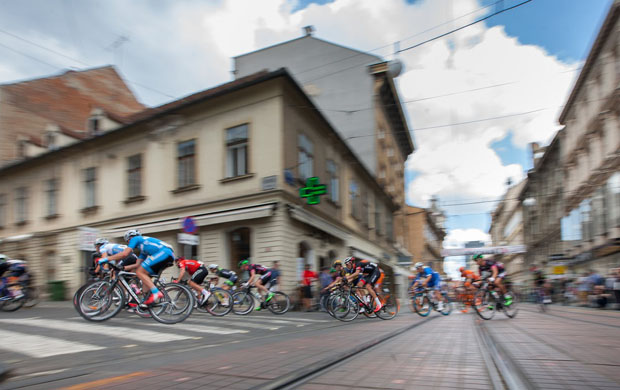