RusVelo rider Mamyr Stash riding for the national team finished second in the 161 km-long road race on the final day of U-23 European Championships held in Estonia. It was a particularly fast and aggressive race with an average speed of almost 45 kmh, decided in a mass sprint after numerous attack and counterattacks. Eric Baska from Slovakia crossed the line a mere fraction of a second ahead of the Russian; Davide Martinelli, son of the famous Italian DS, rounded off the top-3. 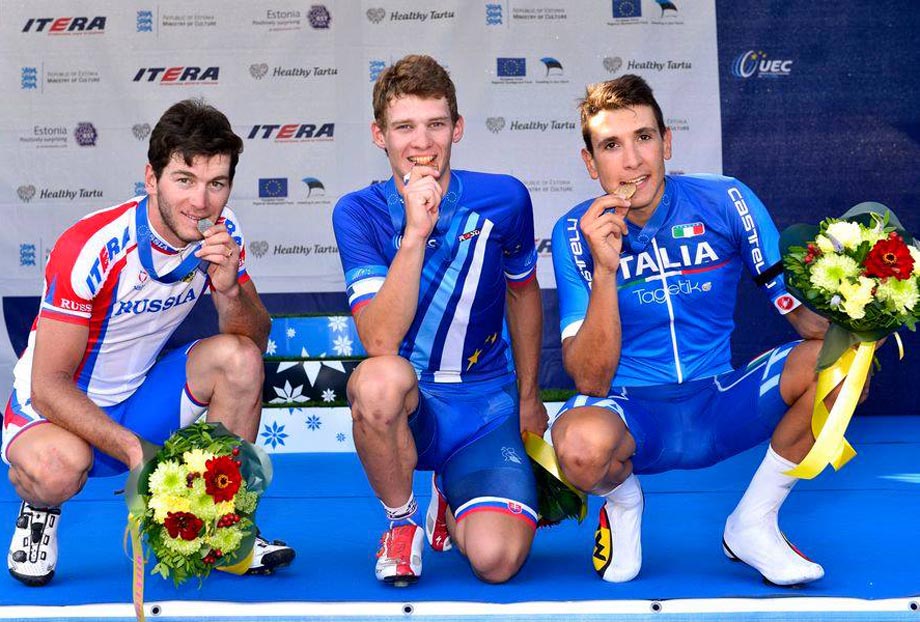 “We were waiting for this for so many years. I mean it’s not just about the medal, it’s about the teamwork. We lined up good riders a lot of times but the result wasn’t there, they were every guy to himself, riding for his pro or conti team, for his region etc. This time the squad rode as a single whole, in a modern, highly organized and really professional way: everybody was aware of his role and performed it leaving nothing in store. The race was just wild, hard to control. We worked for a bunch sprint, which meant chasing down the escapes or sending our riders in the breakaways. Tactical scheme like that takes a good form, commitment and self-sacrifice. I’d like to thank each of the seven riders, they gave it all, finished totally exhausted, two of them crashed, but they did their job and brought the leader to the front at the decisive moment. 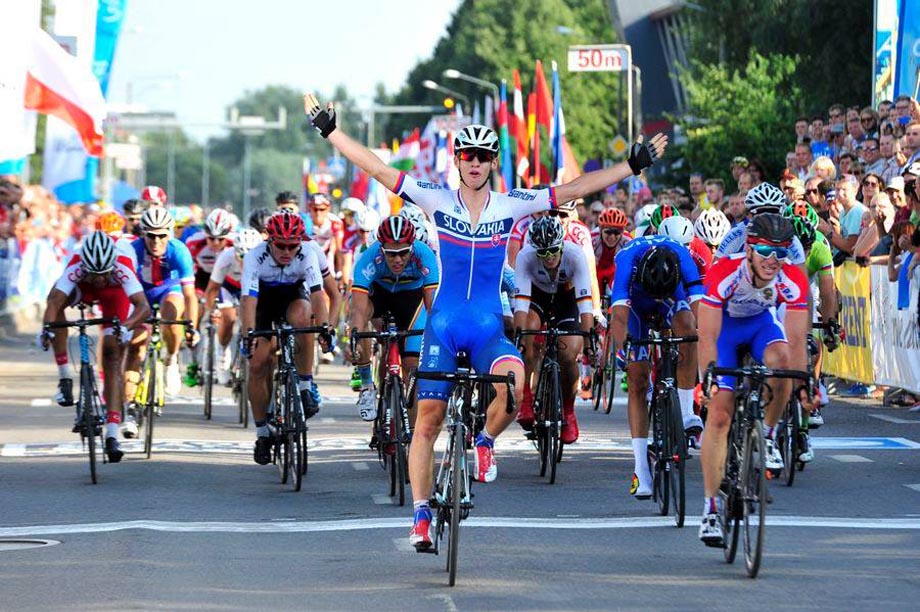 RusVelo’s team manager Renat Khamidulin did the right thing when he sent Mamyr to China for the Tour of Qinghai Lake; Stash didn’t win anything there, but he did a good deal of racing and lived at high altitude, he also had his fair share of elbow fighting. Sprinter can be incredibly strong and fit like a fiddle, and he still won’t win anything if he doesn’t race his event as often as possible.

You know how it feels, when the victory is so close, you can’t help feeling sorry for missing it. But I’d put it like Mamyr won silver rather than lost gold, you have to put it into prospective. He is a very talented guy got caught into a long winless period, for a sprinter it’s always a big problem. This medal is a breakthrough, it is going to give him back his confidence, I think we’ll see a lot of unblocked Stash in the races to come”. 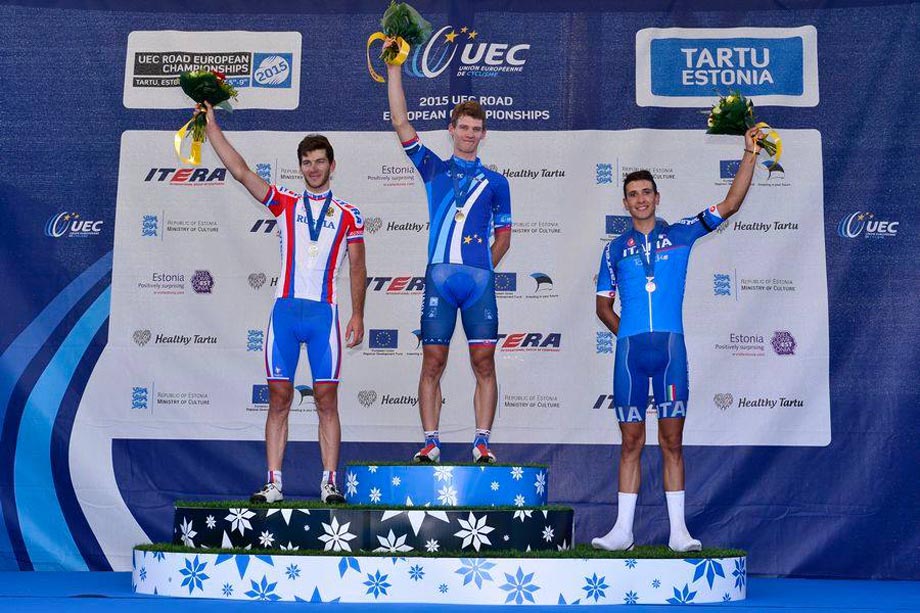