Tinkoff-Saxo’s Manuele Boaro put in a powerful attack on the final ascent of stage 4 to take the win following a committed team effort. The punchy Italian now leads the general classification going into the final stage, where he looks to defend his lead.

Manuele Boaro secured the win by attacking from the main group on the final 4km climb, bridging the gap to a front group, where he then proved the fastest in the sprint. After the stage, he expressed his satisfaction and gratitude for his team’s effort.

“I’m very happy to take the win on such a hard stage. Today the whole team was really good and we worked together and stuck to our plan despite a very hectic finale. The team remained calm in the end and we followed our strategy, which was to wait until the last climb”, says Manuele Boaro, who elaborates on the team tactics.

“Our strategy from the start was to remain calm and control the race. With 25km to go on the second last lap a group of strong riders went, but we waited and my teammates worked hard to control the gap. On the final climb just before the top followed by a very short descent to the finish line, I then decided to attack. I went clear and caught the group up front just before the descent. Shortly after, I decided to start my sprint with 300 meters to go and I managed to win”. 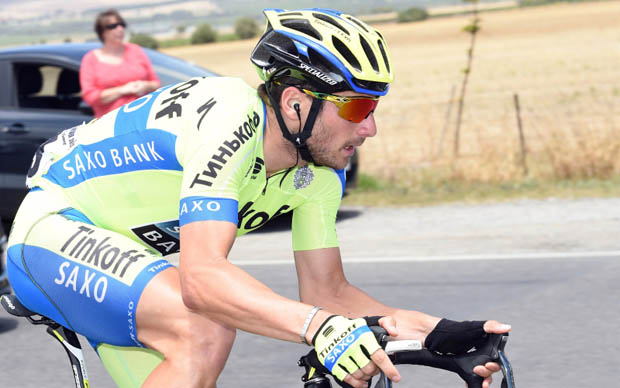 Manuele Boaro sits 1st in the GC with a 3 second lead to Adriano Malori (Movistar) before the final stage of Circuit de la Sarthe. He is determined to keep it that way.

“Tomorrow is the last day and we will of course do everything in our power to secure the lead. It’s a difficult stage and we will see how it goes”, tells Manuele Boaro.

Tinkoff-Saxo’s sports director Nicki Sørensen saw the race unfold from the team car and noted he was very pleased to see the riders keeping a cool head in the finale.

“We are of course very happy for the win but also for how the guys pulled it off. They have actually worked really well together on the prior stages and today they just kicked it up a notch. In the finale, there were many of the favorites who attacked, but our guys stayed calm and followed the strategy”, says Nicki Sørensen and adds: 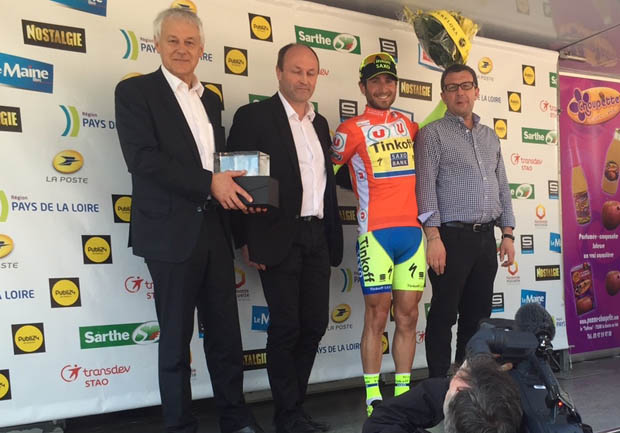 “Kolar and Hansen set a high pace in the front of the main group to create a selection. And we brought Manuele to the last climb after having controlled the pace. He was then able to ride away from the decimated main group, while Valgren and McCarthy acted as back up”, says Nicki Sørensen.

“The team has shown strength, which bodes well for the final stage tomorrow. And it definitely confirms that Manuele is in really good shape. We now have to play our cards right and try to secure the GC tomorrow in front of some strong competitors”, finishes Nicki Sørensen.

Jay McCarthy also secured the blue jersey for Tinkoff-Saxo by finishing 11th on stage 4. He now leads the youth competition with 5 seconds before the final day.

Guldhammer held back by mechanical problem