Tinkoff-Saxo’s Manuele Boaro delivered a strong performance on the final day of Criterium Internationale finishing 10th atop the 14k climb to Col de l’Ospedale. The fast Italian concludes the race as 10th in the overall GC. Confirmation of a strong shape, says team DS Sean Yates.

Manuele Boaro, not often seen at the front on tough mountain finishes, delivered a sturdy performance in the fight for a good result in the general classification. After a powerful TT performance Saturday, Boaro claimed 10th overall, 46 seconds down on race winner Jean-Christophe Peraud and only 6 seconds of the GC top five.

“Manuele’s performance was very surprising. He was really strong and finished in the top ten on the final 14km climb, which is testament to his current form and the fact that he has prepared very well. His performance means that we reach our target, which was to have a guy in the top ten after today’s last stage”, says Sean Yates, who is still frustrated with the fact that Boaro missed out on the TT win with just two seconds due to equipment breakage:

“Our other target was to get a stage win, and Manuele did a bloody good job yesterday and he would surely have won the TT hadn’t his arm pad come off. It bothers me and Manuele was also disappointed because he had looked forward to that stage for four months”.

The finishing stage 3 of Criterium Internationale took the riders 189,5km from Porto Vecchio to Col de l’Ospedale. The peloton kept the early breakaway within safe distance and it was up to the climbers to decide the stage on the final climb, where Jean-Christophe Peraud took both stage win and GC. Sean Yates was torn in his assessment of the overall team effort on the final day.

“Chris Anker couldn’t start as he was sick, which was a shame, since he had been targeting this race. Pawel was also ill but managed to finish as our third best guy. Boaro was obviously good and Jay also finished up there, but I had expected to see more from the rest of the guys, who put in a disappointing display today”, finishes Sean Yates. 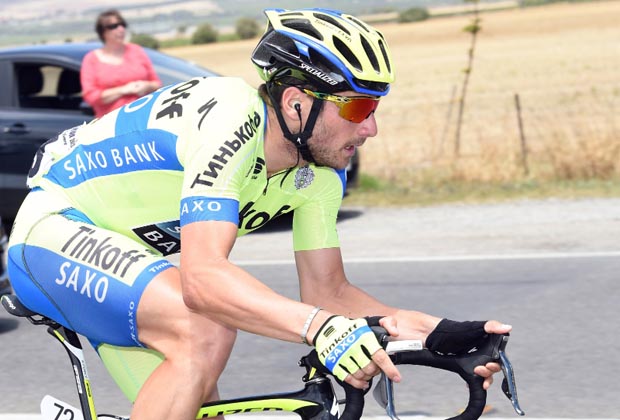