Many options for Colombia at the Trittico Lombardo

While a 7-man line-up led by Sports Director Oscar Pellicioli is starting to compete at the USA Pro Challenge in Colorado, Team Colombia will also get in the action in Italy, taking part to the three one-day race forming the Trittico Lombardo – Coppa Agostoni (August 21st), Coppa Bernocchi (August 22nd) and Tre Valli Varesine (August 23rd).

Those Italian semiclassics can boast a long and significant history, making them very much craved by many athletes. For Team Colombia, that is based in the same Lombardia region, there will be three chances to go for goals on mixed routes that will provide a significant test for the athletes’ legs and conditions.

Coming off his winn at the Tour de l’Ain, Leonardo Duque is targeting the Coppa Bernocchi, but also the new Coppa Agostoni route could suit some fast finishers who are not afraid of facing short climbs. Team Colombia will also rely on Jeffry Romero’s sprint skills, and on the excellent condition of Carlos Julian Quintero, who was only stopped by an unfortunate crash at the Tour de l’Ain. Dalivier Ospina, Wilson Marentes, Duber Quintero and Juan Pablo Valencia will round out the line-up, looking to race aggressive day in and day out.

The team will be guided by Sports Directors Valerio Tebaldi and Oliverio Rincon: “We are heading to the Trittico with a well-rounded line-up, – Tebaldi said – who can manage to get in the break as well as play its cards in fast finishes. Those races can be decided at any moment, so we will need to keep the focus at any time, but we will definitely try to show up in all of the three racing days.” 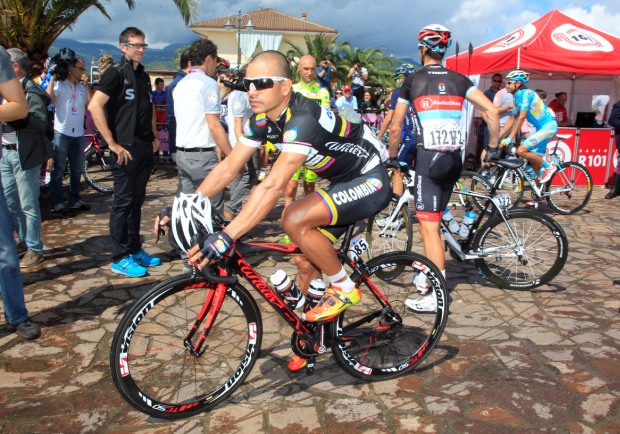