Eusebio Unzué has started outlining the Movistar Team’s roster in what will be the squad’s 36th season in cycling’s top tier. Catalan rider Marc Soler (Vilanova i la Geltrú, Barcelona – 20 years old) will be part of the telephone squad in 2015 after excellent progression in his three-year under-23 stage in the ranks of team Lizarte, where he has turned into one of the most promising youngsters of Spanish cycling.

Capable of excelling in all terrains -a great climber and a good time-triallist, as shown by his bronze medal in the U23 Spanish national championships in Ponferrada back in June-, Soler has claimed six victories in 2014, some of those in prestigious races such as the Vuelta al Bidasoa and most of them -U23 Basque races in Estella, Soraluze and Ereño, plus a stage victory in the amateur Vuelta a Zamora- claimed after long solo breakaways, a proof of the potential in the legs of the Movistar Team’s first signing, looking to build as strong of a block in the long term as in the present. 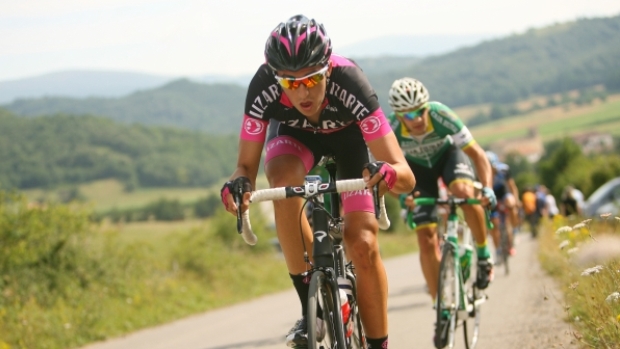