2013 winner of prestigious Volta a Portugal to ride for Eusebio Unzué’s squad after ten years in Portuguese outfits.

There couldn’t be a better day for such news than the one when the last Galicia stage in the 2013 Vuelta a España starts from his A Estrada natal. The region’s sport will have again a rider in the world’s top tier as Alex Marque signs with Movistar Team. The recent winner of the Volta a Portugal will defend the Blue colours next season after ten years racing in the Portuguese scene.

Marque, 31, was a renowned timetriallists since becoming a pro, yet excelled in the last few seasons as an allrounder capable to get over the big mountains when in his best form, the Portuguese stagerace then becoming a major goal for him. Winner of the 2012 Vuelta a Asturias stage one after a long solo breakaway, his proven ability as a rouleur -bronze medalist at the Spanish ITT championship in 2012 behind Luis León Sánchez and now-teammate Jonathan Castroviejo- will make him become a crucial piece for Movistar Team as the Pontevedra-based rider debuts in the elite calendar. 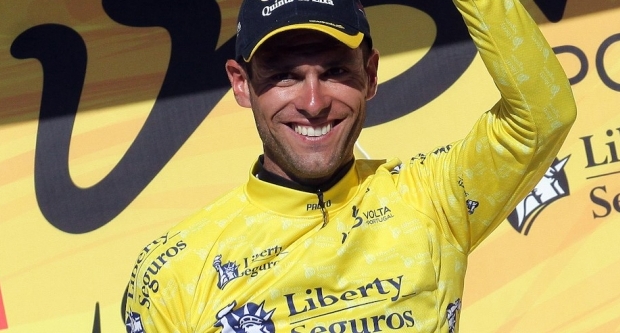 Races In Canada Next Up For Evans