ORICA-GreenEDGE is pleased to welcome a Classics specialist and well respected domestique, Mathew Hayman, to the team in 2014. Hayman has inked a two year contract with the Australian outfit after having spent the last four years with Team Sky.

“Mat Hayman is a very important inclusion into our roster for 2014,” said Sport Director Matt White. “To have him on board and hopefully finish off his career with us is great news.”

As an Australian, Hayman naturally had a keen interest in his homegrown team well before it became reality.

“I watched the team from the start,” said Hayman. “There was talk about it for five years leading up to getting a license and sponsors. I followed along the whole way. Watching it evolve and feeling the excitement in Australia to finally get a team it can support was great.”

A long time veteran of cycling, Hayman brings a wealth of knowledge with him.

“With Mat, we get a lot of experience in a lot of different races and a great leader for our younger riders,” noted White. “He’s crucial to a lot of things we want to achieve.”

Although many Australians have made their home in Girona, Spain, Hayman has chosen to lay his roots in Belgium in part due to his specialty on the cobbled roads of the Classics.

“I really enjoy the Classics – they are where I get my best results,” said Hayman. “My major focus will be to get the most out of the Classics in the next two years. I’d like to bring all my years of experience together and hope that I’m at the pointy end for all of them.”

In addition to his early season goals, Hayman also hopes to eke out a place in the ORICA-GreenEDGE Tour de France squad.

“It will be a lot of hard work to make the team, but I am motivated to make it happen,” added Hayman.

Because Hayman has played the role of domestique for much of his career, not all of the results he’s had a hand in have been credited to his name. While his basked in his teammate’s glory repeatedly throughout his career, he considers his greatest accomplishment a personal result he achieved not on the cobbles of Belgium but on home soil.

“The biggest moment of my career was winning the Commonwealth Games in front of a home crowd in ’06,” said Hayman. “The day, the people, the emotions, wearing the Australian jersey – it was all unbelievable.”

“I’ve snuck onto the podium a few times myself in the Classics,” added Hayman. “That’s been an important achievement as well. Next year I hope to do more sneaking onto the podium.”

Hayman credits Team Sky for a notable four years while he also looks forward to this opportunity with new riders at ORICA-GreenEDGE.

“I have had a great four years at Sky,” said Hayman. “It was a wonderful experience, and I learned heaps.”

“I wasn’t part of the AIS so I don’t necessarily know all the Aussies on the team very well,” added Hayman. “I have spoken to everyone but this will be a new experience. The matesmanship and friendship on this team have been the basis of its success. Without it, it’s a hard sport.” 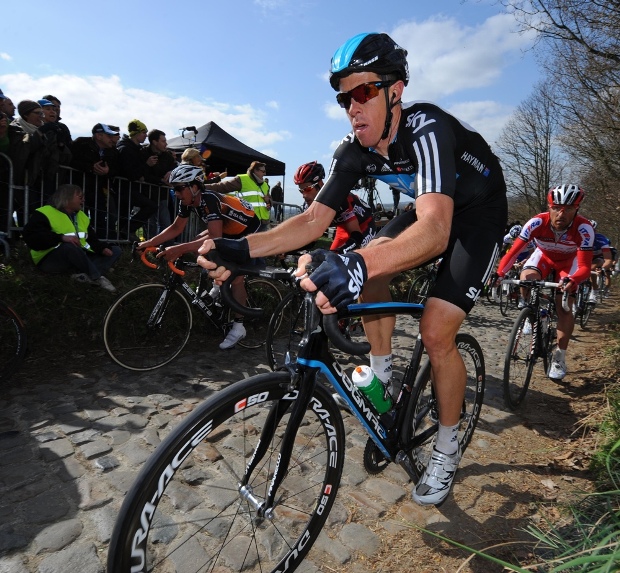