Mayor Michael A. Nutter announced that the Philadelphia International Cycling Classic, America’s largest and most historic one-day race, will once again highlight women’s cycling during the 2016 race as one of only two Union Cycliste Internationale (UCI) Women’s WorldTour events in the United States, the most prestigious level of racing on the international cycling calendar. Next year’s race will also mark the fourth year honoring women in professional cycling with equal prize money and the second year as the featured event.

“We are thrilled to host such a prestigious and competitive race in the City of Philadelphia,” said Mayor Nutter. “The 2015 UCI Women’s Road World Cup was the first race of its caliber to return to the United States since 2001 and it didn’t disappoint. This year, the WorldTour will replace the World Cup events, but the race will still be the same exciting, compelling event that has come to be expected of the Philadelphia International Cycling Classic. I look forward to watching the best cyclists in the world ride the course past world-famous Philadelphia landmarks next year.”

The 2016 Philadelphia International Cycling Classic will also see more competitive racing overall with an upgrade by the UCI, the world governing body of cycling, to a 1.1 classification for the men’s race, allowing race organizers to invite and host only professional cycling teams with highest level of talent in the sport. The 2016 race will feature an enhanced course design, continuing its tradition as a dynamic and selective course best known for the intense elevation on the Manayunk Wall.

Derek Bouchard-Hall, USA Cycling CEO, said, “It is great to see the Philadelphia International Cycling Classic continue to raise the bar for women’s cycling in America with their iconic single-day road race in one of America’s most treasured cities. The women’s field will be one of the strongest, deepest fields in the world as a stop on the UCI Women’s WorldTour, and the classification upgrade to the men’s race will attract many of today’s top riders to the U.S. We are thrilled the eyes of the world will be on Philadelphia next June.”

Race Director Robin Morton said, “This is a world class event with teams from 18 countries racing along the streets of Philadelphia. We’ve been told that this isn’t just a race, it’s a happening, and we couldn’t agree more.” 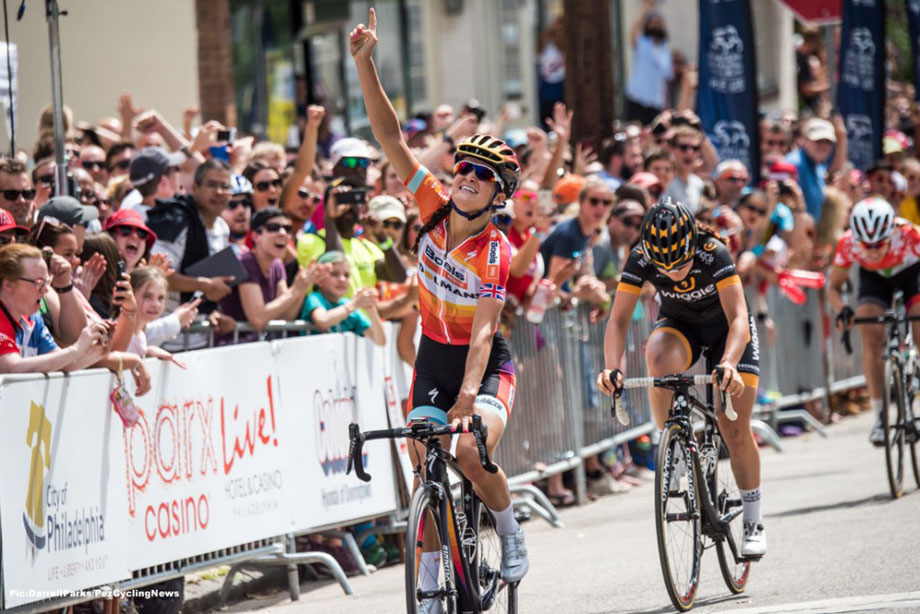 A week of Italian races in Tuscany and in Emilia-Romagna