“I’m extremely happy,” Meintjes said at the finish. “This was a goal of mine all season. World champs is always a special race and I’ve been doing it three years in a row. Being an under 23 race it should technically be a little easier than the level we’ve been racing at this year so I thought I can maybe get a result. When I saw the route after it was launched, I had extra motivation. I went and trained on the circuit and it gave me great confidence.”

The South African team started the race with three riders, Meintjes’ Team MTN-Qhubeka p/b Samsung teammate Johann van Zyl and Christopher Jennings. With less numbers than the other nations, the team had to rely on riding a clever race.

“My plan was to follow wheels and wait until the last hour and see what’s left of the race. I started feeling really well as the race went on. As soon as we got on the finishing circuit I could feel I had the legs today.

“I think this is hard work paying off. I think this is going to happen for a lot of riders in Africa and South Africa. It’s just a matter of time before we see more names coming through. This is a result of what we’re trying to do with Team MTN-Qhubeka p/b Samsung and the investment all our sponsors are putting in,” Meintjes added.

The race started in Montecatini Terme and finished in Firenze Mandela Forum, a sports stadium named in honour of former South African president Nelson Mandela, making the day more special for the South African team. The race lasted 173 kilometes and included seven laps on the finishing circuit. Meintjes made the select group of favourites with two laps to go until putting in a major attack on the last lap to get to Mohoric.

The gold medal winner put in an effort on the descent to the finish which no one could follow and Meintjes held off a chasing peloton to the line to finish three seconds behind Slovenia.

“We identified Louis as a major talent a few years ago and I’ve always admired his work ethic,” Team Principal, Douglas Ryder said. “As a team we believe he’s a major star for the future, which is why we’re investing heavily in athletes likes him. We really believe in the South African and African dream. When we made it public a few years ago that we want to develop an African world champion, it was very ambitious. With the increased support from our amazing partners like MTN and Samsung, people can now see that our dreams and goals are a reality.”

Meintjes will be making his WorldTour debut on the 6th October when he lines up in Il Lombardia.

“I’m extremely excited to go to Lombardia and see the level. I want to go to the race to learn a lot but I will hopefully be in the front group too,” he concluded. 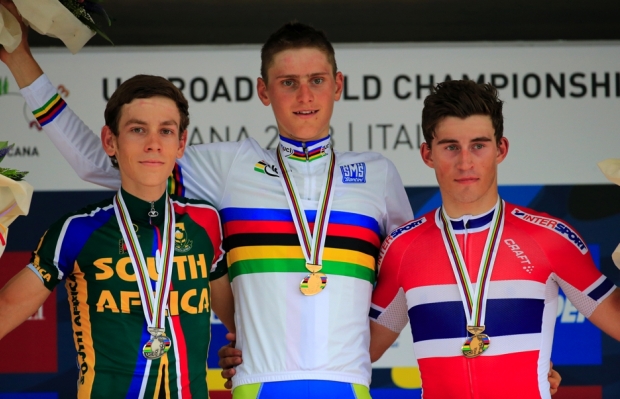 Ridley: Exclusive Parnters of the K.B.W.B.