Travis Meyer continues his recovery following a training incident where he was hit by a vehicle in Andorra on April 12. The former Australian Road Champion was in training for the Presidential Tour of Turkey where Drapac Professional Cycling is currently racing.

Having been released from hospital, Meyer is now in Girona, Spain. The 24-year-old was initially evacuated to Barcelona’s Vall d’Hebron to receive treatment, before being transferred to a medical facility in Girona where he was closer to a supportive cycling community.

“My recovery is coming along really well,” said Meyer. “I am much better than I was even a week ago.”

“I was lucky to end up with ‘only’ a broken jaw near my chin, a fracture in my joint near my ear, fractured arm, bruised lungs and some bruising all down my right side,” he said. “I have two plates in my jaw, my jaw wired shut and a plate and screws in my arm.”

Meyer is only able to consume liquid meals given the injuries to his jaw.

Meyer doesn’t remember the collision itself, however the driver of the vehicle told police that he turned out of a side street while the cyclist was travelling down a slight descent.

“That would explain why my whole right side is damaged and my left untouched,” said Meyer. The driver rendered assistance at the scene, admitted fault and accompanied Meyer’s wife, Genna, to the hospital.

While certainly missing being with the team in Turkey, Meyer has been enjoying the action on television this week and has been buoyed by Drapac’s performances.

“I have Eurosport here so I have been sitting down in the arvo and watching the Drapac guys get amongst it!” he explained. “The only problem is that I get a bit edgy as I want to be out there with them.”

Meyer said that his wife in particular had been a great support throughout the ordeal.

“The number one person that I need to thank is my wife, Genna. She has been by my side through the whole ordeal – literally, as she slept in a chair next to me for a week – and the way she handled the situation was amazing,” he explained. “She had to deal with everyone from nurses, doctors, insurance and alert people at home and the way she handled it was incredible.

“My mum and mother in law flew over to help Genna and me and that was such a great help. Our families have been very supportive and made sure we are okay.

“Also the team have been fantastic in making sure I am okay and kept in regular contact with Genna through the event,” Meyer continued. “They have been super supportive and I can’t thank them enough.”

As Meyer continues his recovery, it is hopeful that he will return home to Australia at the end of this month. 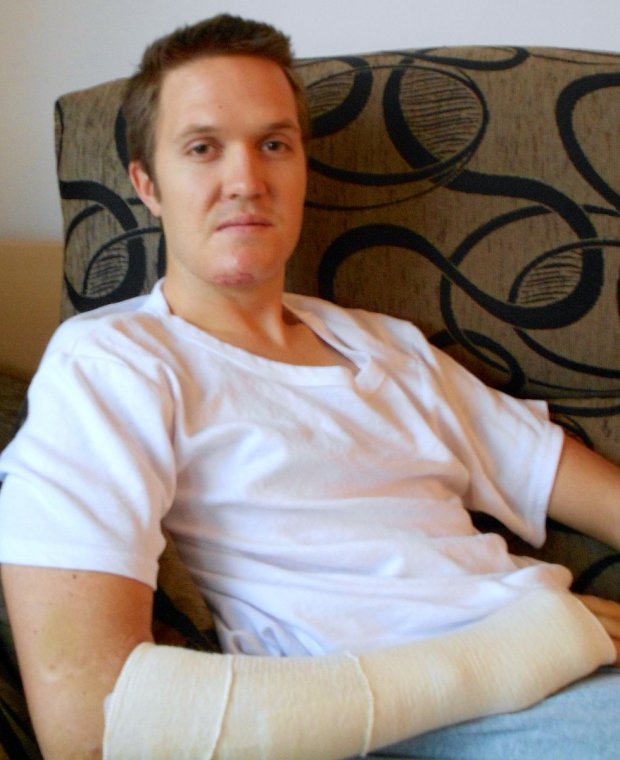