Michael Rogers sits in his usual seat in the team bus on the way to the start of the 8th stage of Giro d’Italia. He has his computer placed in his lap and is scribbling away programming databases as a personal hobby. Before turning pro he studied computer science in Australia. From time to time he looks up from the screen to make a quick analysis of the stage to come or to fool around with his teammates.

Michael Rogers is competing in Giro d’Italia less than a month after returning from 6 months without racing. The 34-year old experienced Australian was cleared completely to race again after UCI ruled that he’d been contaminated with clenbuterol in China. For Michael, doing a grand tour so soon after his return is the perfect way to get back to top shape again as fast as possible.

“It’s a rude awakening to do the Giro so soon but it’s just what I need. I’m satisfied and relaxed at the moment and very glad to be racing again with my teammates. It’s difficult to be at home when all I really want to do is to contribute and do what I do best out on the roads”, says Michael Rogers as he looks ahead to the rest of the season.

At the start of the 8th stage, Michael Rogers is the second best placed rider from the Tinkoff-Saxo squad in 23th place. On the tricky 6th stage to Montecassino he followed the favorites after the big crash in the finale up the finishing climb. Rogers tells that his great shape is due to a devoted effort during his time away and that he sees the Giro as an important chance to get many race kilometers in the legs before the Tour.

“I never missed a single training during my break. That was really important for me. It means that I have a strong platform to improve my shape upon. I’m doing the Giro to help Majka and Roche as much as possible but besides that I aim to prepare for the Tour so I can compete in top shape in July”, Rogers explains.

Importance of a road captain
The three-time World Time Trial Champion’s return hasn’t gone unnoticed by his teammates and the staff on Tinkoff-Saxo. Sport Director Lars Michaelsen is pleased to have “Mick” back on the squad as he acts as the sport director’s extended arm in the race.

“He brings so much experience and calmness to the team. For the young riders on the team, he’s a person they can rely on for guidance and support as some of them are doing their first grand tour of their career. He acts as a road captain taking important tactical decisions in the race and that’s priceless for a team to have. His analysis during the stages are swift and he keeps a constant eye on the state of his teammates and the way the race progresses”, says Lars Michaelsen and continues.

“As a sport director I have a clear impression of what happens on the road – I’m in contact with the riders on the radio and follow the progress on the screen in the car. But I can’t always feel what’s going on in the peloton and how all the riders are feeling. So to have a road captain like Michael back helps me to do my job even better. Without any delay he can order the team to the front or to attack at a crucial moment, concludes Michaelsen who expect Michael to get stronger and stronger as the Giro advances. 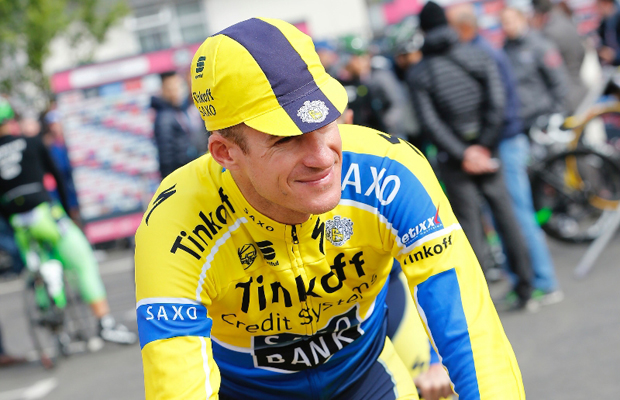