Sidi Wire shoes for the 2015 season’s Spanish revelation, who will lead Team Sky at the 2016 Giro d’Italia.

Mikel Landa is getting a new jersey and new shoes. 2016 will be a very important year for the strong Spanish rider, who was an authentic eye-opener last season. After two years wearing the Astana jersey he has now joined the Team Sky. Sidi Sport is pleased to announce that in 2016, for the first time since he’s been riding as a pro, Landa will be using Sidi shoes. His feet will be sporting the Wire model, which remains the top of the line in the Sidi Sport brand road collection, even in 2016. 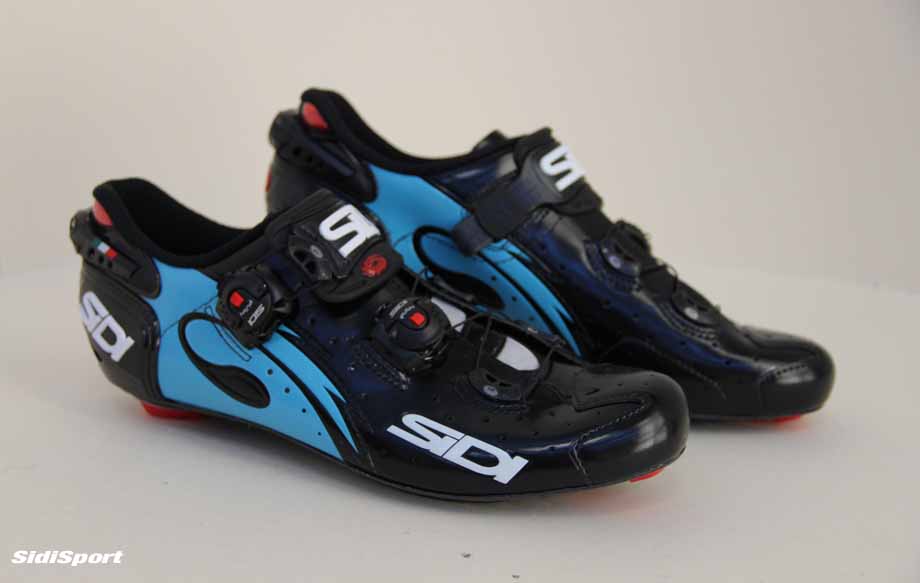 Landa has been in the pros since 2010, when he wore the Orbea jersey. The following year he moved to Team Euskaltel and scored his first victories. In 2014 he arrived on Team Astana to play an important role next to his captains. Nonetheless, Landa managed to carve himself out a day of glory when he won the stage arriving on Monte Bondone in the Giro del Trentino, demonstrating class, strength and impressively performing legs.

2015 was his breakthrough year, and it kicked off right away with a nice victory in the Vuelta al Pais Vasco. For the Giro d’Italia Landa was supposed to serve as backup for his captain, Fabio Aru, but, even though he carried out his supporting role to a tee, Landa went above and beyond to capture the 15th stage with arrival at Madonna di Campiglio, shaking off Jurij Trofimov, Alberto Contador and his Captain Aru in the final. After the day off he repeated the feat, breaking out in front of Steven Kruijswijk and Contador once again, thus scoring his second consecutive success in the second major mountain stage with the gruelling climb on Mortirolo and the arrival on Aprica. He also made it to the final pink podium in third place, hot on the heels of Contador and Aru.

Mikel Landa’s brilliant 2015 then continued at the Vuelta Espana. He started off as a first class supporting player for Nibali and the eventual winner of the Spanish race Aru. After a 120 km breakaway in the 11th fraction from Andorra la Vella to Cortals d’Encamp, Landa won this reigning stage of the 2015 edition, which featured an impressive total of six mountain grand prix.

Landa had a hard time finding his place between two captains like Nibali and Aru. He wanted to try the role of leader and decided to find a way to become one. His chance came with Team Sky, where he will race in 2016 and 2017. The British team has already confirmed that Landa will be their leader in the Pink Race.

Mikel Landa will be supplied with a Wire shoe in black patent leather featuring the blue Sidi vortex, which will be coordinated with the graphics on the Team Sky jersey. 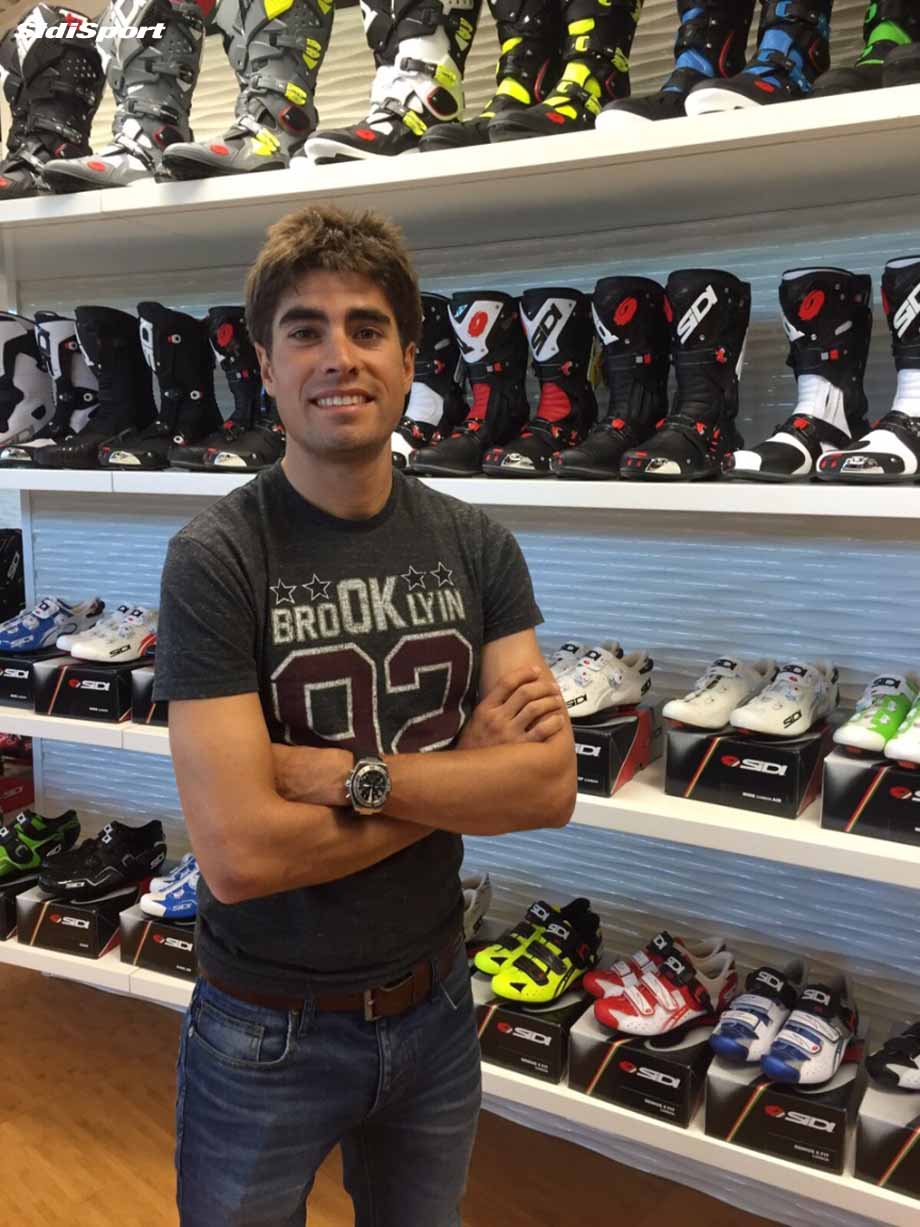 “For me a new adventure has begun. My main goal for 2016 is the Giro d’Italia. Being the leader of a team is a great responsibility but this doesn’t scare me; on the contrary, it’s a huge motivator. The road to the Giro will start with the Volta a la Comunitat Valenciana (3-7 March) then the Vuelta al Pais Vasco (4-9 April) and the Giro del Trentino (19-22 April), all part of a plan to arrive in top form for the Corsa Rosa, which sets off from Apeldoorn in Holland on May the 6th,” explains Mikel Landa, the 26 year old Basque from Mungia.

“In 2015, even while doing an outstanding job for his captains, Mikel Landa managed to score some important victories and results. He’s shown guts, loyalty, character and fantastic determination. These are all qualities which I have always admired in a rider, and this is why we wanted him to become a part of our group of champions. With Team Sky in 2016 Landa will get the opportunity to ride as a leader and our hope is that he may reaffirm himself at the highest level,” explains Dino Signori, head of Sidi Sport. 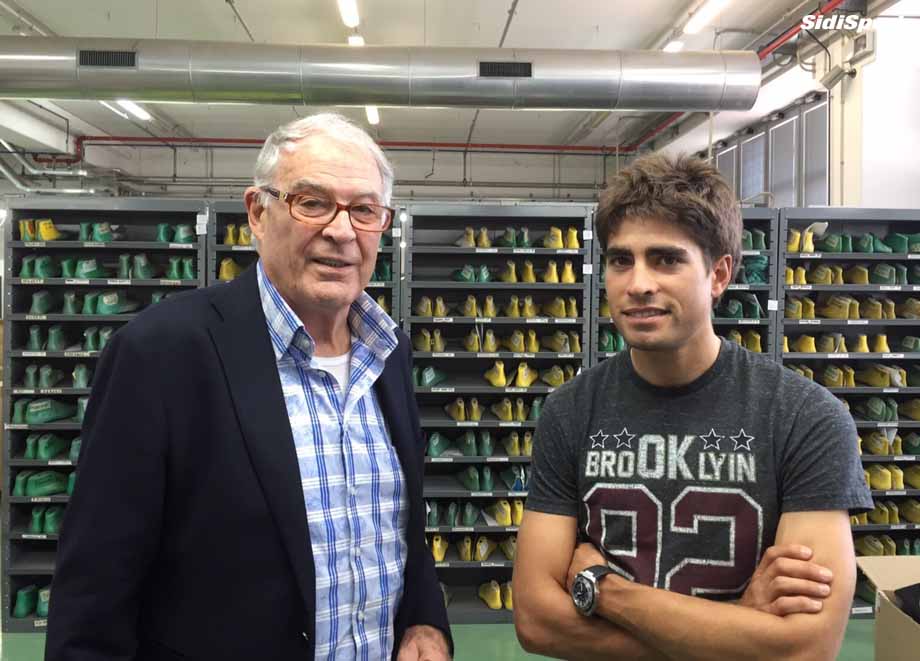 Photos of Mikel Landa’s recent visit to Sidi Sport general headquarters in Maser (Treviso), his meeting with Dino Signori and the tweaking of the Wire shoes he’ll be using in races for 2016.