On Thursday 1 and Friday 2 October the classic races, organised by RCS Sport/La Gazzetta dello Sport, will form part of the “trittico d’autunno” together with Il Lombardia on Sunday 4.

The two classic autumn races have been presented today at the Assessorato allo Sport Regione Piemonte. The races will be be almost entirely raced in the Piedmont territory, with the exception of the initial 70km of the Milano-Torino.

Milano-Torino, the oldest classic in the calendar, will take place on Thursday 1 October, starting from San Giuliano Milanese and finishing in front of the Basilica di Superga after 186km. This is the oldest classic bicycle race in the world; its first edition was in 1876 with victory going to Paolo Magretti. Since then, many great champions have won it.

Friday 2 October marks the return of GranPiemonte, with a route developed in the Canavese region. The race will start from San Francesco al Campo and will finish in Ciriè after 185km. The last edition of the race was in 2012 – from Fossano to Biella – saw Rigoberto Urán take victory. 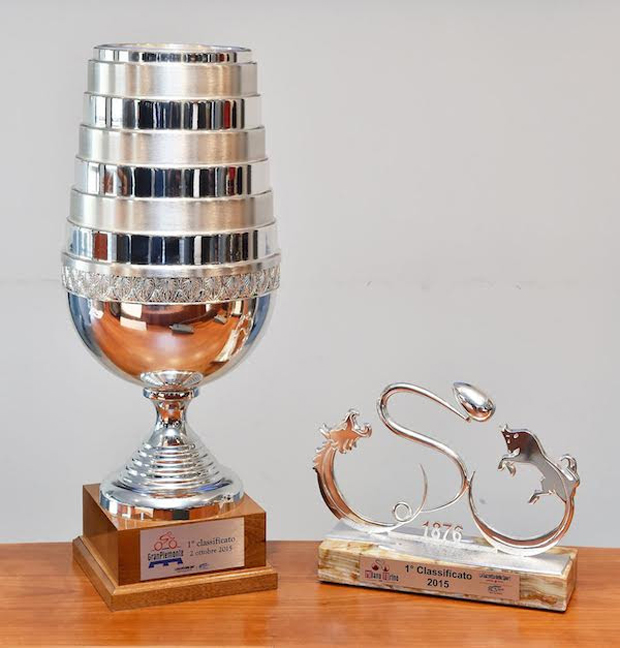 THE ROUTE – MILANO-TORINO
Starting in San Giuliano Milanese, this year’s Milano-Torino route crosses the Pianura Padana on flat roads with a long progression through the areas of Vigevano and the Lomellina until the start of Casale Monferrato; here the route profile of the race undulates with smooth climbs that lead to the final circuit.

After San Mauro Torinese the route follows the river Po along Corso Casale before climbing towards the Basilica di Superga for the first time. The route then descends to Rivodora along a challenging descent (dropping 600m) that takes the riders back to San Mauro before they start the climb back to the finish line with an inclination that can go over 10%. A feed station is in Pozzo Sant’Evasio, slightly after Casale Monferrato (km 91-94).

Final kilometres
The last 5km (which are repeated twice with the exception of the final 600m) start in Corso Casale, Turin. Here, the climb to the Basilica di Superga starts. Its average inclination is 9.1% with a maximum inclination around the middle of the climb of 14% and long stretches at 10%. 600m from the finish line there’s a U-turn to the left to face a 8.2% ramp before the last bend, which is only 50m from the finish line (road is 7m wide). 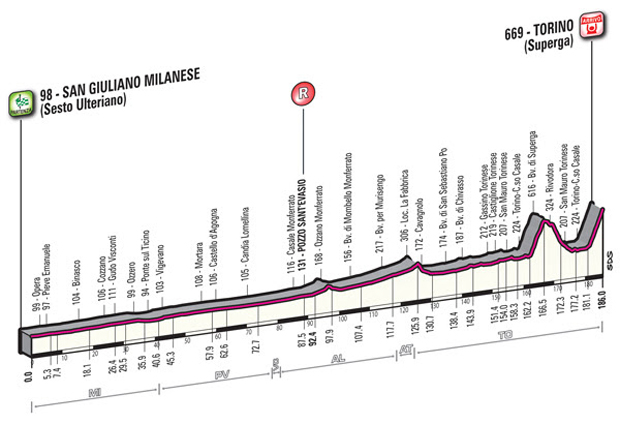 THE ROUTE – GRANPIEMONTE
The route is divided quite clearly into two parts. The first 110 km run along the Canavese roads up to Ivrea. Here the second part begins and features quite technical climbs and descents that lead to the final 13.3-km circuit in Ciriè.

Past Ivrea, the route takes in the Alice Superiore climb (7 km with an average 5% gradient); then, after a short yet quite technical descent, it climbs again towards Prascorsano (8 km with a 4% average gradient, and sharp peaks over the first sector). A second tough descent leads to Rivara and Rocca Canavese. Here, the route descends slightly all the way to Ciriè, after 171.7 km of racing, for the first passage to the finish line. The final 13.3-km circuit is then covered once. The fixed feed zone is located in Piverone, on the SP. 228 (km 87-90).

Final kilometres
The final 13.3-km circuit (to be covered once) rolls on virtually flat and relatively wide roads with just a 500m uphill stretch (with a 6% gradient) mid-circuit. The final kilometre features two ninety-degree turns in the urban area; this leads to the 250m-long home straight (on 7.5m wide asphalt road). 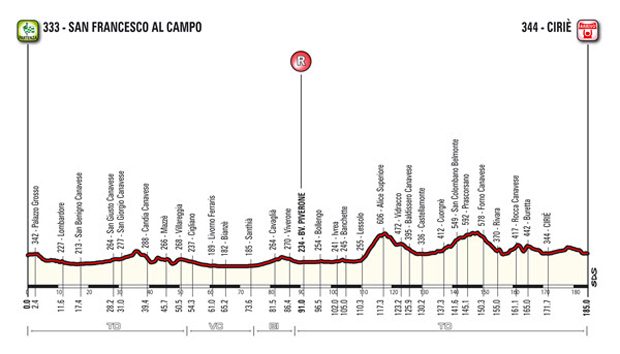 Giovanni Maria Ferraris, Assessore allo Sport Regione Piemonte, said: “I’m really happy to salute the presentation of those two classic races that have, over the years, brought fame and visibility to our region and that this year are back to showcase our territory thanks to the presence of nationally and internationally famous riders. Thanks to the support and the collaboration of Regione Piemonte in 2015 we will not only be able to race the Milano-Torino, one of the most beloved among the fans, but we will be able to see the return of GranPiemonte – now in its 99th edition – that will touch various provinces that are part of our region. This is a good example of synergy between public administration and private businesses that underlines the importance of collaboration in a challenging economic climate. I thought that it would have been very important to support the territories that I hope, thanks to these events, will see increased tourism, showing how important the sport is to showcase the beauty of our regions”.

RCS Sport Managing Director, Paolo Bellino, said: “We strongly want to again present those two classic races in the international calendar as they’re an integral part of our professional cycling portfolio. Thanks to the support and the collaboration of Regione Piemonte and all the public institutions involved we were be able to, and we believe that this collaboration of interests will continue in the years to come”.

Mauro Vegni, RCS Sport Cycling Director, underlined: “These two races are strategic in the Italian and International racing calendar. We will see 20 teams racing – 12 UCI WorldTeams and eight UCI Professional Continental – both in the Milano-Torino and in the GranPiemonte. This shows how important these races are for the teams and the riders that will compete in it. The possibility that the freshly crowned UCI Road World Champion will be at the start is really high but, in any case, I’m certain that – as shown in their history by the races’ list of winners – we will have high calibre winners”.