Moolman-Pasio does it again. Victory in La Classique Morbihan

Cecilie Uttrup Ludwig was third in another impressive performance by the Cervélo Bigla Pro Cycling Team.

Moolman-Pasio described the race as being relatively calm for the first 100 kilometres until it reached the final circuit. “On the circuit, we did the Plumelec climb 3 times. The team did a great job, always keeping everyone under control. Clara [Koppenburg] went in every break, Christina [Perchtold] was always there and Nicole [Hanselmann] did a wonderful job looking after us by giving water then going to the front to make the pace.”

The Plumelec climb took its toll on the peloton as the group was whittled down every time on the ascent. The final time up the climb, Moolman-Pasio and Uttrup Ludwig were part of the select group that would contend the victory.

“Coming into the final, Cille and I were in the final group and the last time up the climb I tried to be patient and find the right timing. Alena Amialiusik opened up with 300m to go and I came over her, put my head down and went for the line. I’m really happy to take the win and great for Cille to be on the podium in third place. It’s a great race by the team once again showing how committed we are to one another. Everyone did their bit and tomorrow we can try again.”

The team stays in France tomorrow for Grand Prix de Plumelec-Morbihan Dames. The race is 108km and will start and finish in Plumelec.

Utrrup Ludwig rounds out the podium in another successful day 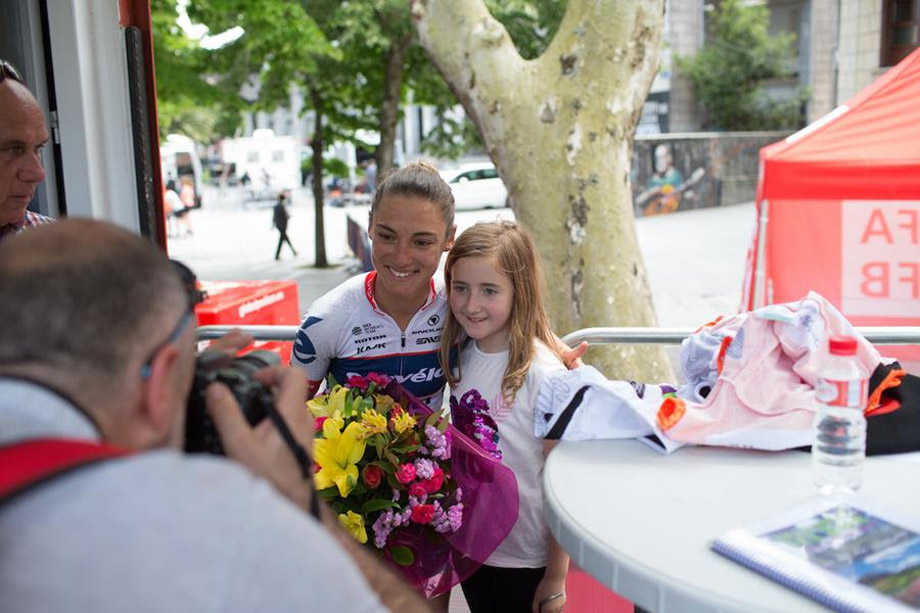