Ashleigh Moolman-Pasio followed her performance in the individual time trial to win her national road race in South Africa on Saturday. The 29 year old retained her title making it four wins in the road race in as many years. The race took place on a 14 kilometre circuit which was negotiated 8 times. Each time on the climb she accelerated to reduce the group. With two laps to go, the group was down to just nine riders with Moolman-Pasio leading them across the finish line. The group shrunk to eight riders and during the last lap she accelerated up the climb in a move that no one was able to follow. A jubilant Moolman-Pasio came into the finish straight with arms in the air to win in a time of 3 hours 18 min.

Ashleigh Moolman-Pasio:
“I’m so happy to win again. I say it over and over again it’s so special to win the national title, especially taking the jersey overseas and I wear it with pride. It’s a pre-Olympic year and I’ll do my best to fly the flag high. With the new Bigla team it’s amazing to have the double title again and with such an amazing new team, I just cant wait to wear the jersey again overseas.

The race was tough. I was stressed for a little while as the girls were marking me. I’ve decided to be stronger later in the season which is something I have lacked and have just come off a big base block and haven’t done a lot of intensity and towards the end I was thinking it’s going to come to a sprint and it’s always a risk with no intensity in the legs. On the last climb I just decided to give it everything and when I looked back and they weren’t on my wheel I was just so relieved and kept pushing to the line. It’s always wonderful to win solo. 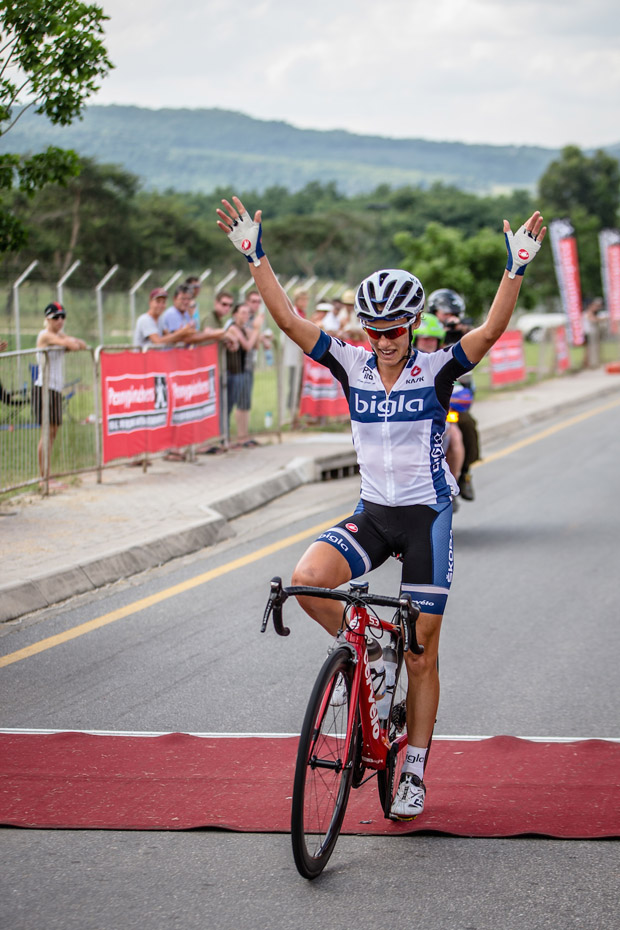