The 33-year-old Jesus Hernandez has been a professional rider for 10 years now and has on several occasions shown himself as a loyal and super-domestique – an all-sacrificing rider when the going gets tough in the steep mountains. In the 2014 Tour de France, his job will be supporting Alberto in high altitudes:

“I’m ready for this Tour. I have a good and strong feeling and I have been working hard these last weeks between Dauphiné and the Tour de France. My role in the Tour is to stick close to Alberto and support him as long as I can in medium and high mountains. I surely hope I can make a difference for him and the team and that everyone is happy with me and with my work. I’ve spent a lot of time with Alberto and I know that this year, he’s only been thinking about winning this Tour. I believe he can. I have confidence in him”, Hernandez concludes.

Michael Mørkøv is respected for his high level of professionalism in an intensely professional sport and his tactical skills are known on the track and on the road as well. He has an awesome ability to read and predict the races he’s doing, he’s a loyal supporting rider and he has a fierce sprint in bunch sprints as well a in a small group. The above combined with his excellent condition and skills to move around in the peloton put him in the line-up for this year’s Tour de France:

“I think I have had a good spring and I’ve been preparing especially to deliver during the Tour. I believe Alberto has faith in me to support him on the flat stretches and I’ll do whatever I can not to let him or the team down. I think it’s going to be a very exciting Tour de France and maybe one of the most thrilling in many years since Alberto has had a fantastic season so far. Obviously that has provided him with renewed confidence and he might be in the shape of his life,” says Tinkoff-Saxo Dane, Michael Mørkøv. 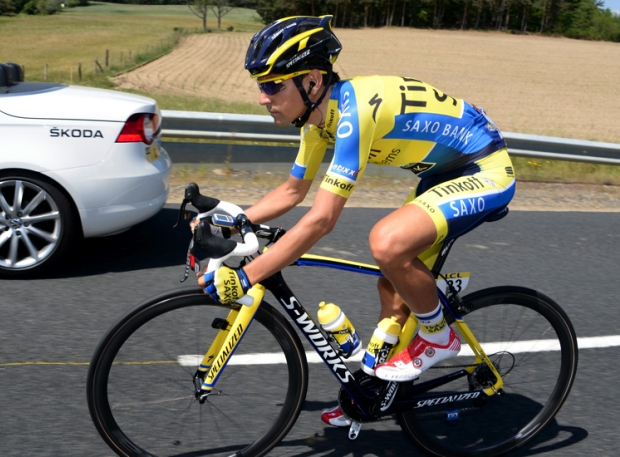 Interview with the Winner of the 2012 Edition, Moreno Moser…

Lotto Belisol: Tony Gallopin counts down the days till the Grand Départ