Movistar Team completes notable 2013 Vuelta with a second consecutive overall podium for Alejandro Valverde -the fifth in his career-, 3rd in the GC and green jersey. Chris Horner (RLT) becomes champion in Madrid

The famous Plaza de Cibeles in Madrid was the finishing point one more year for the survivors of the Vuelta a España, which left a sweet taste for Movistar Team in their third season with Telefónica’s sponsorship. Alejandro Valverde brought his regularity to the fore once again to claim the third place of the podium, behind Chris Horner (RLT) and Vincenzo Nibali (AST), the second GT with a Blue rider on the final picture in 2013 after Nairo Quintana’s 2nd place in the Tour de France. The Spaniard also conquered his second Points jersey in the race.

The end of the GT stage-winning streak was one of only two negative sidenotes -with Pablo Lastras’ withdrawal due to a crash en route to Castelldefels being the other one- for the Movistar Team, which leaves an impressive record on the books -eight consecutive Grand Tours, from the 2011 Giro to the 2013 Tour-, only matched by two squads (Lotto and Fassa Bortolo) in the last ten years. The team directed by Eusebio Unzué closes its journey through the three biggest stageraces in pro road cycling this season sitting in 2nd place of the WorldTour team’s ranking -closing in on Sky’s top position- as they conquered their 14th Vuelta podium in more than thirty years in the top tier.

FINAL OVERVIEW:
Alejandro Valverde: “This Vuelta was satisfactory for me. I’m still there, fighting with the top guns. I was fully into overall contention till the very last day, I came close a couple of times to a stage victory… especially after the Tour I made, where I’m sure I could have got a podium finish shouldn’t have I suffered that incident – that gives me confidence for the upcoming years. I was very regular, and the best proof of that was the green jersey. Getting twice on the final podium is something to be happy about. With only the Worlds left in this season, it’s a great season, as well for me as for all the Movistar Team.

“We knew Horner was a great rider, but his age made us have some doubts about him being able to stay so strong until the final week. He didn’t only achieve that, but also proved to be the best man in the race – he’s a deserved winner. The forced between Nibali, Purito and myself were more equal. There were some days when I was stronger than the other ones, but more or less we were at the same level. I think all podium places make justice to what we saw on the road.

“The commitment from my team-mates, from the first to the last one, was amazing. I was protected by them in all points of the race – I’m extremely thankful for that. It was a really hard Vuelta, not only due to the routes but also with the weather conditions and the long transfers. My worst day was La Gallina: I was completely cracked, I even thought of abandoning, but thanks to my team-mates and the support from the fans, I could bounce back. The crowds were simply fantastic in this race. You realize that when climbing, but also yesterday when I got back from L’Angliru and the people were still there in the rain, waiting for us to pass by for a few seconds. It’s something I admire from the fans – I thank them for all.”

Eusebio Unzué: “It’s true that some of our goals, such as getting an overall podium in Madrid, have been accomplished. We fought until the very end to get onto the highest step, but we found a second youth from Horner and the immense quality from Nibali, the ones we couldn’t beat throughout these three weeks. I’m sincere when I say that the overall classification put the three strongest riders in the race onto the final podium. Alejandro proved once again he’s on top of the game, and he was the only one from the three podium finishers who had raced the Tour. He might not be the explosive kind from his early days, but he became a more solid rider, able to keep consistence and focus in two consecutive Grand Tours, with the quality field both the Tour and the Vuelta had.

“Regarding the rest of the team, we missed Lastras a lot into the final week. He’s a reference for our team, and his absence was felt in some points ofthe race. But all of the other riders were brilliant – better or worse than expected, they all fulfilled their roles. We saw José Herrada turning into an extremely talented domestique. We had Iván Gutiérrez and Imanol Erviti performing extraordinarily well in their helping roles, those ones which aren’t usually seen on TV. The rest of the guys – Beñat, Szmyd, Moreno, Capecchi – also contributed to the goal we were fighting for: winning the Vuelta by protecting our leader to the end. The crucial day was obviously Andorra: we went through a critical moment into that descent. The help by all his team-mates was crucial so Alejandro could get back from that bad day and finish on the podium. That’s why I’m happy: they all did the best they could through these three weeks. We worked really hard to take a stage win. We made some good performances, but we missed that final point to get it. I think the reward for our efforts was inferior to the effort we put on these three weeks. In another subject, I think that the fans are getting back to the roads of the Vuelta: I think this sport is getting its credit back, we’re on the right path. Feeling the crowds close to us is really comforting.” 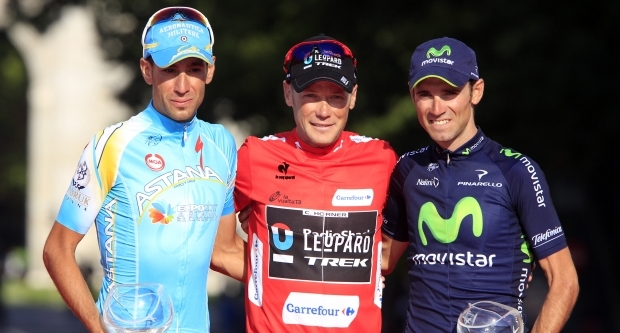 Vuelta with two faces for Belkin