Movistar Team come into their best form -23 victories up to date this season- to the start of the 100th Grand Boucle, with overall podium chances for Alejandro Valverde as Quintana and Rui Costa lead powerful escort for three weeks of racing.

In great mood after four victories achieved in the last four days, taking their season tally up to 23 so far, Movistar Team will be heading into the most prestigious cycle race in the world. The 100th edition of the Tour de France starts on Saturday in Corsica, with the nine riders selected by Eusebio Unzué for the French grandtour travelling to the island on Wednesday. José Luis Arrieta and José Luis Jaimerena will be the Blue team’s sports directors for a nine-man roster composed by Alejandro Valverde, Rui Costa, Nairo Quintana, Andrey Amador, Jonathan Castroviejo, Rubén Plaza, Imanol Erviti, Iván Gutiérrez and José Joaquín Rojas.

The telephone squad will try to extend their GT winning streak with the Movistar jersey -they are the only team in the world to have notched up stage victories in the last seven three-week stageraces- as they also aspire to fight for the overall podium with Alejandro Valverde. Unzué’s structure will take part in the Tour for the 31st time in a row, having won the race seven times (Indurain -5-, Delgado and Pereiro) with 28 stage victories and 80 days in yellow. The Spanish team will start their journey with a flight to Paris on Wednesday, with a second aircraft awaiting for them in the lave evening to take the Blues to Figari.

Eusebio Unzué: “Our goal is to try and get Alejandro on the overall podium. It is his biggest ambition this year, and we have put all our efforts together this season to have him fit to contest it. The last tests during the Spanish road championships show us we have achieved it – he’s coming in perfect form. I think he hasn’t been capable reaching further steps in the Tour more as a matter of bad luck than anything else. I’m convinced he has a Tour podium in his legs, and this must be his chance. It will be important to get over any troubles on the first week, because the stress you have to go under every year always leaves a GC favourite out of contention. This time, the race depart in Corsica will be even harder due to the narrow roads. We have to be cautious about Nairo. I think he created such big expectations due to his impressive results, but I don’t think he’s prepared for us to put on his shoulders such a massive responsibility of fighting for the Tour overall. This team’s philosophy has always been letting young riders grow behind another leader, and we were lucky enough to be right. I won’t be putting pressure on him – we can’t risk putting him into risks and losing him. I want him to know the race, to learn. This will be a learning course for him alongside Alejandro. We also have Rui Costa: we will see how he keeps progressing – he’s still young but has much experience, and we can’t rule him out. I’m sure he will be doing a great Tour and, why not, taking a big leap forward. Apart from those three, we have a strong, balanced, experienced group. Grown men like Iván, Imanol, Plaza or Rojas, with many GT’s in their careers, the guardian-angels for Alejandro. Plus, two men less experienced, but in great form and which I’m sure will do a great Tour, such as Amador and Castroviejo.

“Apart from the natural selection by misfortune in the first week, the Pyrenees and the Alps will be decisive. The TT’s seem a bit less prejudicial for the climbers and the TTT is a short one, so it won’t be decisive either. The first Pyrenean mountain-top finish will be really important – it will be the first mountain stage, and the next one on Sunday 7, despite not finishing in a summit, will also be hard. But everything will be decided into the third week. It will be important to save energy for it, because it’s really interesting – four mountain stages and a demanding time trial. If you look at this season’s results, there’s no doubt Froome is ahead of the rest for the overall. Due to their career performances and their build-up for the race, I think Purito, Alejandro and Contador will be the alternatives, as well as Evans – we’ll see how he does after the Giro. Of course, riders like Van den Broeck will be on the fight and some others will be confirming themselves, such as Van Garderen or Pinot, that up-and-coming generation who will be hitting hard in the future.” 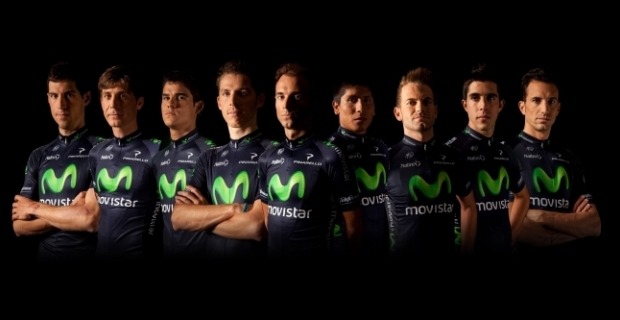