Just like happened in 2014, the Movistar Team outclassed the opposition in the time trial of the Circuit de la Sarthe in France, writing another page of the Blues’ long, brilliant history in the process. Adriano Malori and Alex Dowsett completed the telephone squad’s second one-two in the 2015 season with a convincing performance in the 6.8km TT across the streets of Angers, a success which increases their victory account up to 14 this year and no less than 800 in the 36 seasons since the squad jumped into the pro scene in 1980.

Jesús Herrada completed the exhibition from the lads directed by Chente García Acosta -Malori as only man under eight minutes (7.58), Dowsett just 9” behind his team-mate- with a fine sixth spot. Malori’s defense of his yellow jersey -12″ over Roux (FDJ), 3rd overall; 15″ to Navardauskas, 4th; and 20″ to Jesús Herrada, in a GC with more than 60 riders within a minute- will come over Thursday’s Queen stage, a really demanding one over six climbs of the Côte de la Boucherie in Pré-en-Pail’s final circuit (190km).

“I really went on course with an intention to win today – it was my goal for this race,” explained Malori after the stage. “The legs felt pretty well; it wasn’t an easy parcours since the beginning and the final kilometers were a bit hard and the roads between them had some difficult turns; as I rode through it, I saw it was going to be harder than expected, and I actually profited from my strength on that final section and increased by gap over the rest. It makes you happy, seeing that everything went almost perfectly for the team, with Alex’s second place, my leader jersey… It will be really hard tomorrow; I’ll give my very best, but there’s also Jesús, who is close to the two of us in the overall and climbs better than me. Either way, we are and will be satisfied with whatever happens at the end.”

“We came to this race after La Panne and the Flemish classics, a terrain which doesn’t suit us, and we knew those would be hard days, but knowing the riders that would ride here in La Sarthe, we were conscious that both Adriano and Alex could take this TT as a goal, and everyone did really well”, reflected Chente on the day’s success. “Malori is completing an impressive season; Dowsett is more focused on his work towards the Hour Record attempt and is still lacking some racing form, but has done really well, and Jesús rode impressively. We fulfilled one of our goals for this race with the stage win and we’ll try to stick with Adriano tomorrow, though we know it will be really hard. Still, Jesús is well placed in the overall. We will tackle the stage calmly; we accomplished our goal, so we must take things easily and give our best, yet with not much pressure.” 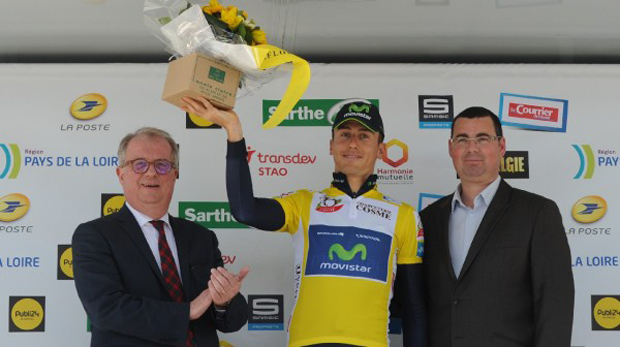 Gorge Roubaix: Hell of the Northwest