Movistar team for the Vuelta

Alejandro Valverde leads strong Blue squad, looking to fight for the overall win in Madrid and keep alive their stage-winning streak in Grand Tours, already at 28 on their victory tally this season.

The Movistar Team has defined their nine-man squad for the 68th edition of the Vuelta a España, starting in Galicia on Saturday. Alongside the race’s bib number 1 and team leader Alejandro Valverde will be Eros Capecchi, Beñat Intxausti, José Herrada, Javi Moreno, Sylwester Szmyd, Imanol Erviti, Iván Gutiérrez and Pablo Lastras. After his 2nd place overall last year -also conquering two stage wins, as well as the Points and Combination jerseys-, Valvere will try to take his second GC victory after success in 2009, having the full team at his service as the Blues aspire to continue their impressive streak in three-week stageraces. Ever since the Movistar Team came into its first Grand Tour for the 2011 Giro, they have achieved at least one stage victory, sixteen in the last three years.

The Blue team will put their efforts on completing a splendid season, with 28 victories already on their 2013 account as the second-ranked team in the UCI WorldTour ranking, and will look to achieve their first-ever GT win in Movistar colours, in what would be the fourth for Unzué’s ranks after Delgado (’89), Olano (’98) and Valverde (’09). The telephone squad’s general manager commented on a block that will be directed on the road by José Luis Arrieta and Chente García Acosta, the duo accumulating 23 appearances in the Vuelta as pro riders:

“As we head into the start, we don’t have any reasons why we shouldn’t think about fighting for the overall win with Alejandro. We think he recovered well from the efforts in the Tour and is perfectly fit to achieve it. Looking for him to get a bit fresher for the start of the Vuelta, we already ruled him out of some early-season races, so he could stay strong in both the Tour and the Vuelta – that’s why we’re confident he’ll keep up. He will be our only GC leader, and will have a strong and balanced team by his side. Riders that already shone in the Giro, such as Beñat, Capecchi, Herrada or Lastras, who had time to recover and get back on the up; Iván and Imanol, who already rode with Alejandro in the Tour; plus, Javier Moreno and Szmyd, who did not take part in any Grand Tours yet this season. All of them are experienced and strong enough, in all terrains.

“The route of this year’s Vuelta will be similar to last year’s, yet having two long, tough stages in the Pyrenees that will probably make the difference. Also Granada and the Angliru should play a significant role in the race – the other mountain-top finishes might not create such big gaps within the GC contenders. Just like in previous editions, the field of race favourites is big and strong. Nibali might be the most solid rider coming into the start, with his great palmarès in all three Grand Tours recently. Still, I think Alejandro and Purito will be close enough to make things difficult for him. Also, riders like Samuel, Colombians Urán, Henao or Betancur, who we will be putting an eye on, or Kreuziger, who is making a great season so far.” 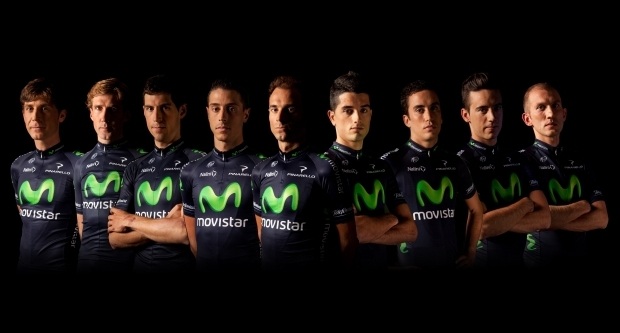